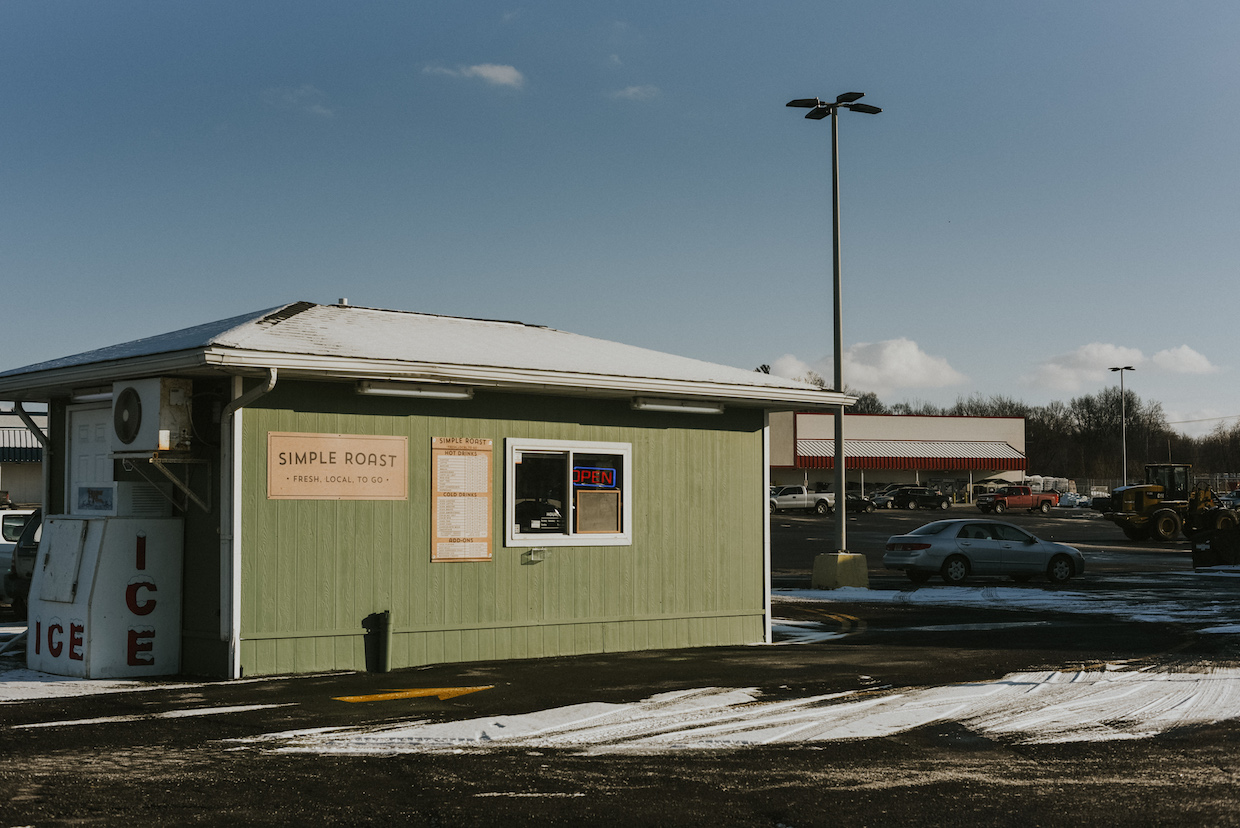 Simple Roast’s second drive-through kiosk opened this month in Auburn. The retail element has allowed the roastery business to grow. All photos courtesy of Simple Roast.

Snagging a quick cup of coffee from a drive-through on the daily commute is a simple pleasure upon which many Americans depend. In Auburn, New York, Simple Roast is adding quality to the basic equation.

A second Simple Roast drive-through kiosk held its grand opening earlier this month, and owner Matt Peirson now believes he has enough skilled baristas at each location that he can devote the majority of his attention to the fire-engine-red Ambex YM-10 roasting machine inside the company’s 700-square-foot roastery, office and storage facility. 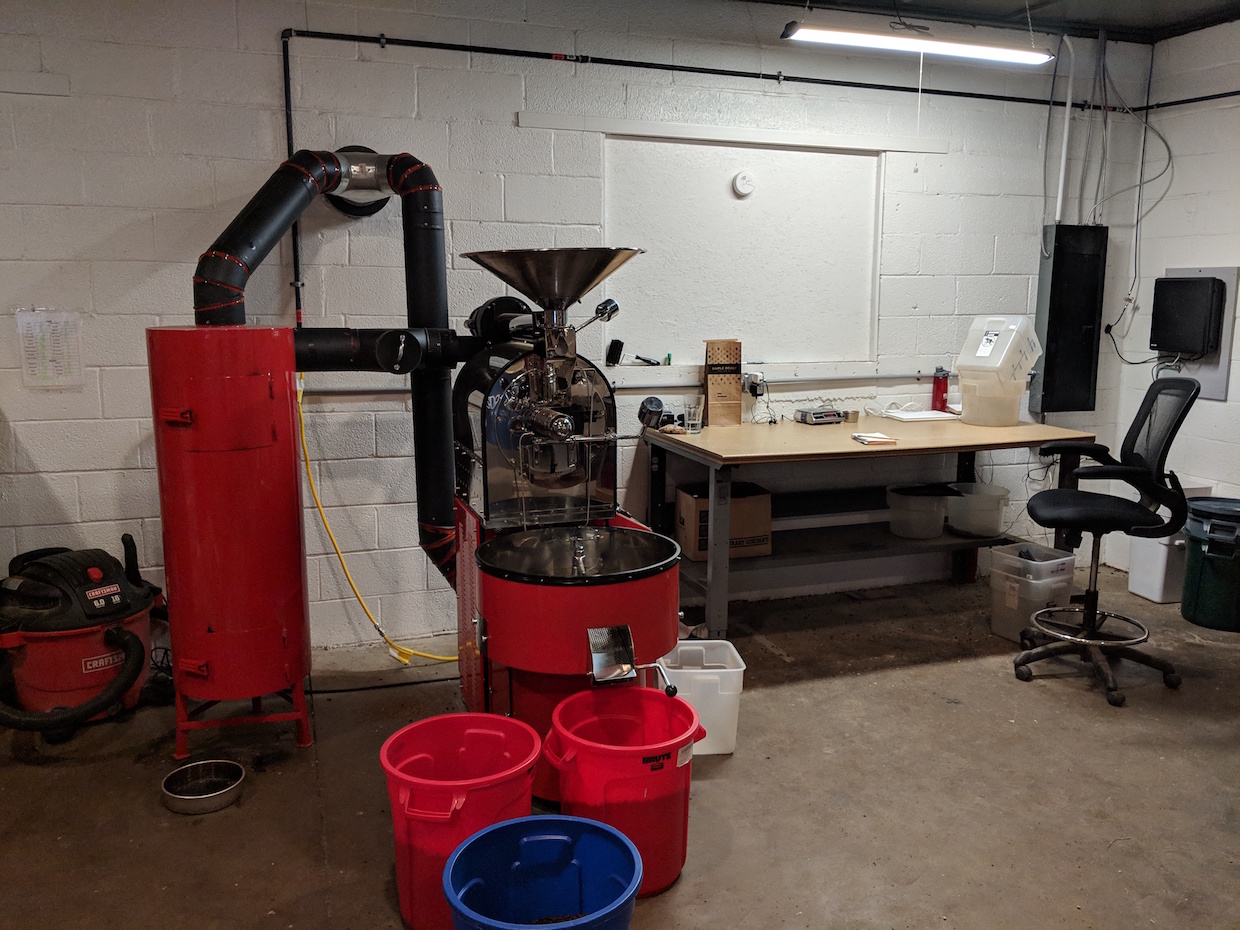 The Ambex YM-10 at the Simple Roast roastery.

Three years ago, prior to opening any drive-throughs, Simple Roast sold its beans at area farmers markets, running through about 50 to 60 pounds per week. Now with two kiosks and a wholesale operation, the company runs through more than ten times as much from its headquarters in the picturesque city in New York’s Northern Finger Lakes region.

“Whenever I start to feel like things have hit a steady pace we hit a growth spurt,” Peirson recently told DCN. 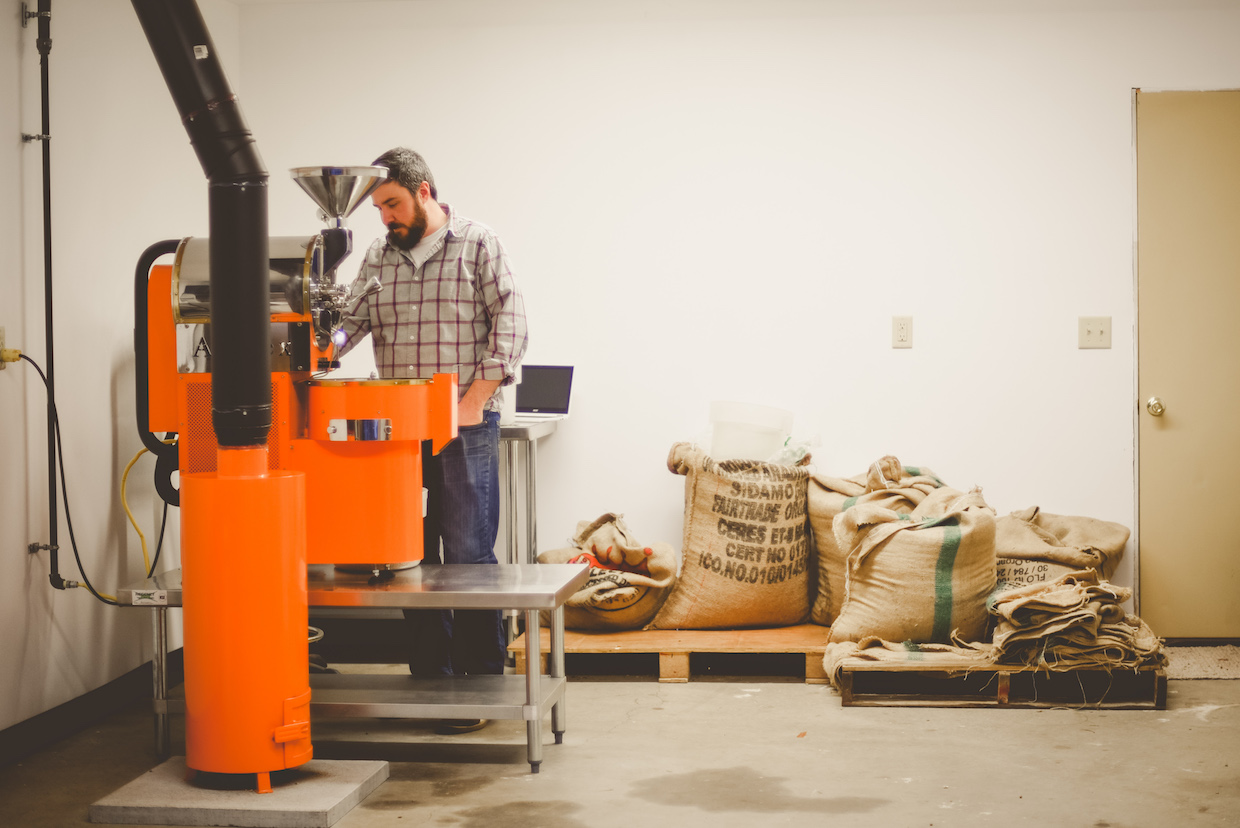 Apart from the plain business sense of succeeding with a smaller staff, moving customers through quickly, and largely avoiding the obligation to commit to a food program that ultimately doesn’t interest him, Peirson said he also enjoys how a drive-through can transform unused space like an empty parking lot into something vital.

“It also helps that we are in Central New York,” Peirson said. “When it’s cold, no one wants to get out of their car if they don’t have to.” 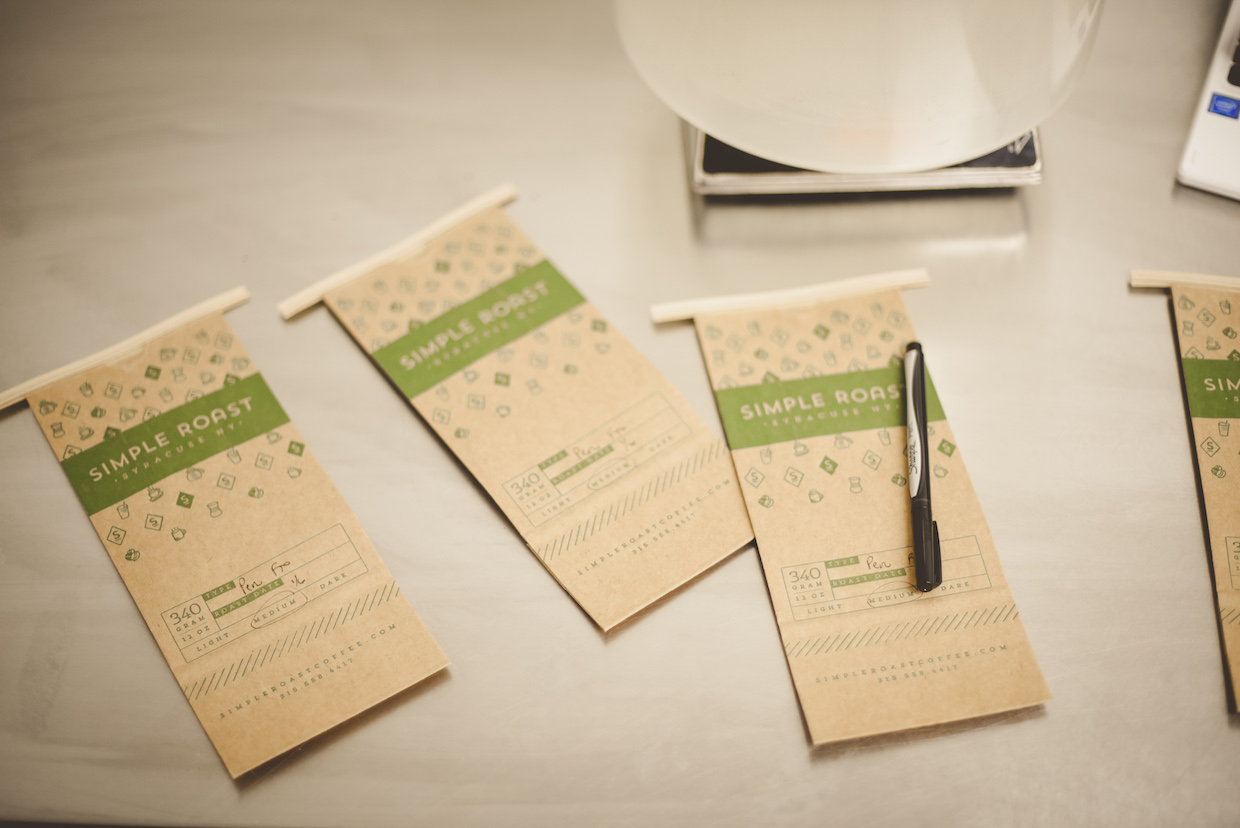 Yet the name of company is also to some extent a description of its approach to production. Having started roasting on a Behmor home roaster without any modifications, Peirson continues to depend mostly on his senses and his palate when crafting roast profiles, rather than complex data logging and software.

“The entire business model is built around the idea that coffee should be approachable to everyone,” said Peirson. “So my thought process is, if you strip away all of the technology and just roast coffee the way you know how and make sure that you and the people you are cupping with like it, that should be enough. I don’t want to make it any more difficult than, ‘Do you like what you are drinking, yes or no?'” 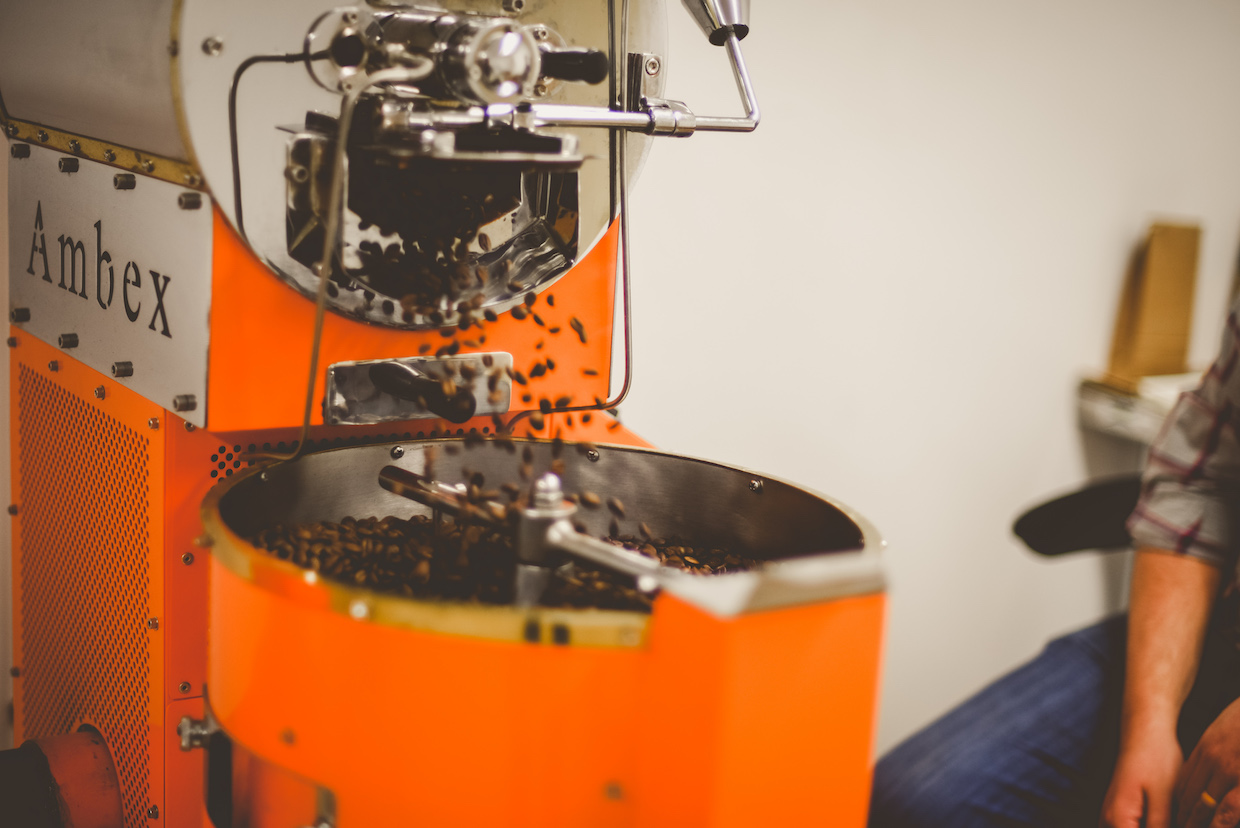 A similar approach applies to the preparation of drinks inside the kiosks. Eschewing the many bells, whistles and expenses of the latest in espresso tech, Simple Roast kiosk drinks menus are propelled by classic Faema E61 espresso machines.

“Our beautiful Faema E61 machines are a staple in our shop,” said Peirson. “At first I was very reluctant, because it definitely looks like something from another time period, but they are absolute workhorses. We were turned on to them by our friends at Coffee Mania who use one in their sit-down cafe in Homer. Both were purchased brand new and have been on 24/7 since being installed and working like champs.” 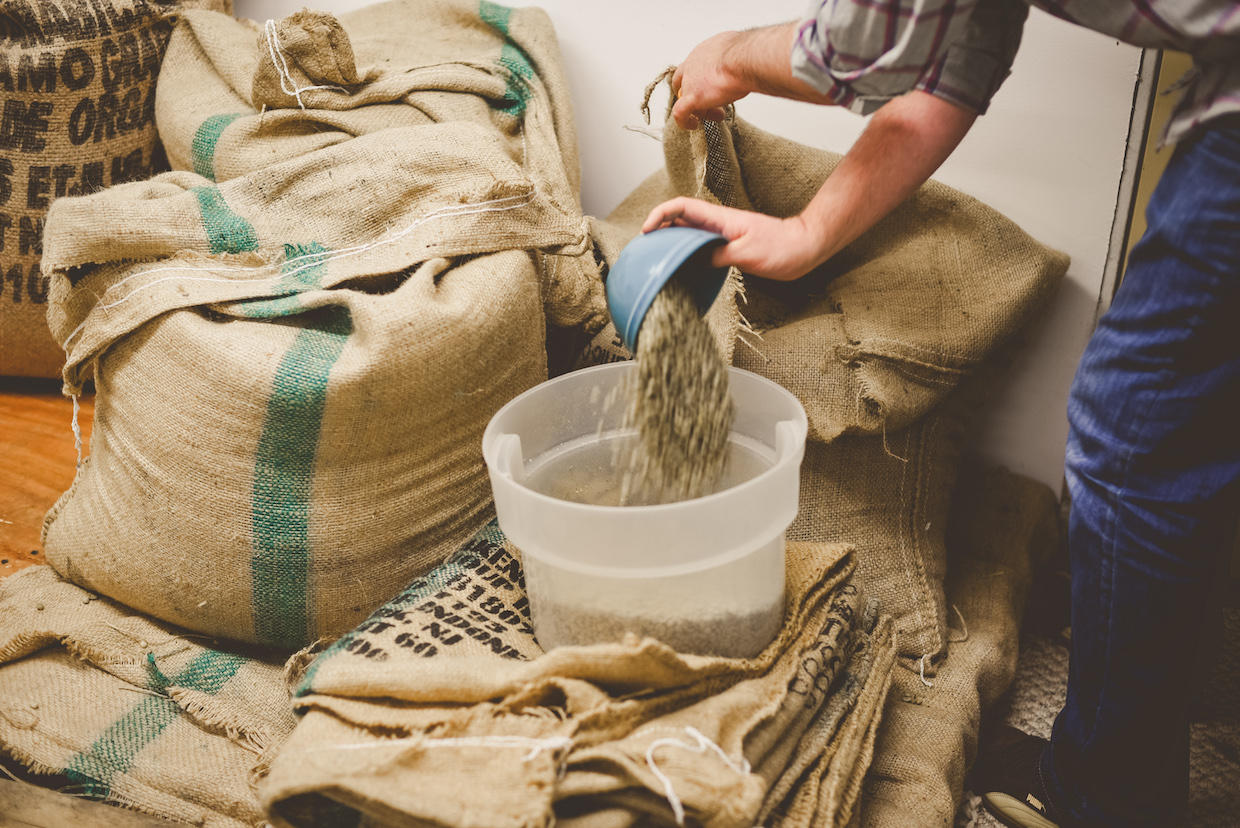 With the company’s two roadside shops now humming along in cruise control and its roastery ready to hit the gas at any time, Peirson said the intent for the foreseeable future is essentially to keep it simple.

“I think my entire staff and I are eager to take some time to just do what we love for a while before looking into future ventures,” said Peirson. “We will of course continue to grow the wholesale side of the business but as far as cafes go, I think we are all set for a while. It’ll be nice to enjoy the location before digging in to start something else.” 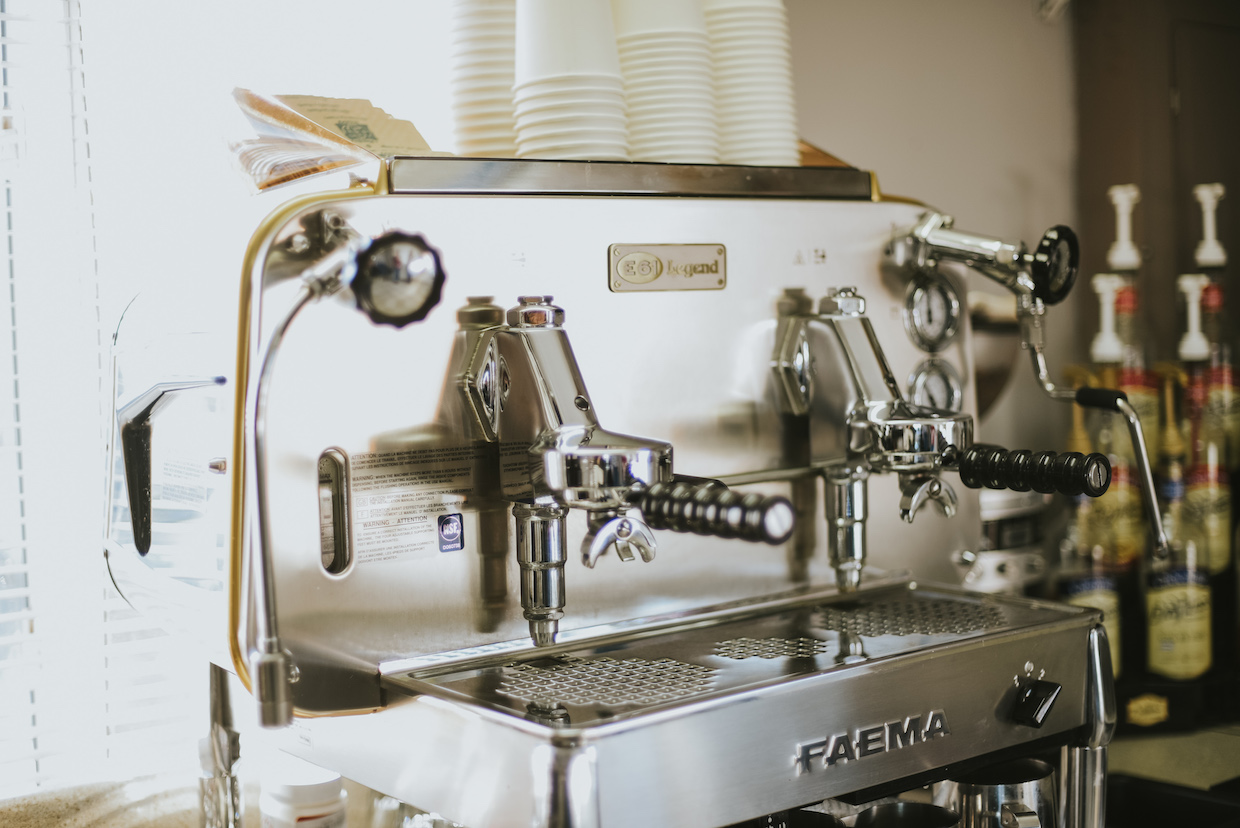 Simple Roast kiosks are located on Auburn’s West Side at 321 Genesee St and East Side at 360 Grant Ave.