Taking in the California Coffee Experience with Frinj and Bird Rock 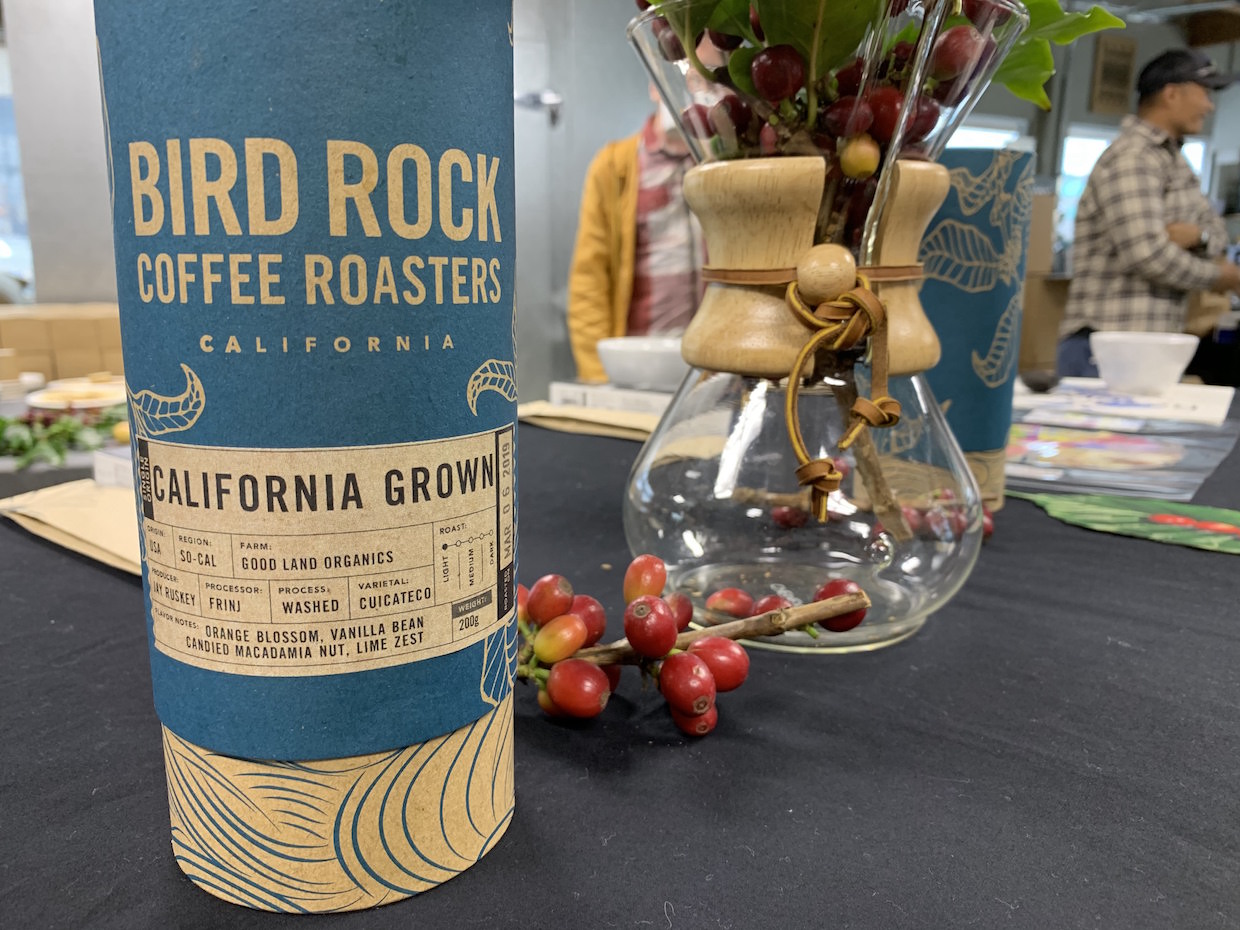 Last week, some 40 guests at the Bird Rock Coffee roastery in San Diego were among the first people in the world to witness the “California Coffee Experience,” presented by Santa Barbara-based Frinj Coffee.

The goal was to introduce the coffee-curious to the blossoming new world of California-grown coffee, a concept that has evolved from the theoretical realm to market-readiness over the past decade, largely through the lead of Frinj and its founder Jay Ruskey. 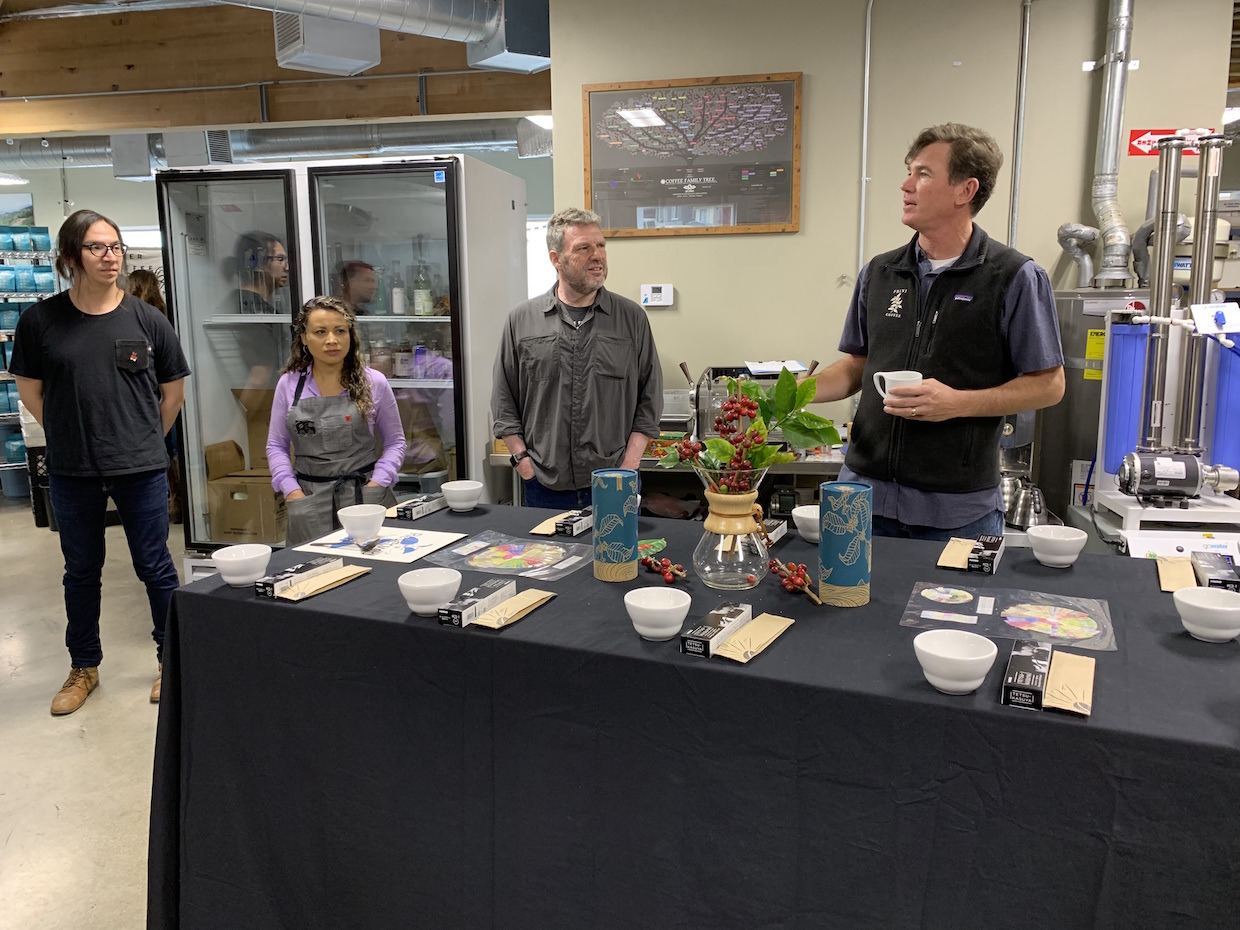 Tickets for the private event, which took place four times over two days, sold for $125 and were quickly snatched up by coffee aficionados from around the world — a barista from Switzerland, a coffee roaster from South Korea, a college student on spring break, and even some California farmers of other crops perhaps interested in joining Frinj’s coffee farmer network. 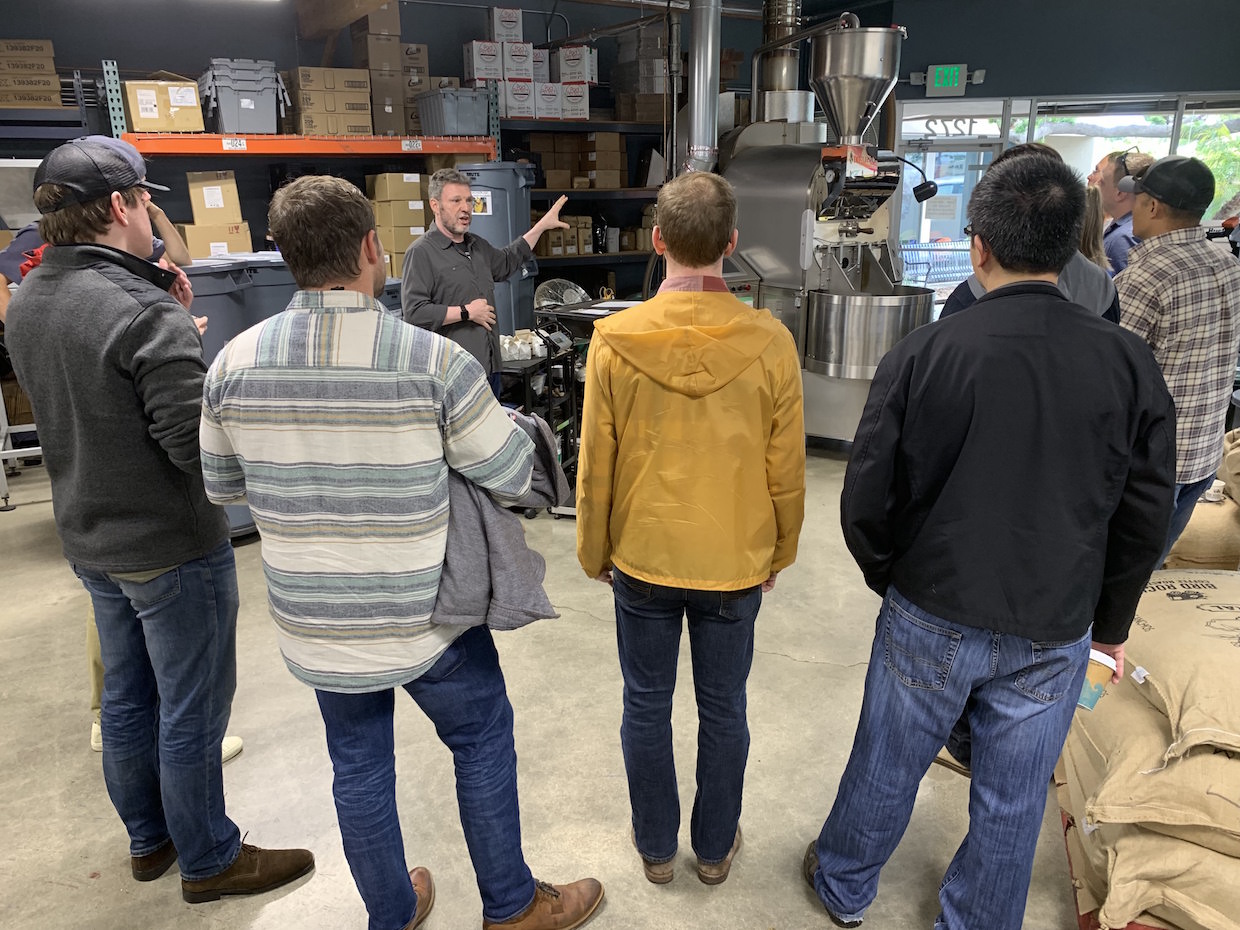 Bird Rock, a Roast magazine Roaster of the Year winner and a company that has prided itself on direct-as-possible relationships with farmers, served as a fitting host for such a farmer-forward event, albeit one that did not conform with the traditional “roaster meets farmer” conventions.

“We’re going to experience a lot of firsts today,” Ruskey promised at the start of Sunday’s morning session. “This is probably the first time that Cuicateco has seen the public eye.” 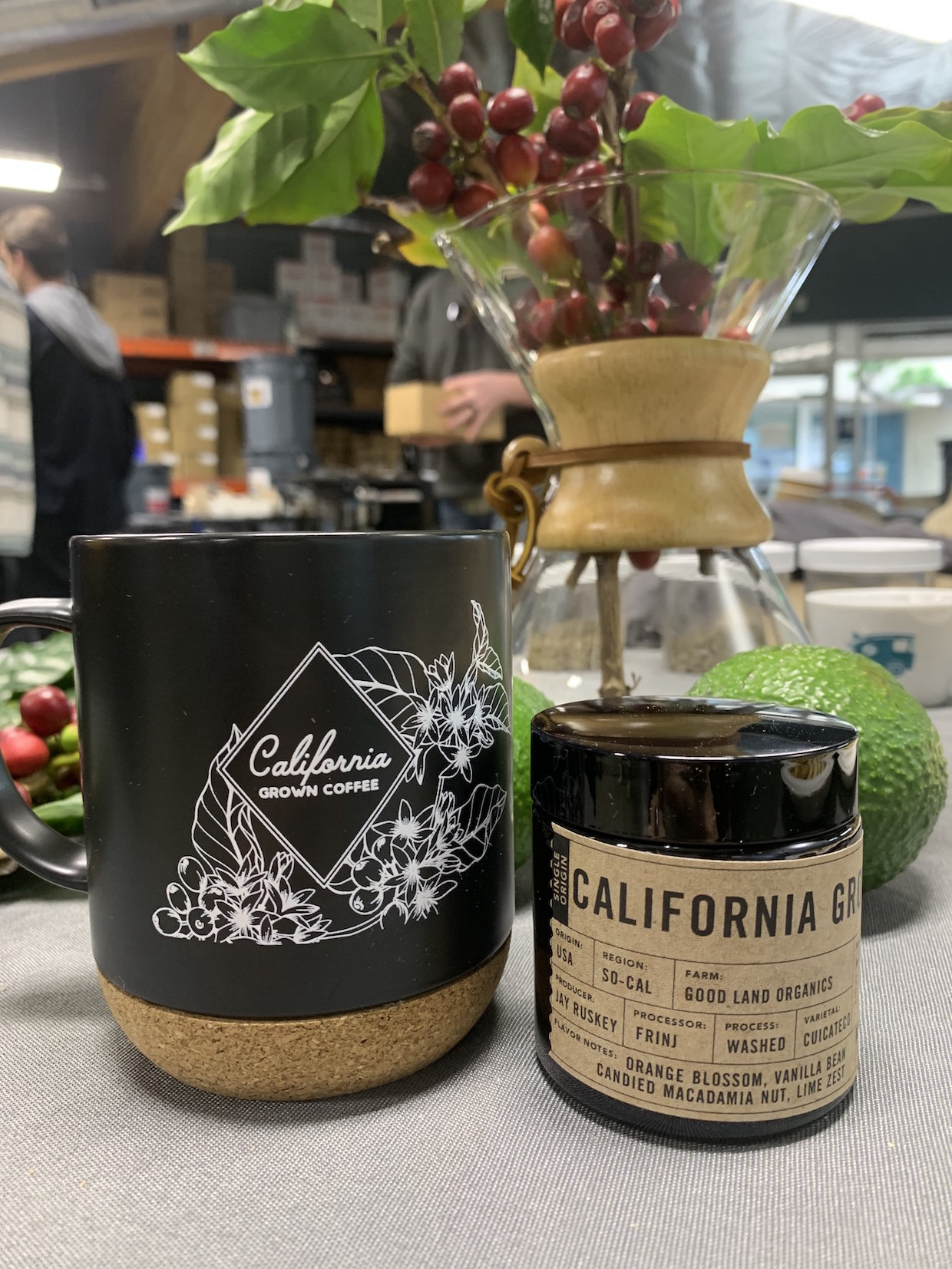 Cuicateco can certainly be considered exceptional. Frinj’s crop of Cuicateco, a Sarchimor hybrid originating from Mexico and cultivated in El Salvador, was recently ranked 92 by Coffee Review after Bird Rock’s roast of the beans.

Frinj produced 17 pounds in total last year, every bit of which was bought by Bird Rock. After setting aside what was needed for the private cupping events, they posted the extra nine or 10 pounds for sale at $100 for 200 grams (just over $14 per ounce). It sold out in two hours.

Said Taylor, “We were very eager to buy the harvest this year.”

After some introductions and brief histories of both Frinj and Bird Rock, Maritza Taylor explained the differences between various popular plant types and how environment can shape flavor in unique ways. D’Allessio, a former vintner, illuminated the parallels between the California wine, beer, and coffee industries in regards to Frinj’s approach to experimentation. 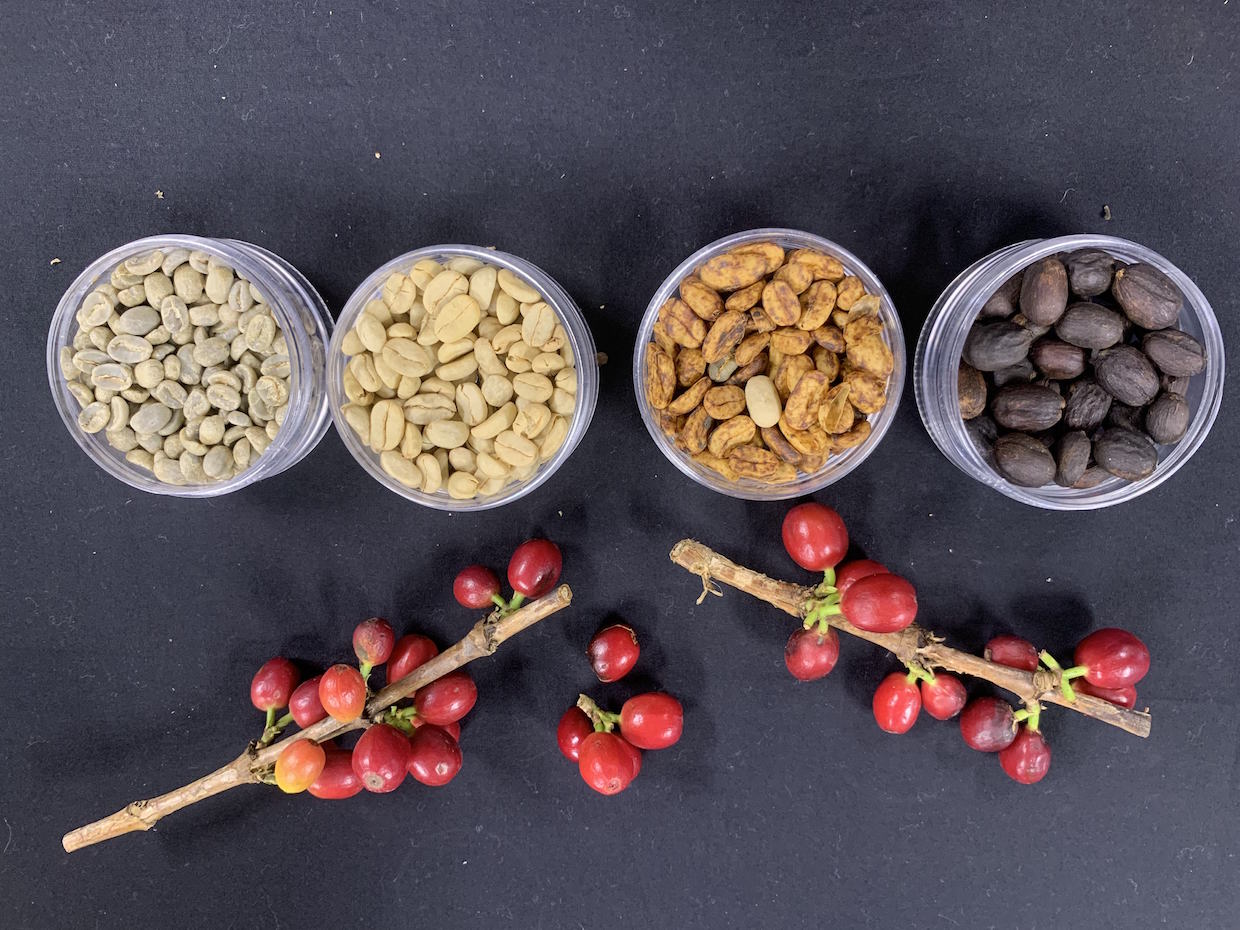 True to the laid-back California mindset, he said, there’s a lack of definition in the current specialty coffee industry, citing the strict rules of French wines vs. California’s “anything goes” mentality.

“Here in California, the experience we want to create, it could be a Gesha experience, a washed experience, a natural experience — it hasn’t been defined yet,” Ruskey added. When I pressed him on what he thinks the terroir of California coffee is, he admitted it’s too soon to tell, then chuckled, saying, “In the next four years, I’d love for you to ask that question again.”

Perhaps there’s no better way to work toward the definition of California coffee than by tasting the coffees currently available. During the cupping, guests called out descriptors as the coffee changed over time. One suggested raw brown sugar; another guessed peanuts. As time passed, I detected light citrus florals and eventually some vanilla notes in the late-stage flavor, along with a creamier mouthfeel. “It’s delicate and silky,” said Maritza Taylor. Everyone agreed. 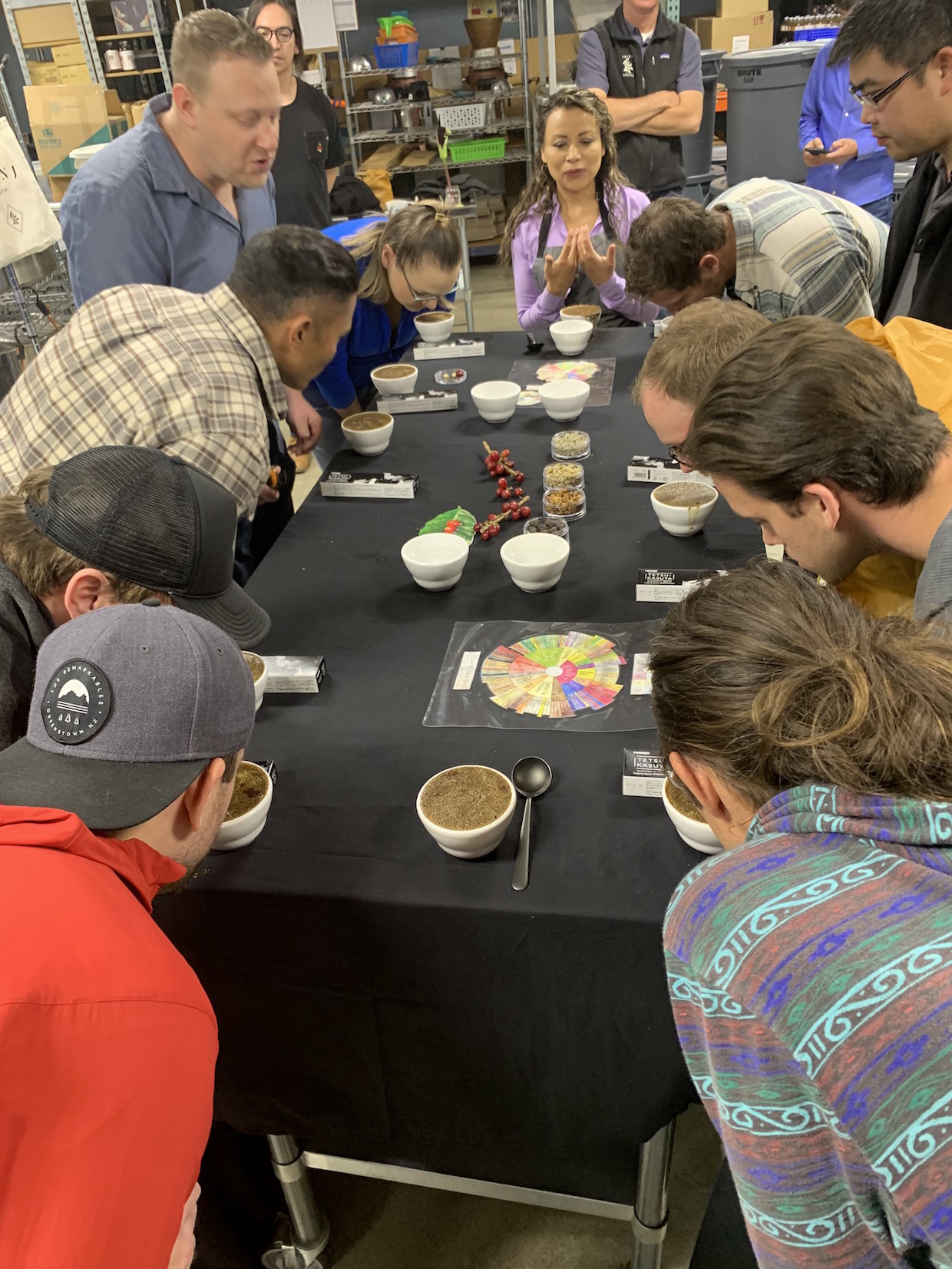 The future of Frinj itself seems bright. As of today, the company’s network includes farms in the greater Santa Barbara and Ventura areas, as well as in northern San Diego. There are currently 35 farmers with plants in the ground, with plans of adding 10 more to the network this year. 35,000 coffee plants are currently growing with 17,000 more coming in the next few months. Ruskey said he hopes to have more than 50 farms on board by the end of the year.

Frinj’s entire output of California-grown coffee in 2018 was around 1,000 pounds, only approximately half of which was sellable. Ruskey said they set aside the rest for “science and propagation.” Even then, the volume was twice as much as the entire inaugural 2017 harvest. Ruskey said Frinj’s goal is to double or triple that number this year and grow to 10 times as much in the year after.

“We’re really setting our sights on the 2021 harvest, that’s going to be the big harvest,” Ruskey said.

Bird Rock will be ready to handle more of the ultra-specialty beans. Not only do they have a new location opening in San Diego, they’re currently expanding their coffee bar and roastery another 2,000 square feet. 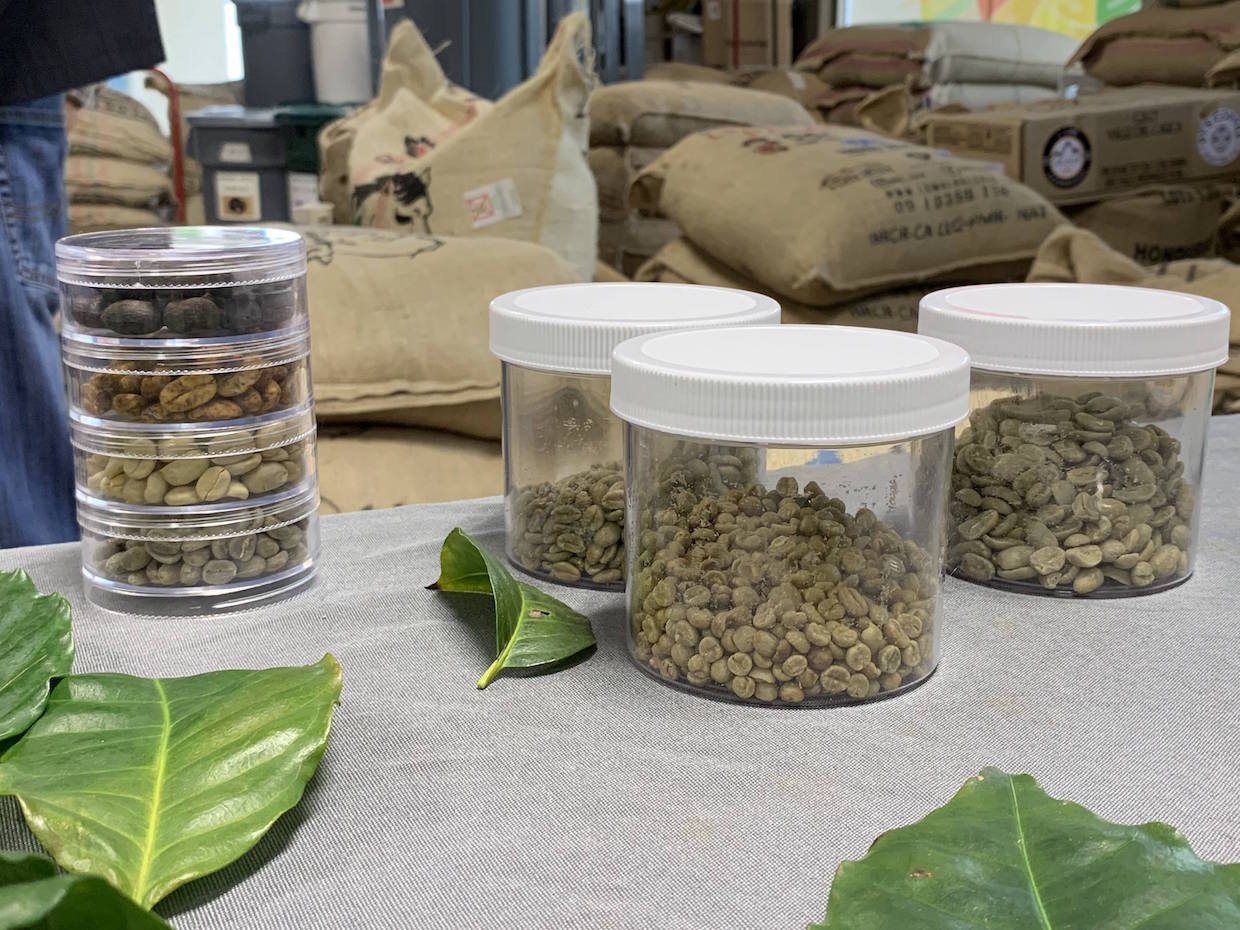 “We have an opportunity to see the craft side of coffee evolve,” said D’Allessio. “There’s an emergence of a new market that made it possible for top specialty coffee to exist.”

Added Bird Rock’s Jeff Taylor, “We’re trying to make California a different coffee experience, trying to honor the coffee and the farmer and what they do. It’s pretty phenomenal.”