At least 13 people have reported lids of Blue Bottle Coffee cans shooting open with force, causing beans to fly out of the container and resulting in at least one injury — a cut to the finger — according to the coffee company.

Blue Bottle issued a press release today announcing the recall of some 194,000 units of its cans, which the company said during their launch in February are “revolutionizing the way we think about coffee freshness and sustainability.” A headline written on the cans themselves boldly stated, “The Future of Coffee.”

The canned, whole bean coffees involved in the recall include the company’s Hayes Valley Espresso, Bella Donovan, Giant Steps, Three Africas, and Night Light Decaf blends. The white cans feature the blue Blue Bottle logo on the front and a best-by date on the bottom. 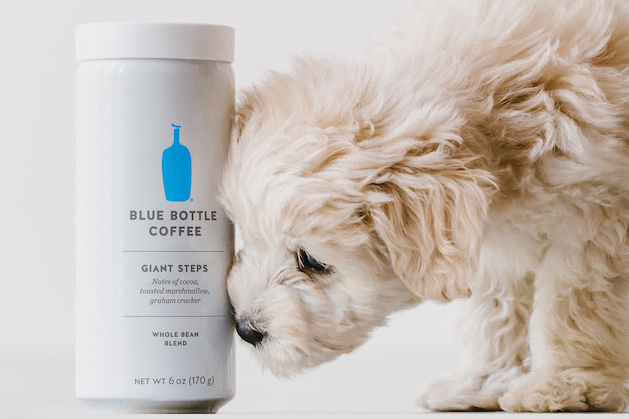 A Blue Bottle promotional photo for its new cans released in February.

Blue Bottle says customers with unopened cans should return to the point of purchase for a full refund, and that cans already opened pose no risk of injury.

When the company unveiled the new packaging in February, it hailed it as a revolutionary moment in coffee freshness.

“We developed a method of pressure-sealing our cans in an oxygen-free, freshness-locking, time-stopping ‘dome,'” the Oakland-based, Nestle-owned company wrote at the time. “Part Buckminster Fuller, part 2001: Space Odyssey, this unique technology, invented by Blue Bottle, ensures that our whole bean coffee can remain at peak flavor for months, until the moment you open your can.”

Regarding that moment, the company wrote, “When you open the can, there’s a pleasant ‘pop’ — it’s Pavlovian.”

That story has changed, according to today’s recall notice, which warned, “The can lid may detach rapidly with force when opened, causing the beans to eject from the can, posing a risk of injury.”