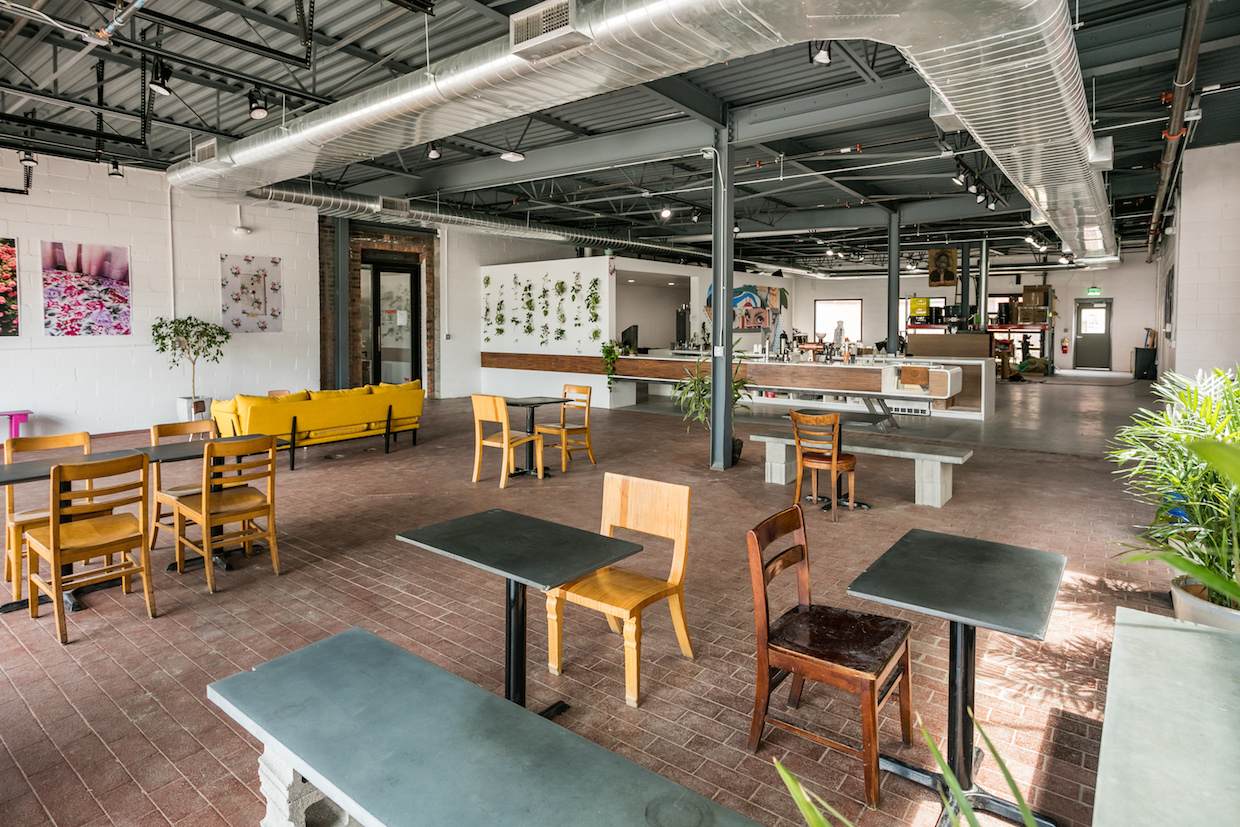 Detroit-based roasting company Anthology Coffee has bid farewell to its original location in the Corktown neighborhood while relocating to the city’s bustling Eastern Market.

Anthology first opened its doors in 2012 inside of Detroit’s Ponyride business incubator, roasting and operating a cafe there for nearly seven years. 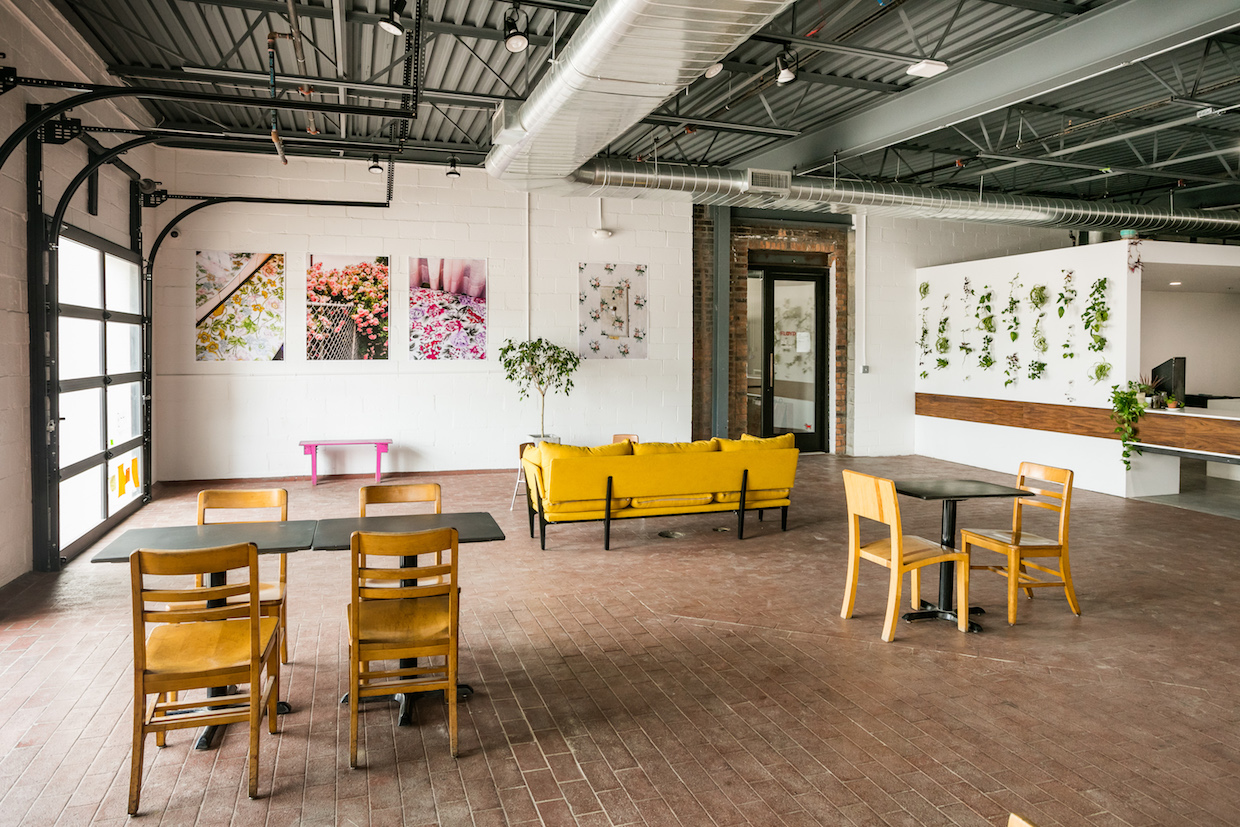 Inside, more than 40 seats are sprinkled around two 18-foot-long custom coffee bars, while an area in the back of the facility is reserved for Anthology Coffee’s 6-kilo Mill City roaster and green coffee storage.

Designed mainly by Longsdorf, who also many years ago worked in construction, the new cafe has a more industrial feel, with several bay windows and brick walls extending to the high ceilings, where wooden beams and ductwork are exposed. 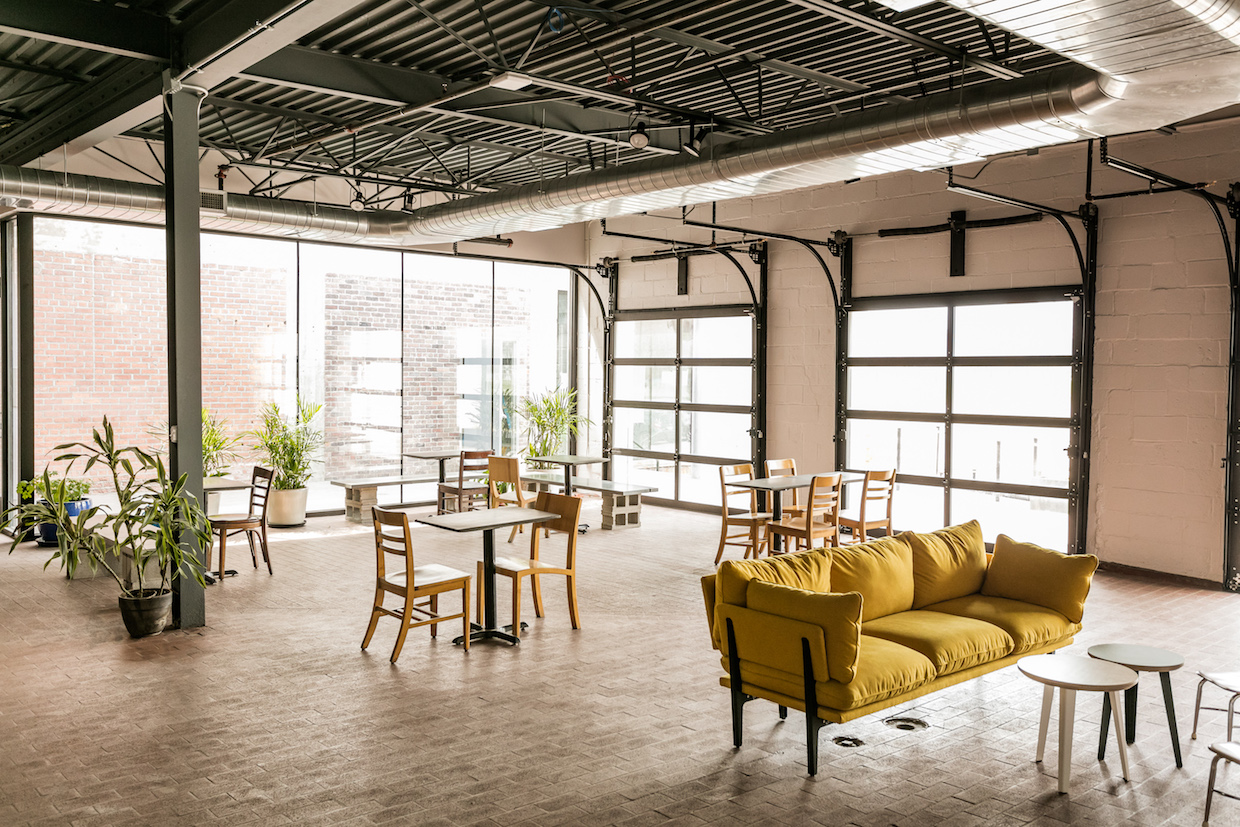 Natural pools of light spill onto the brick and poured cement floors from three garage doors at the front of the space, which also provides access to the wide street-facing patio. Succulents hang loosely on one of the walls adjacent to the coffee bar, paying homage to the design at the former Corktown location. Photos from Detroit based-photographer Chris Gerard hang on the remaining walls, alongside a mural painted by artist Brandon Marshall.

Anthology is continuing its tradition of serving single-origin, single-variety coffees as pourovers on glass Hario V60 drip cones, accompanied by two Modbar EP group heads and steam wands. They’ve also added batch brewed coffee, which was not previously available at the Corktown location. Behind the Modbar setup is a Malkhonig EKK43 dual grinder used for both pourovers and espresso. Longsdorf and Juarez-Martinez stated they plan on eventually adding two new Mahlkonig E30 espresso grinders that will live underneath the countertop, equipped with glass hoppers that rise up from cutouts in the countertop alongside the Modbar group heads. 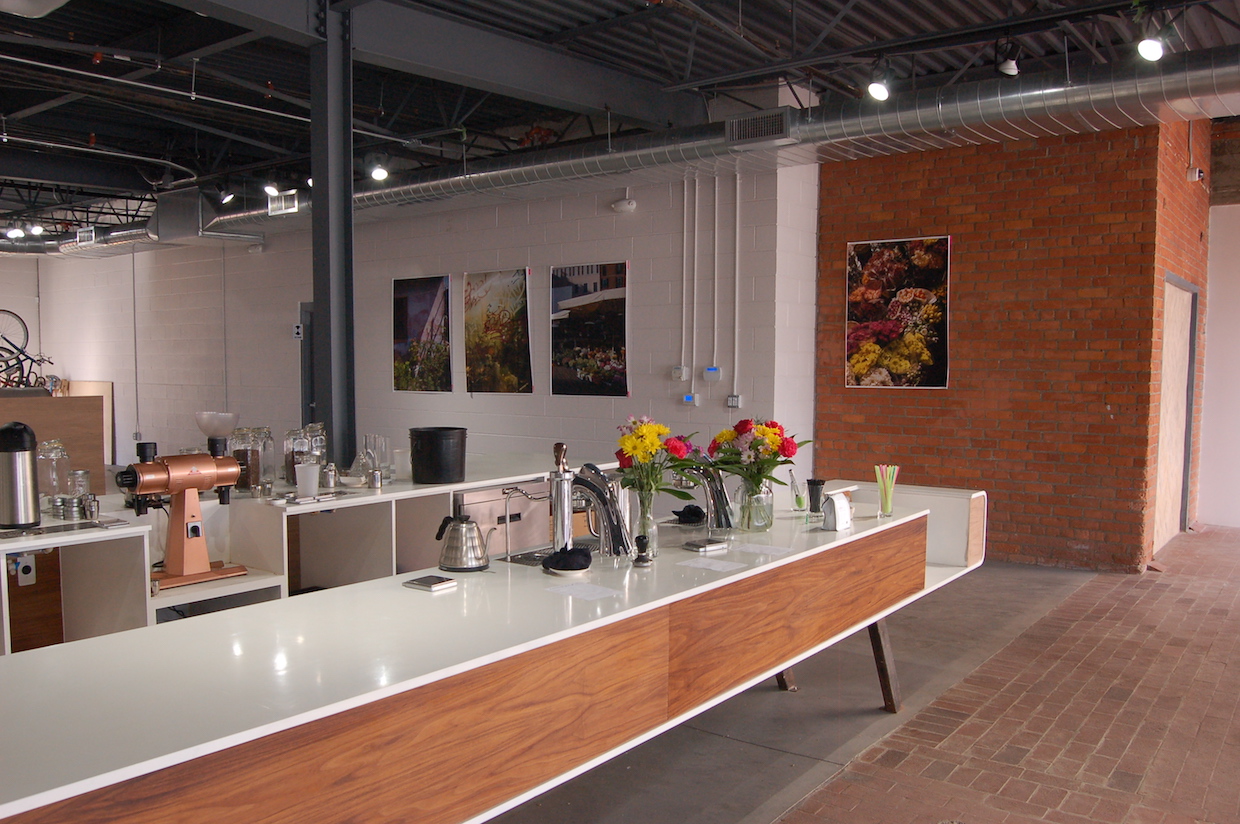 Longsdorf said he designed the coffee bars to be multi-functional, with the front-facing bar serving the pourovers, espresso-based drinks and batch brews plus a variety of pastries, including vegan and gluten-free options that are baked in-house daily by Annie Longsdorf. The back bar will serve newly added specialty drinks that may take more time and finesse to prepare, including the “Shaken Mochas,” composed of whipped cream made in house, dolloped over ice, espresso, and melted chocolate by Dandelion Chocolate. There’s also the Cold Brew Soda, concocted from cold brew concentrate, tonic water and house-made syrups. 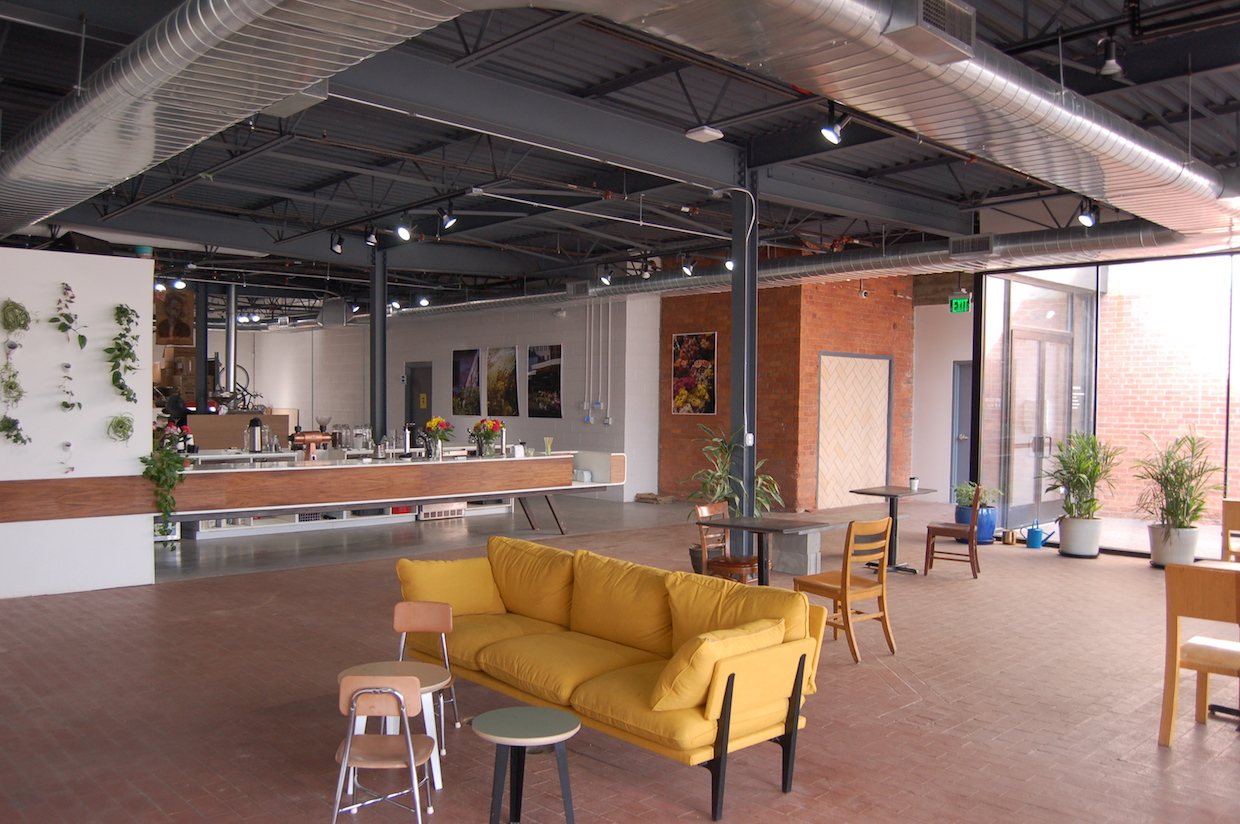 The custom-made main coffee bar features a clean white countertop and warm wooden inlaid front panel with nothing but air underneath. In a break from the norm of solid floor-to-counter bar design that also serves as storage space behind the bar, the new Anthology bar is supported by table legs, forgoing that storage in favor of the lighter, more transparent and modern aesthetic.

“I wanted to create an inclusive, calm, and inviting area for customers to approach the bar and place their order, ask questions, and have a conversation,” Longsdorf said. “It’s designed for one-on-one engagement from our staff to our customers. The idea of the space is to be welcoming to customers, with a clear view of all the brewing equipment. I want customers to ask questions and I want to create a conversation around our coffee.” 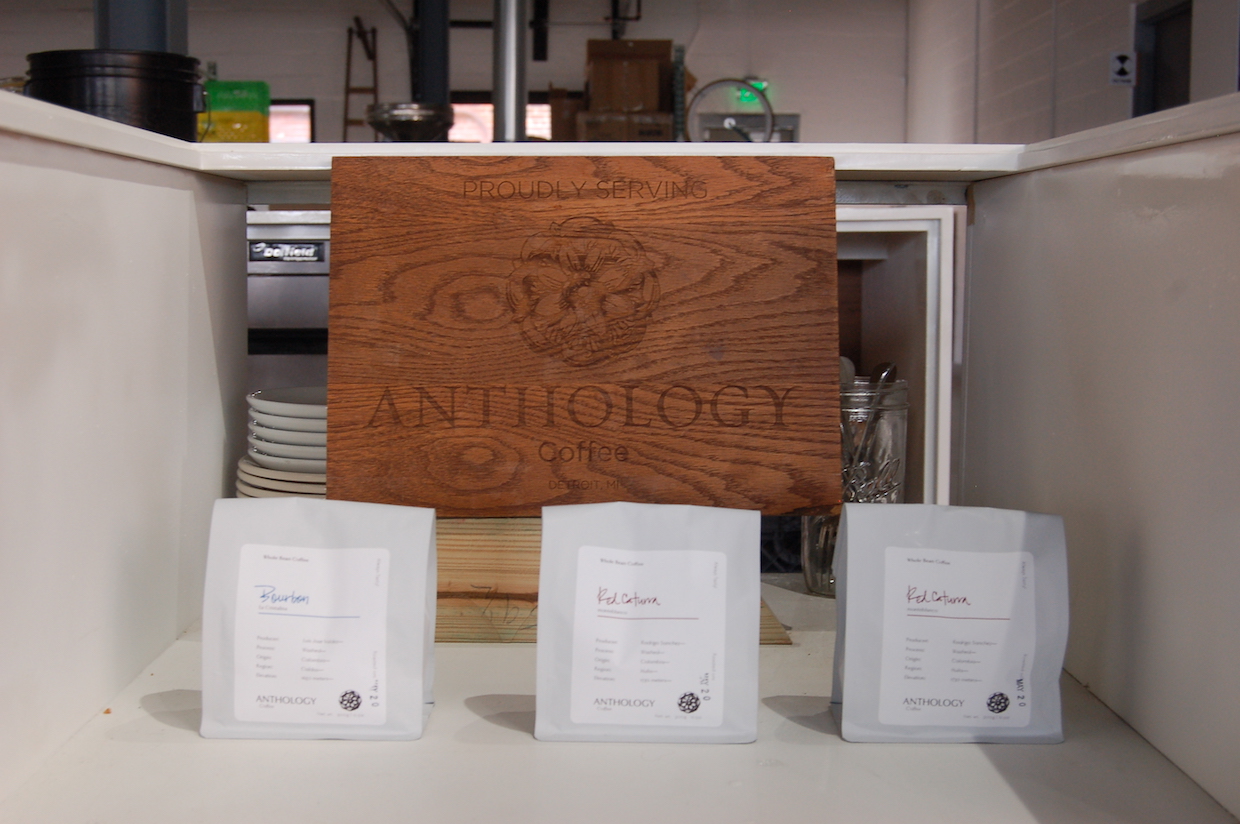 “When I’m buying our coffee, I focus primarily on variety, processing, and terroir above all else,” he said. “Our main focus is quality.” 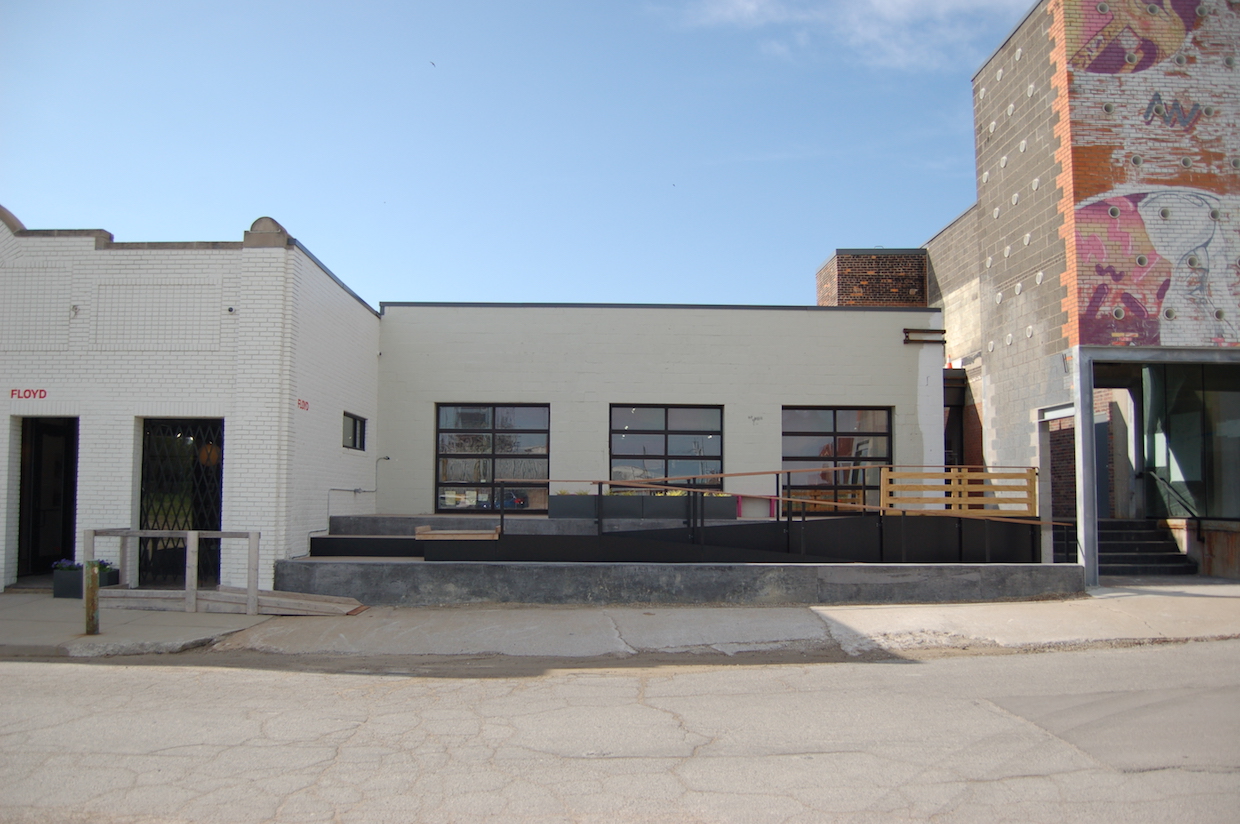