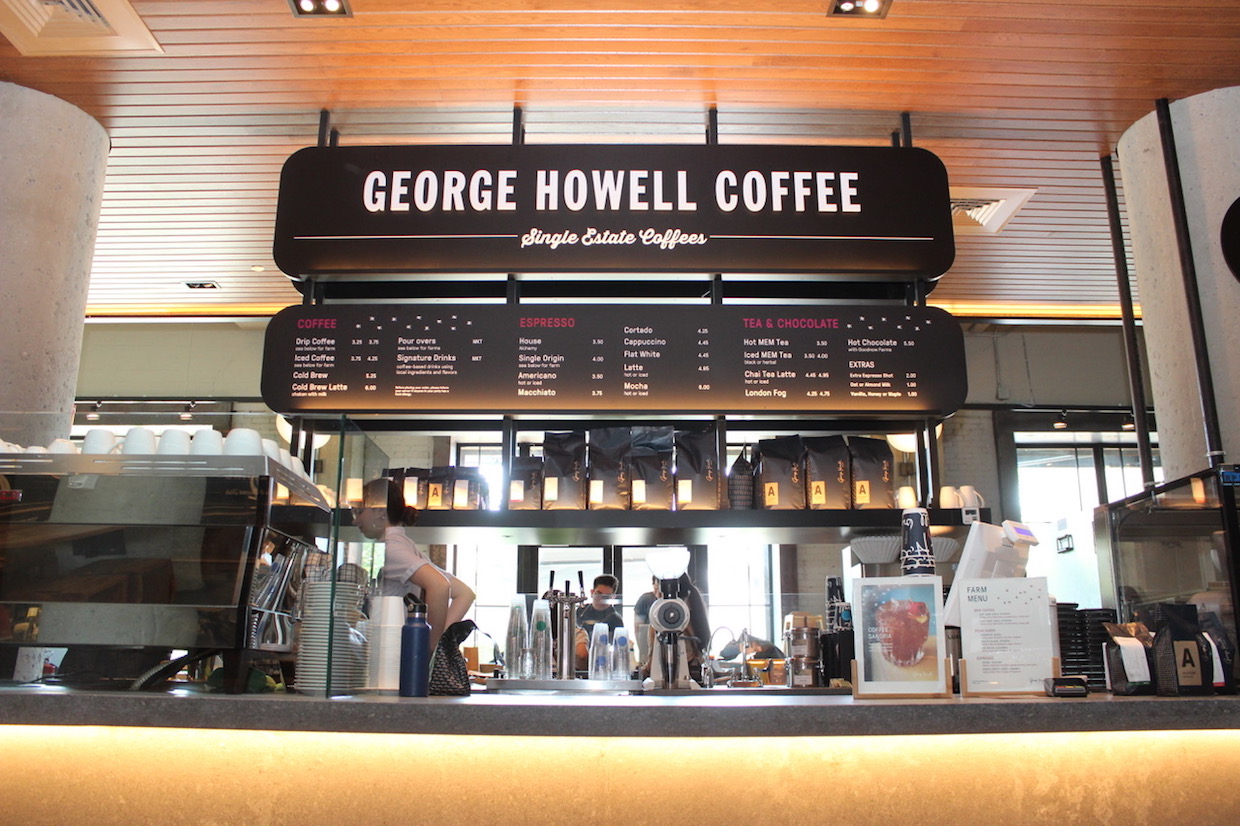 The fourth George Howell Coffee retail location opened earlier this summer alongside a number of other highly regarded Boston culinary pillars inside the new Time Out Market Boston.

Following the retail model originally created five years ago by the Time Out media company in Portugal, Time Out Market Lisboa, the 25,000-square-foot dining destination in Boston’s Fenway neighborhood occupies the historic 401 Park building, previously known as the Landmark Center.

The market includes 15 restaurants, two bars, a cooking demonstration area and more, all curated by Time Out to represent what it considers “the best of the best.” Boston is Time Out’s fourth such market, following openings in Lisbon, Miami and New York City. 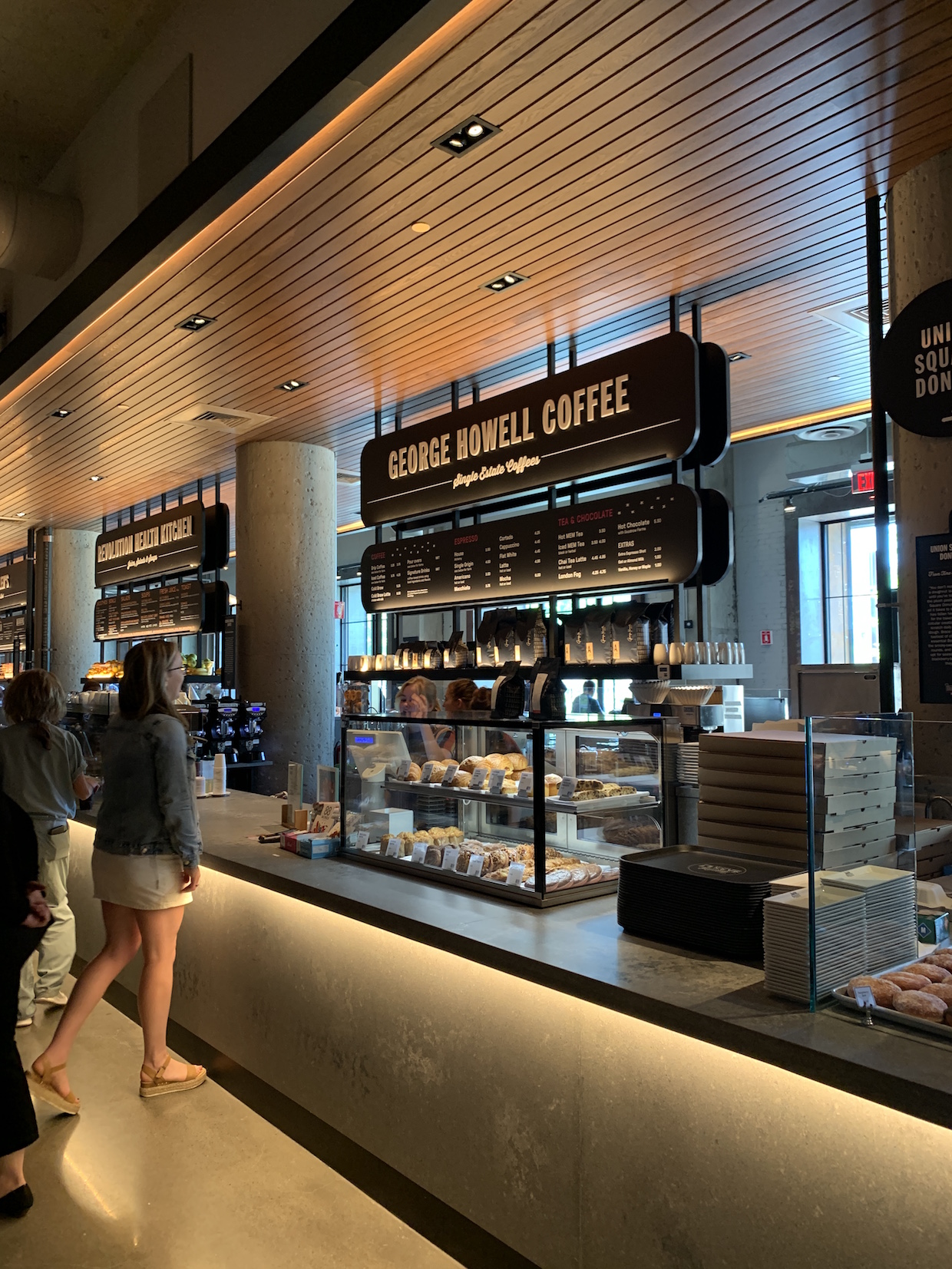 While George Howell Coffee also has a retail presence inside the Boston Public Market — where produce, crafty culinary items and other goods are sold by local merchants — the Time Out location is the company’s first kiosk in a food hall setting, as well as the first to forfeit control over the look and feel of the place. Signage and colors are in keeping with the Time Out brand, although the products and services are pure George.

These include the company’s traditional selection of espresso drinks prepared on a three-group La Marzocco Linea PB espresso machine and Nuova Simonelli Mythos grinder. A Mazzer ZM grinds for Fetco batch brews and on a center island, and a two-tap Modbar pourover installation facilitates single-cup brews from a short list of the rare, microlot coffees roasted by the company.

Also available is the coffee sangria that GH originally launched as the monthly resident roaster at the La Marzocco Cafe in Seattle in April 2018. Now also served at the Godfrey Hotel flagship location, the drink is made from hot coffee sweetened with Ethiopian honey, steeped for a matter of hours with chopped fresh apples and raspberries, plus lemon, lime and pineapple juices, strained and served over ice.

“It’s quite delicious. There’s no alcohol in it — it’s just coffee — but it’s very crisp and refreshing,” George Howell Coffee COO Rebecca Fitzgerald told Daily Coffee News. “We’re working on some specialty drinks that will be at the Time Out market. We’ve needed to get a feel for what we were going to be capable to do there.” 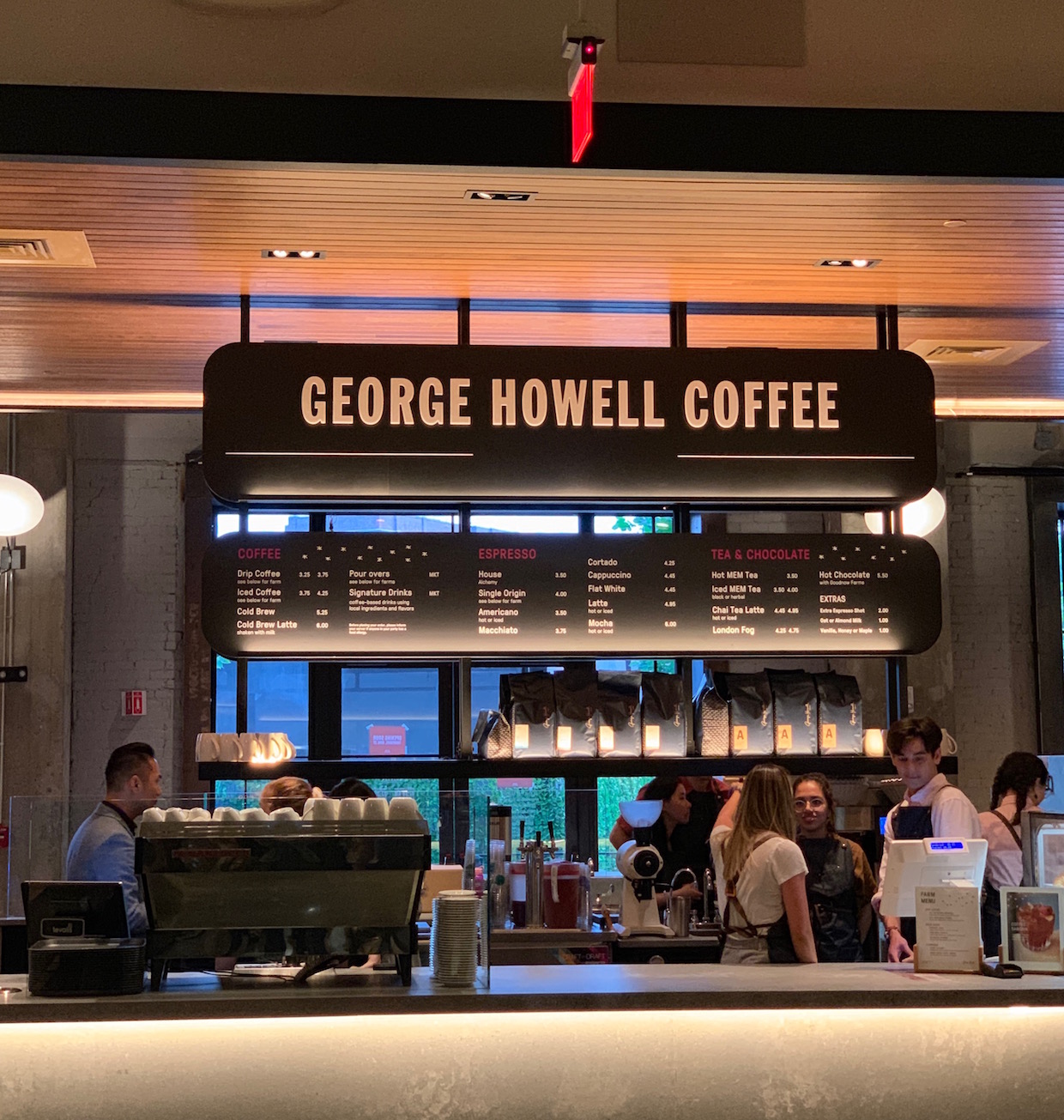 Fitzgerald said the company is also starting to feel out possibilities for a larger roasting space in the near future, ideally one closer to Boston and more accessible to its hometown community of consumers and wholesale partners.

“We were selected to be at Boston Public Market because of George’s history in coffee, and with Time Out Market, they looked to us as being the premier roaster in the city that really fit in with their concept,” said Fitzgerald. “We just continue to focus on finding really exceptional coffees, a lot of small microlots.”

The George Howell Coffee kiosk is located at 401 Park Dr. at the Time Out Market Boston in the Fenway neighborhood.