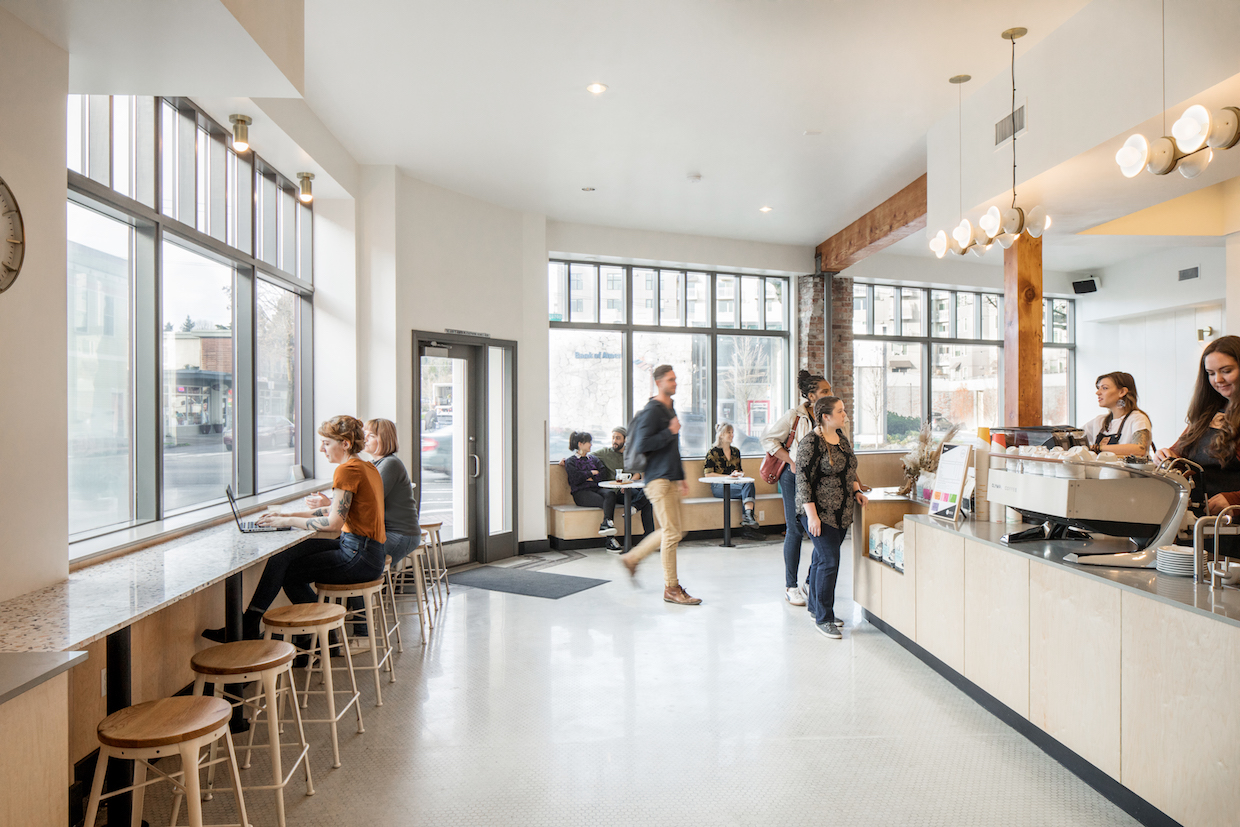 Inside a 1920s building that was most recently home to a well-known local brand called Starbucks, the Olympia location provides all kinds of new coffee gifts to the Emerald City through a Seattle-made Slayer LP espresso machine, Kalita Wave pourovers, drip brew via a Fetco setup and a Poursteady automated pourover machine. 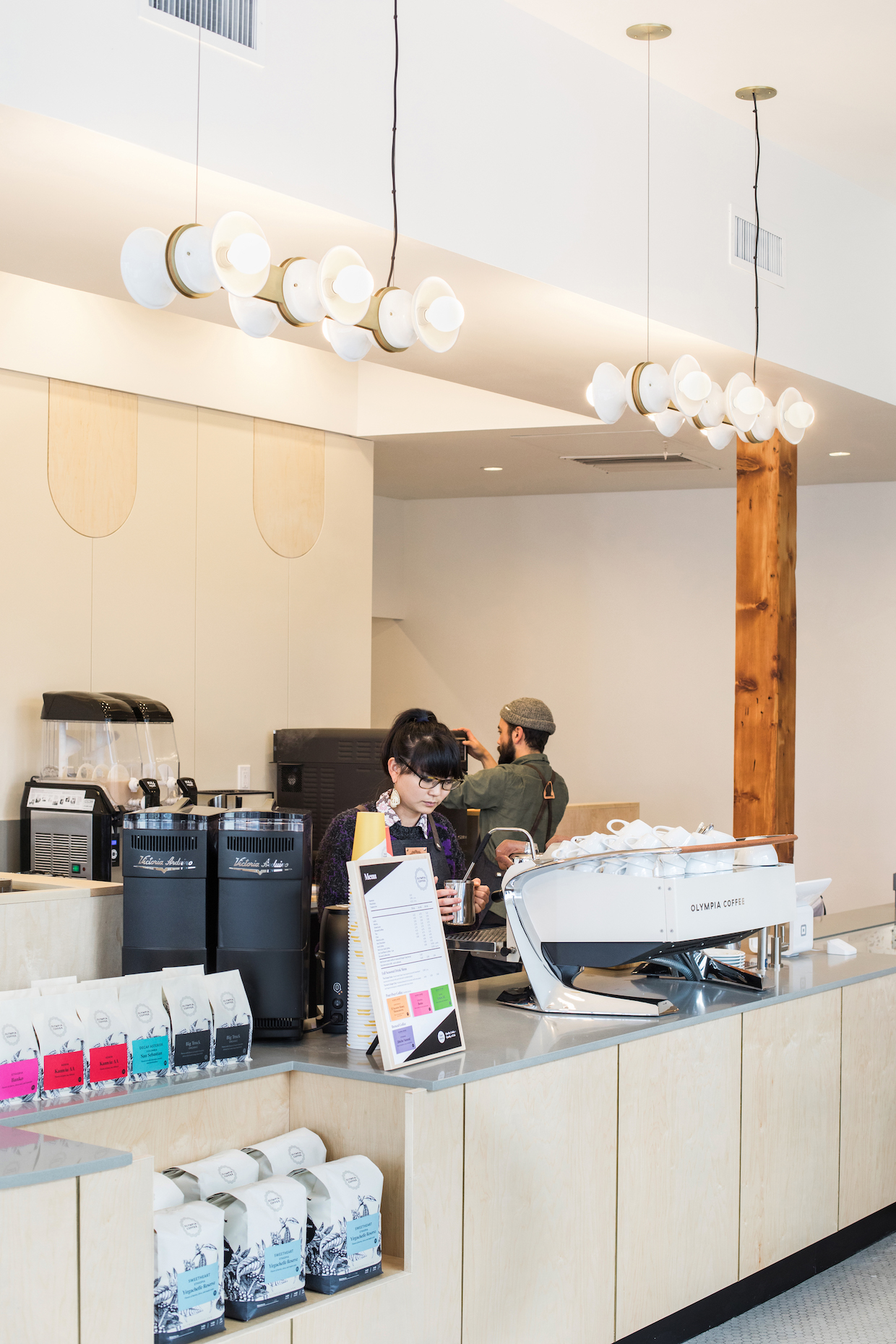 In addition to the cafe, the new facility includes a barista training center for Olympia staff and clients, plus a community room that can be reserved by businesses, nonprofits and community groups, according to the company, which was named the Roast magazine Roaster of the Year in 2012.

The company has grown exponentially since then, expanding to three locations — including a renovation of its flagship — in Olympia, while also opening a small shop in West Seattle, and a roastery cafe in Tacoma.

Like its predecessors, the new cafe was designed by Olympia’s Artisans Group, with the coffee company’s characteristic abundance of white and other light-colored surfaces providing the background for intense patterns of color that draw guests’ attention to the coffee and the people inside. 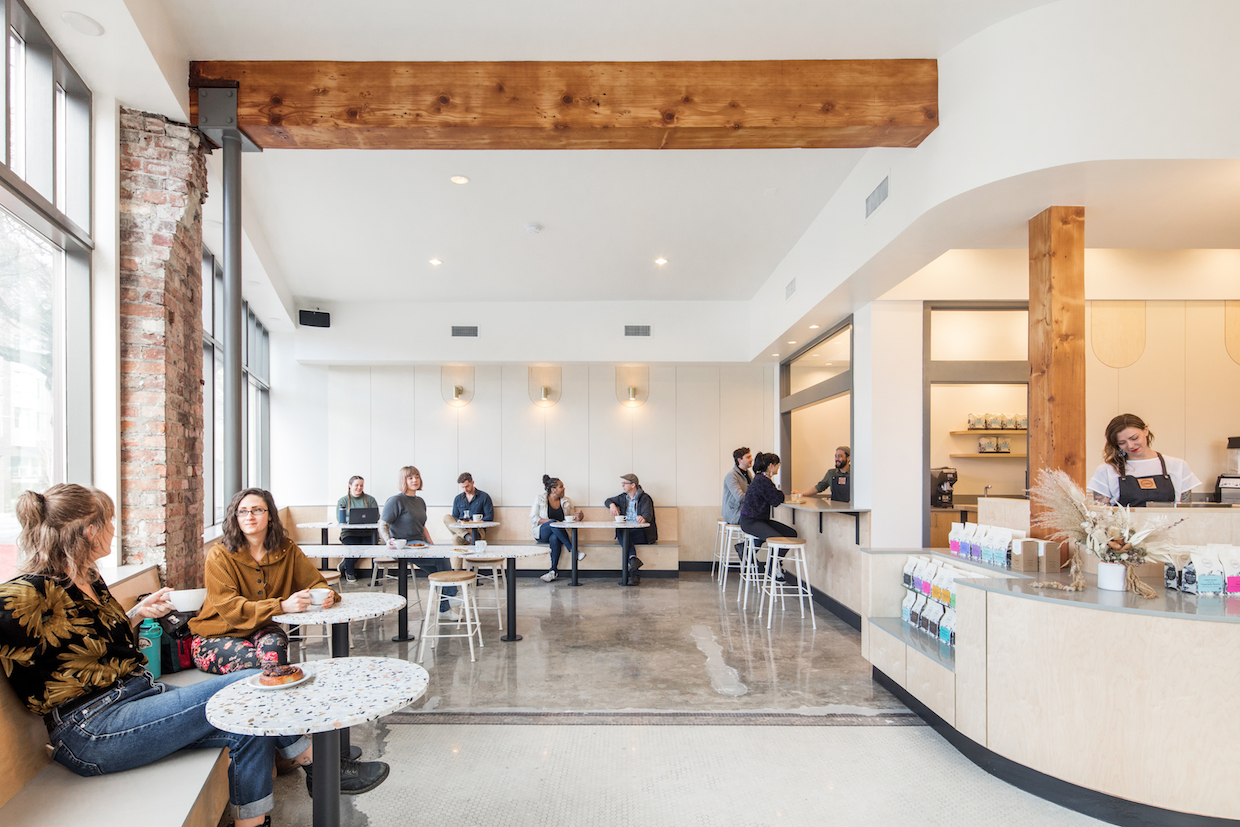 In addition to Olympia’s fresh-roasted coffee — all of which springs from the certified B Corp company’s in-house Fair For All coffee sourcing program — the Columbia City location involves a food partnership with the sustainability-focused Homegrown for salads and sandwhiches, plus filled breads known as okazu pan from local purveyor Umami Kushi. Olympia’s Left Bank Pastry is also providing baked goods.