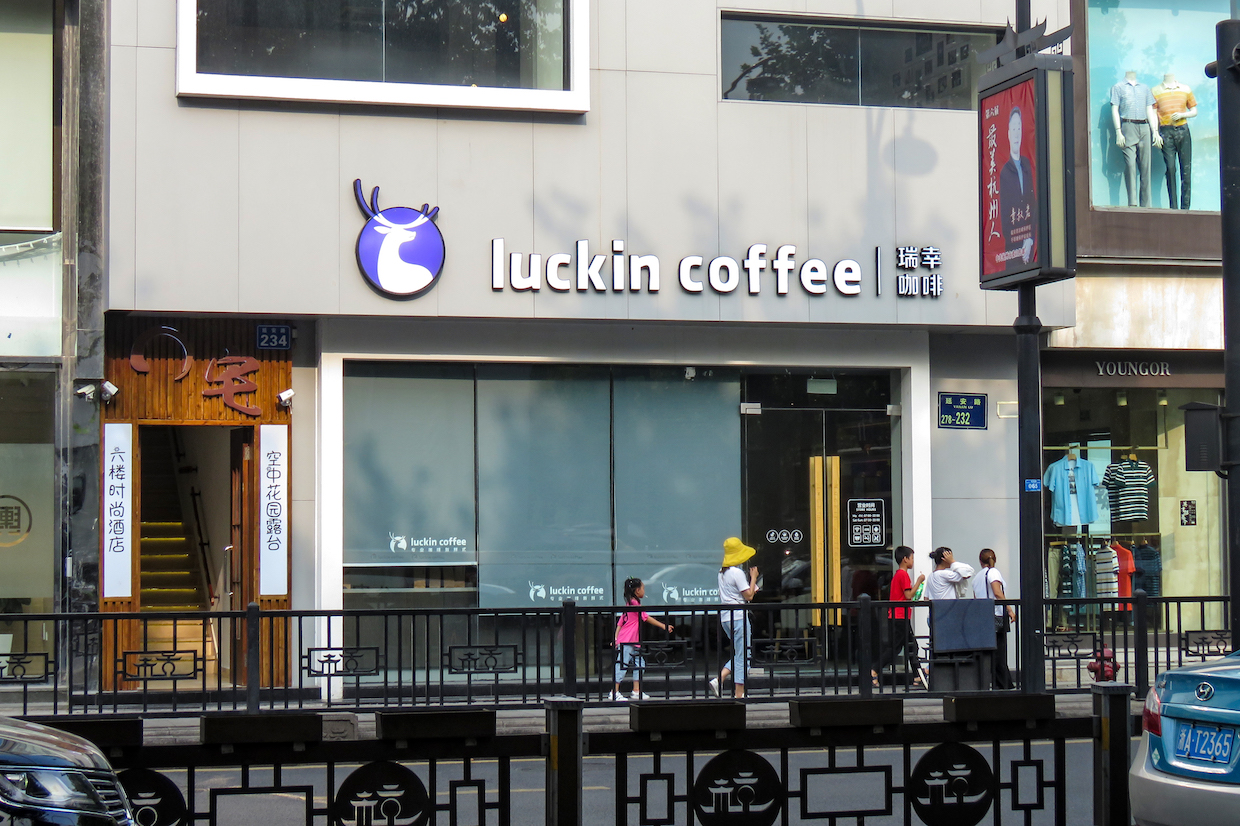 The file “Luckin Coffee” by N509FZ is is licensed under the Creative Commons Attribution-Share Alike 4.0 International license.

Dutch agricultural and logistics company Louis Dreyfus Company has announced that it has broken ground on a massive new coffee roasting factory in partnership with the Chinese coffee retail giant Luckin Coffee.

The latter company, which has been listed on the Nasdaq since May of last year after just two years in business, has captured thousands of investment-related headlines for its remarkable ascent. However, little is publicly known about its coffee sourcing or roasting operations. Luckin Coffee representatives have not replied to numerous Daily Coffee News requests for information related to its coffee sourcing operations.

What’s known about the forthcoming Luckin roastery in partnership with LDC is that the facility is going up on an approximately 35,000-square-meter (8.6-acre) property in the port city of Xiamen, China, across from Taiwan. The companies estimate that it will have an annual production capacity of 30,000 tons, with a future second phase of construction increasing that number to 40,000.

Scheduled to open in the middle part of 2021, the roasting plant in Luckin’s home city will feature “the latest environmentally-friendly technology for coffee cleaning and roasting, including the roaster’s exhaust air cleaning and smoke elimination,” according to an announcement from LDC this month.

Luckin Coffee recently surpassed Starbucks as the largest coffee chain in China by number of outlets, with approximately 4,500 by the end of 2019, compared to Starbucks’ 4,300, according to research shared by Nikkei Asian Review.

LDC said it has an existing coffee sourcing relationship with Luckin, and the two companies signed a joint venture agreement last September for a new juice business.

“We are pleased to be advancing in our alliance with Luckin, which has proved highly successful in developing a broad customer base in the Chinese coffee market through the use of cutting edge technology and an innovative business model,” Michael Gelchie, LDC’s Chief Operating Officer, said in an announcement of the roastery groundbreaking. “Our strategic partnership will continue to strengthen LDC’s business presence in China, enabling us to develop further downstream.”