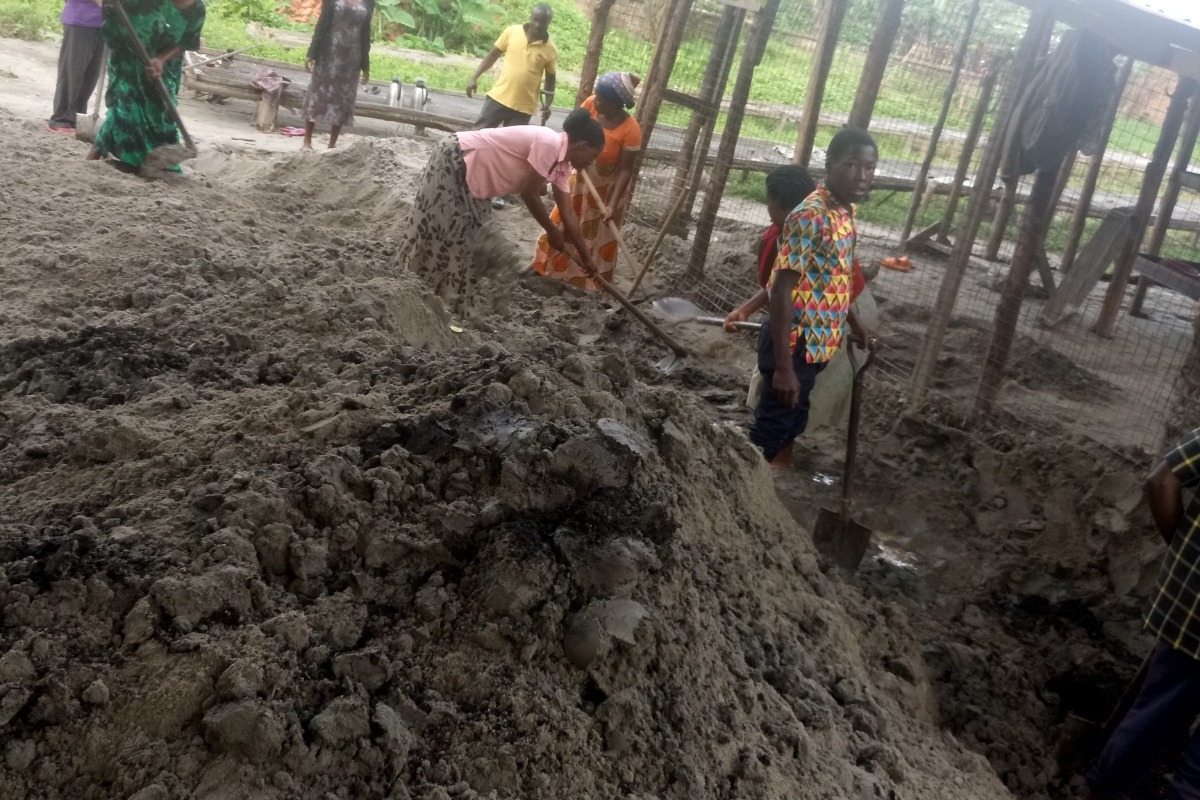 A cleanup after the flood at one of BJCU’s micro washing stations in Western Uganda. All images courtesy of “Friends of the BJCU”

Yesterday we shared news of a fundraising campaign to support coffee communities in Northern Rwanda that were some of the hardest hit during this Spring’s historically wet rainy season, which has displaced hundreds of thousands of people in East Africa and taken the lives of hundreds.

Today comes yet another fundraising effort focusing on a coffee-growing region a few hundred kilometers north in the Kasese District in Western Uganda.

In early May, during the early part of the harvest season, the approximately 1,700-member Bukonzo Joint Cooperative Union (BJCU) in the Rwenzori mountains lost about 5 metric tons (approximately 11,000 pounds) of coffee and parchment due to flooding. The water also demolished housing and critical coffee infrastructure. 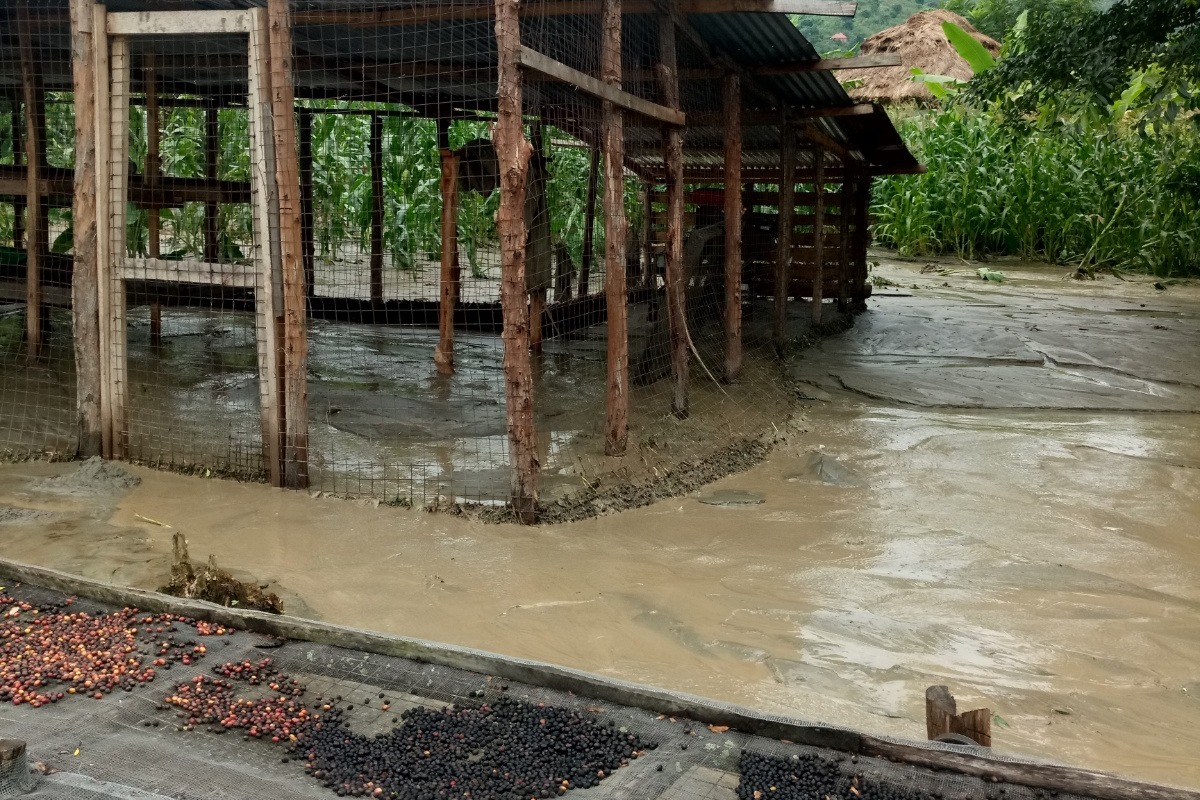 Aside from its reputation for delivering exceptional specialty coffee, the Bukonzo Joint Cooperative Union has also been recognized for its long-running and effective efforts in running a women-focused value chain framework.

According to fundraiser organizers and longtime buyers of the cooperative’s coffees Atlas Coffee Importers and Salt Spring Coffee, BJCU General Manager Baluku Paineto said $30,000 USD of short- and long-term funding are needed to get the mill operation running again.

While the united “Friends of BJCU” have already donated some funds, the group led by Seattle-based Atlas and Richmond, British Columbia-based Salt Spring is seeking to raise $20,000 more through a GoFundMe campaign. 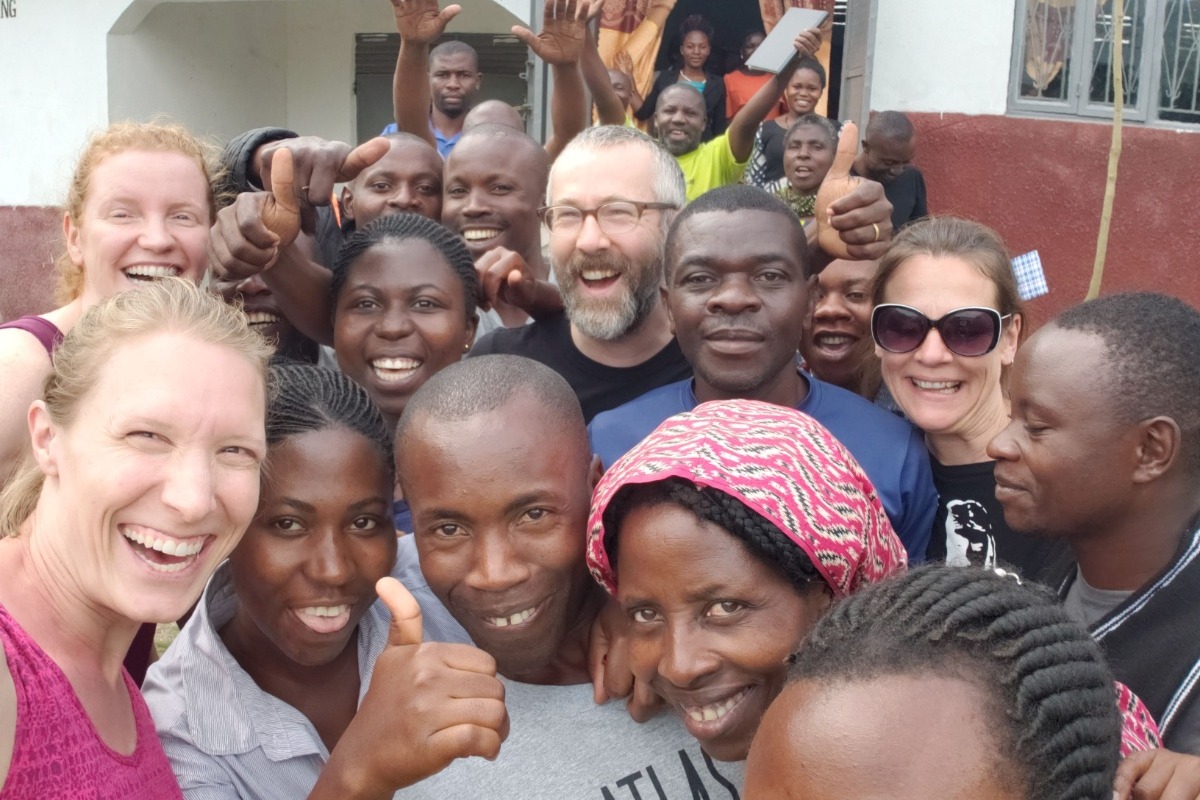 BJCU members along with buyers after an annual microlot competition.

If you are aware of other coffee-focused relief efforts taking place in response to this year’s extreme flooding in East Africa, please let us know through the contact form at the bottom of this page.