Red Dwarf Has Giant Plans For Coffee, Cocktails and Shows in Houston 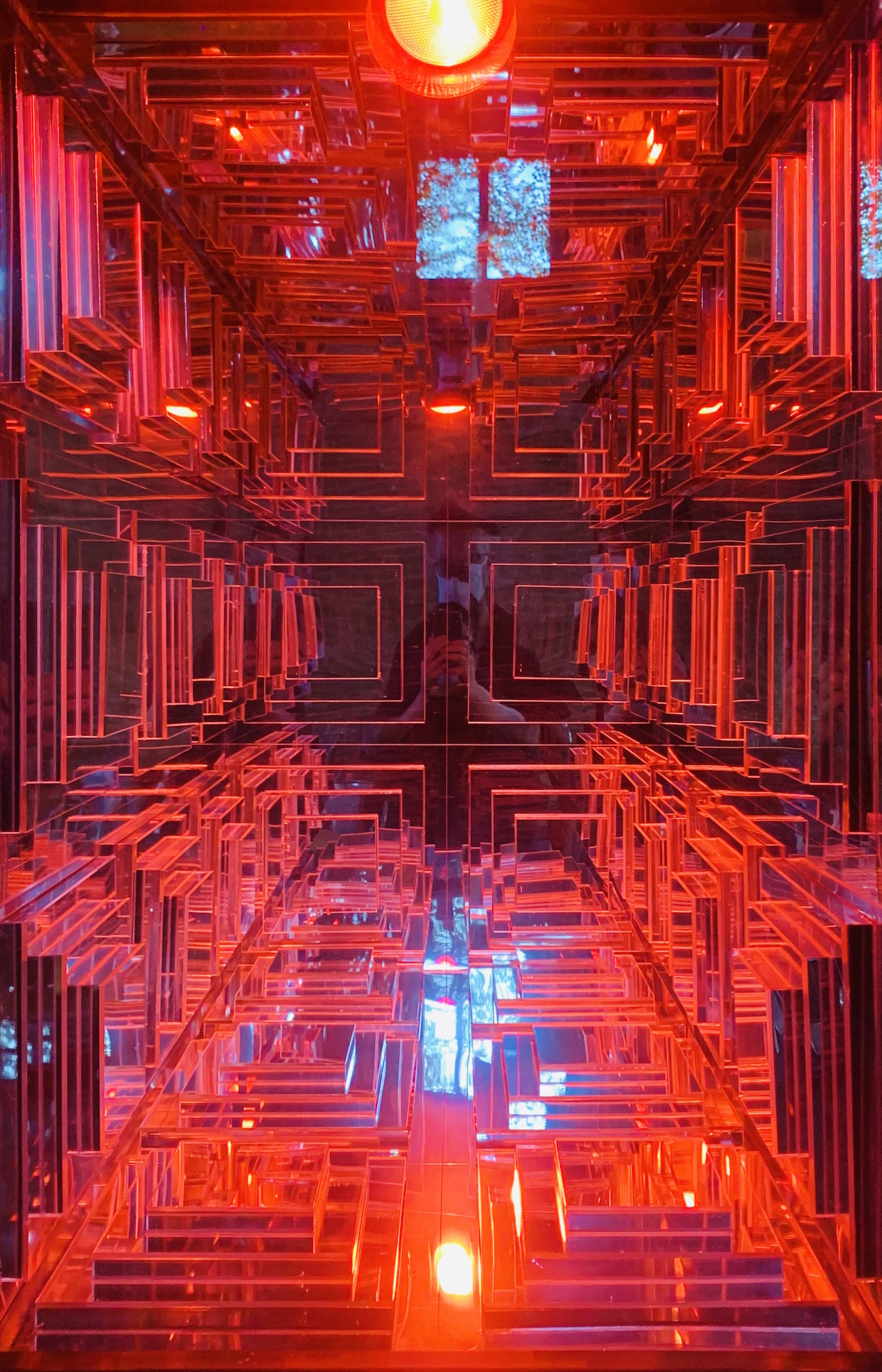 Lighting at the new Red Dwarf coffee shop, bar and venue in Houston. All images courtesy of Red Dwarf.

Soon to be towering over the Midtown Houston entertainment scene is Red Dwarf, a new establishment offering a coffee and cocktail bar, fresh food and, when possible, live music and other performances.

At the helm of the coffee program is co-owner Sarina Pasha, who is also co-owner of the Houston-based Black Hole coffee house and cold brew company. Co-owner and Sarina’s brother Shan Pasha serves as the venue’s booking manager, and the third co-owner, James Koby Boren, is the overseer of Red Dwarf bar operations.

Pasha is anchoring the Red Dwarf espresso bar with beans from Houston roaster Amaya Coffee, which is also the first roaster to be featured on the rotating Red Dwarf drip coffee stage. That spotlight will continue to shine on a variety of Houston roasters, such as Boomtown Coffee, JavaPura, Zelie Beans Coffee, Cadenza Coffee, and more, according to Pasha. 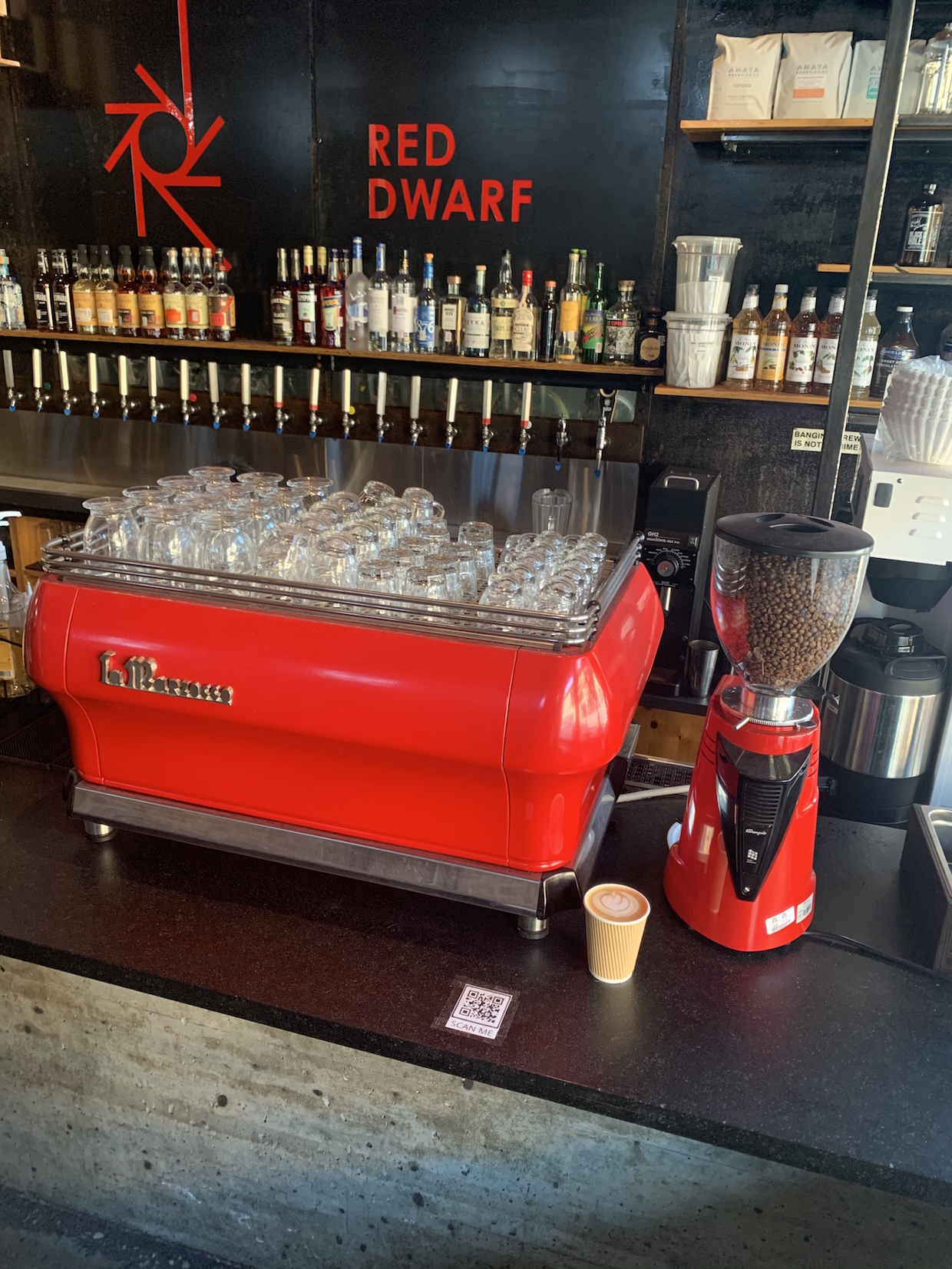 “One of the missions is to support as many local businesses as possible,” Pasha told Daily Coffee News. “There are so many amazing Houston bean roasters and I wanted to provide a showcase for as many as possible. Weekly rotations seemed the most logistical possible way to do it.”

While all food and drink offerings are currently only available to go, Red Dwarf stands at the ready to welcome customers into an open and spacious interior with sleek furniture that Pasha said “feels like it floats in the room.”

A mural hand-painted by artist Farhana Rashid plays into creative lighting that was designed by local artist duo Moon Pappas.

Said Pasha, “The aesthetic is interplay between cleaned-up industrial that serves as a background for our bespoke light features that travel around the room.”

Cold brew on nitro draft at Red Dwarf will of course be the stuff of Pasha’s Black Hole company, which uses coffees from Marfa-based Big Bend Coffee Roasters. Despite having two substantial coffee businesses now under her wing, Pasha remains content to continue sourcing roasted coffee rather than establish a roastery in-house.

“I’d rather focus on highlighting the already established roasters that are already putting out amazing products,” said Pasha. 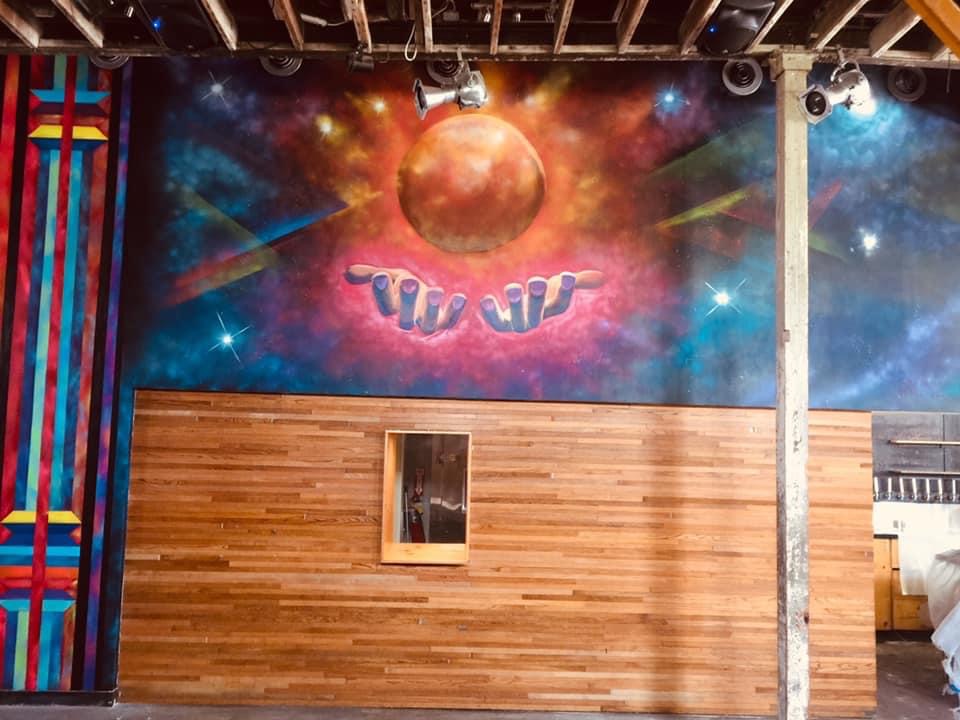 In keeping with the spirit of the location’s previous occupant, a popular cocktail bar called Mongoose Versus Cobra, a craft cocktail program will also be maintained behind the bar of Red Dwarf. Chef Grant Keaton will consult with food manager Patrick Devlin to keep the Dwarf kitchen’s seasonal food menu in a colorful rotation, and Ryan Stone will take charge of the beer program.

Said Pasha, “And our backbone is Corrine Mason, our general manager, who oversees all aspects of Red Dwarf and keeps Shan, Koby, and me sane.”

Red Dwarf is open now at 1011 McGowen Street in Houston.