The Denver mural at Kaladi Coffee Roasters featuring Fairtrade coffee farmer Natividad Vallejos. Mural subjects gave their consent for the campaign, according to a Fairtrade America spokesperson. All images courtesy of Fairtrade America.

The purchasing behaviors of coffee consumers in the COVID-19 era in the United States have turned, in a word, topsy-turvy.

In an attempt to refocus consumers and draw attention to Fair Trade Month this October, Fairtrade America has commissioned murals in Denver, Nashville and Los Angeles as part of a campaign called “Choose Fairtrade: Choose the World You Want.”

As one of Fairtrade’s primary focus areas, coffee plays prominently in the murals, which were created to highlight Fairtrade efforts to promote gender equality and decrease poverty among farmers of goods of all kinds.

The subjects of each of the murals consented to the campaign and depictions of their images, a campaign spokesperson told DCN. 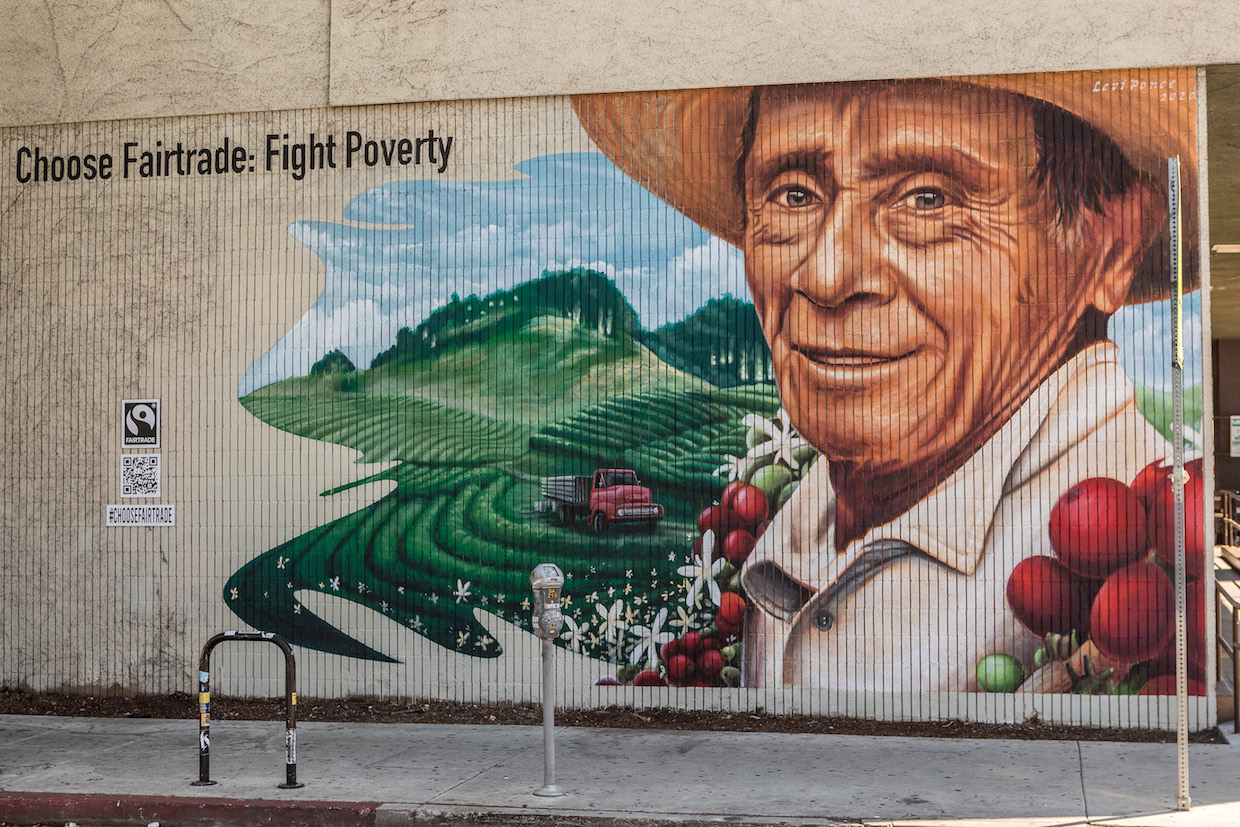 As the United States chapter of Fairtrade International, Fairtrade America attempts to empower farmers and producer organizations who meet Fairtrade standards by maintaining a price minimum for certified coffees. The Fairtrade model also includes a premium fund for when market prices are higher. Those premiums are returned to farmer cooperatives whose members determine how the money is spent to further bolster farming communities.

In 2019, the Fairtrade premium returned more than $208 million dollars to farming communities, according to Fairtrade America. Some $90 million of those premiums went to coffee cooperatives alone last year, supporting the nearly 760,000 farmers who were growing Fairtrade-certified coffee.

Located at Kaladi Coffee Roasters, the Denver mural depicts Fairtrade coffee farmer Natividad Vallejos, a member of the Cecanor cooperative in Peru, which is also part of the women-led and supportive Cafe Femenino. The mural was created by Denver artist Giovannie “Just” Dixon.

The Los Angeles mural depicts Segundo Alejandro Guerrero Mondragón, a longtime member of the Fairtrade-certified Norandino Coffee Cooperative, which includes coffee and sugar cane producers in the Piuran mountains of northeastern Peru. Created by muralist Levi Ponce, the mural is located at a location of the natural foods store Lassens. 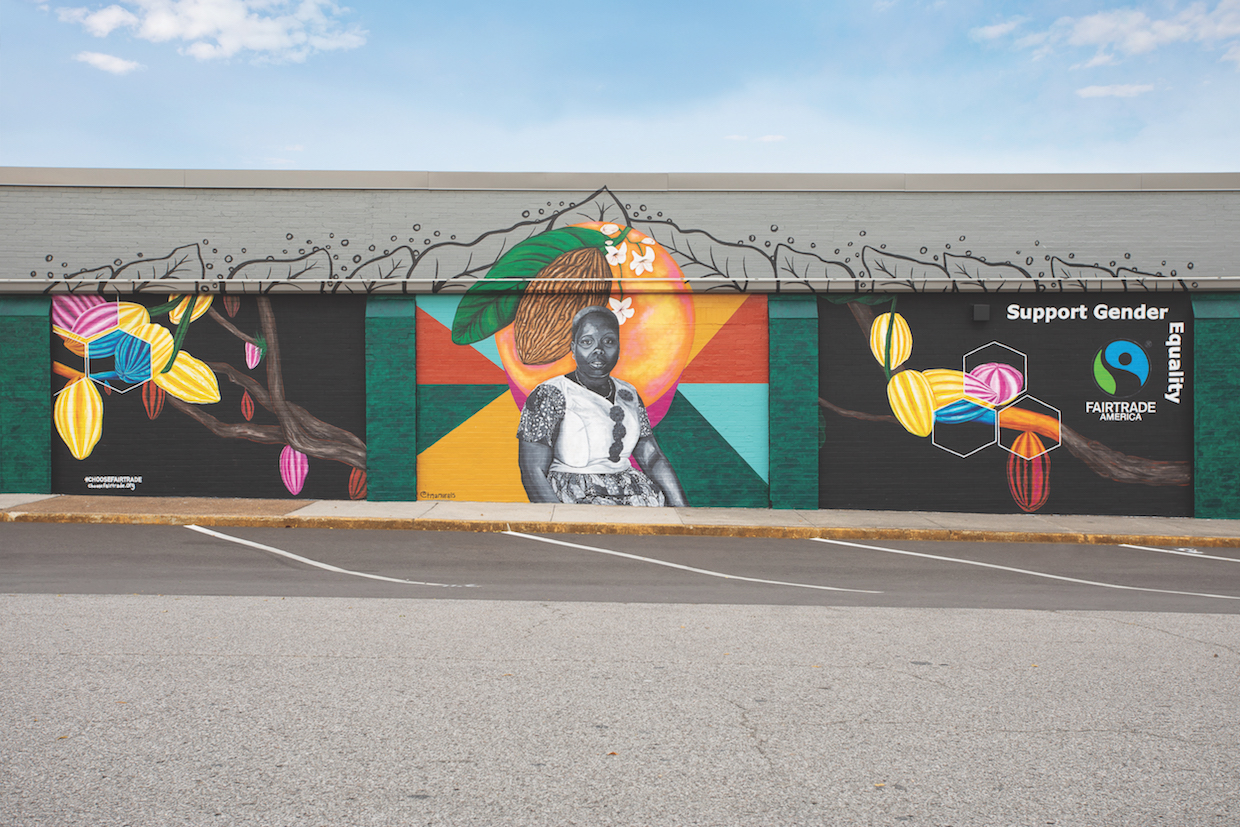