Coffee Leaf Rust Has Been Discovered in Hawaii 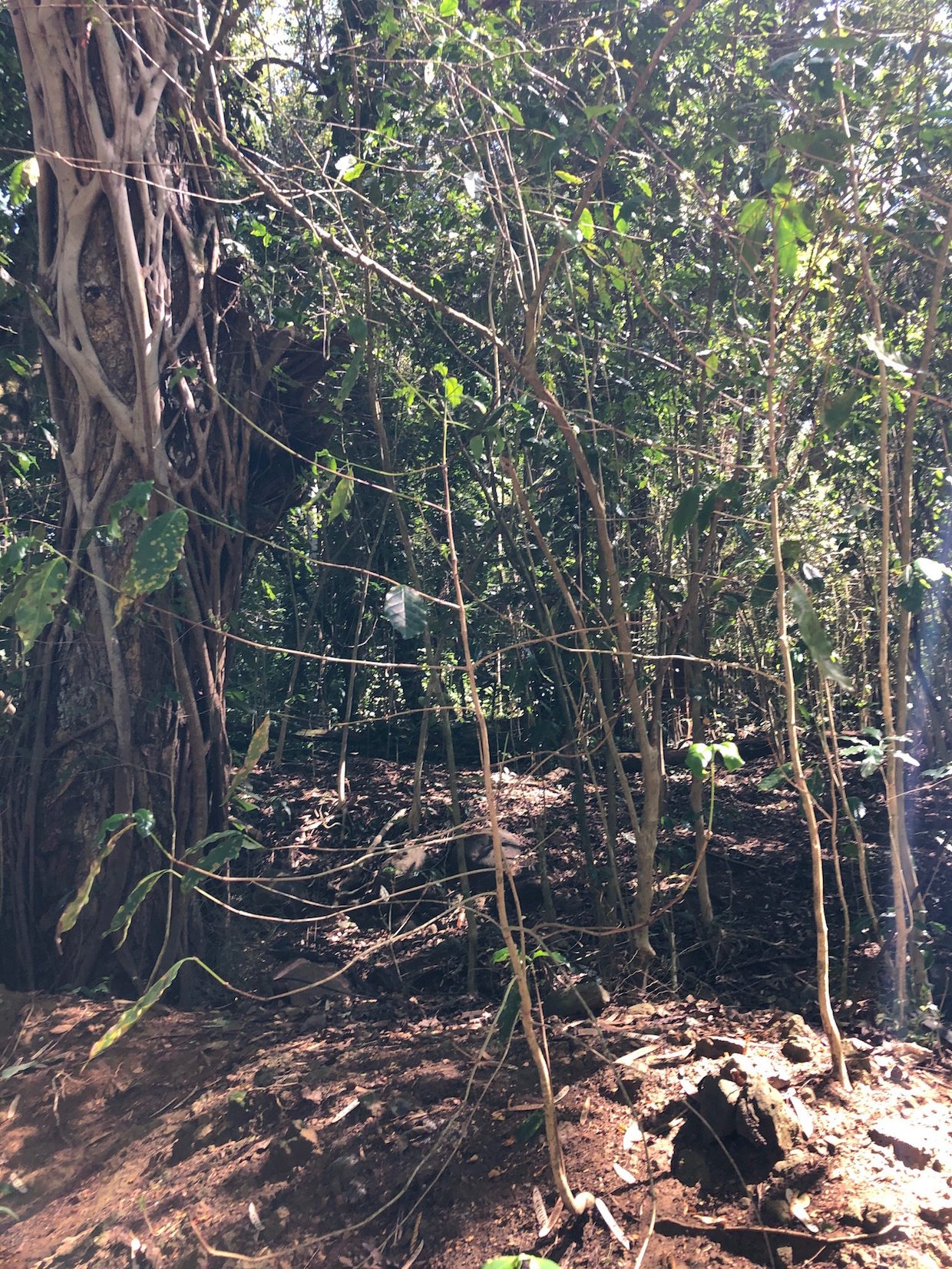 A plant that has lost its leaves due to leaf rust. Hawaii Department of Agriculture photo.

Coffee leaf rust, the highly infectious plant disease that can wipe out coffee crops, has been discovered for the first time in Hawaii, according to state agricultural officials.

The Hawaii Department of Agriculture (HDOA) and office of Governor David Ige reported the troubling finding this week, after leaves submitted one week ago to the HDOA from a coffee farm in the Haiku area on the island of Maui showed symptoms of the coffee-killing disease.

It is not yet known how leaf rust may have reached the island, and the state of Hawaii maintains strict quarantine standards for all new coffee plants.

Preliminary test results from the University of Hawai`i, College of Tropical Agriculture and Human Resources, identified the fungus on both managed and wild coffee plants found in the Haiku area. Samples have been sent to the U.S. Department of Agriculture National Identification Services for confirmation, state officials said. 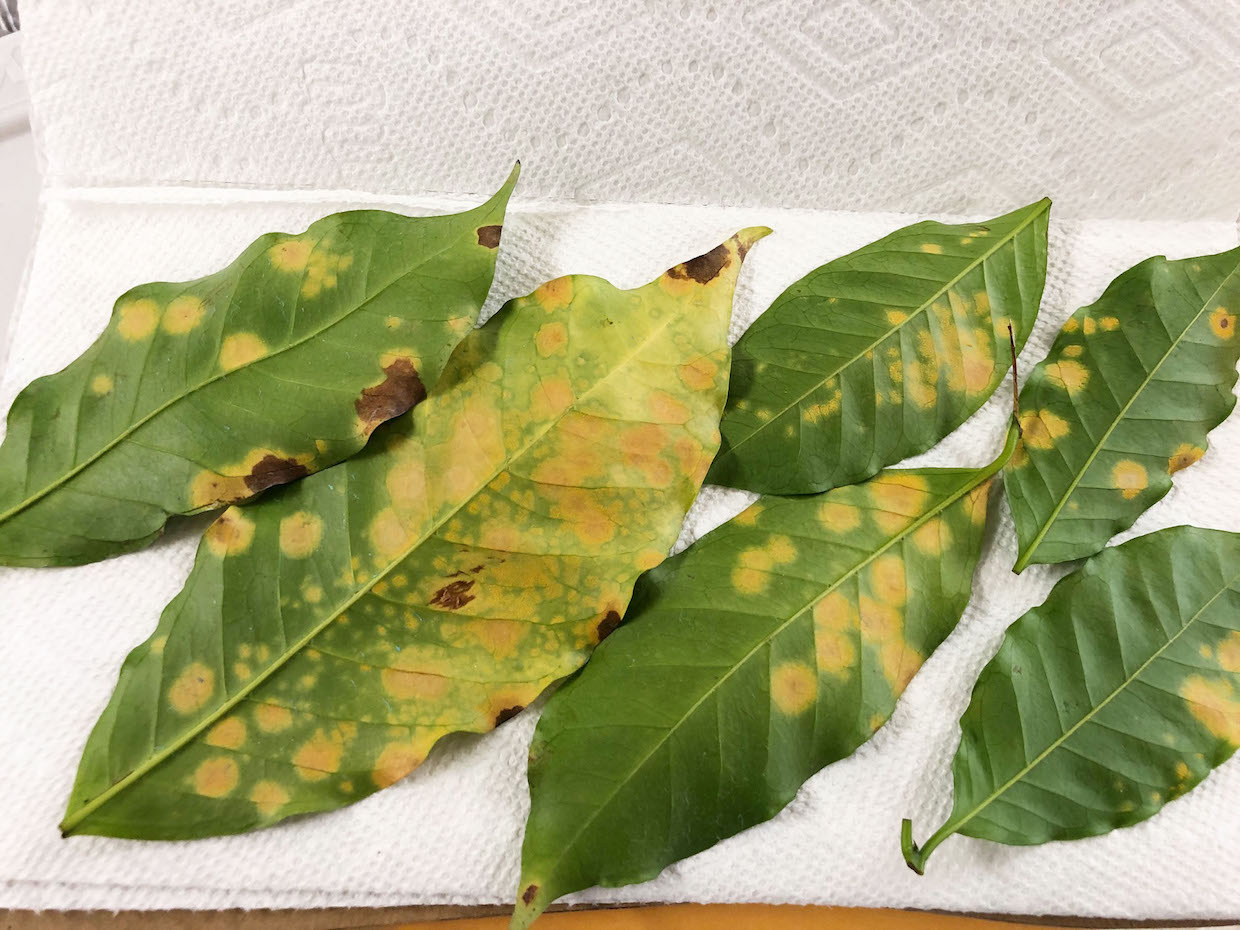 First identified in the 1860s in both East Africa and Sri Lanka, the pathogen Hemileia Vastatrix — which causes leaf rust or “la roya” in Spanish — has since made its way all over the coffee-growing world. Infections can spread quickly, and leaf rust infestations have the ability to wipe out entire coffee crops.

Smallholder coffee farmers in parts of the coffee-growing world in South America, Central America and Mexico are still reeling from a devastating leaf rust epidemic that began rapidly spreading around 2012.

“It is unknown at this time how the rust got to coffee plants on Maui or how long it has been there,” Phyllis Shimabukuro-Geiser, chairperson of the HDOA, said in a state announcement of the Maui discovery on Monday afternoon. “We appreciate the assistance of the multiple agencies that are helping us to determine the extent of this infestation and how coffee leaf rust may have been introduced into the state.” 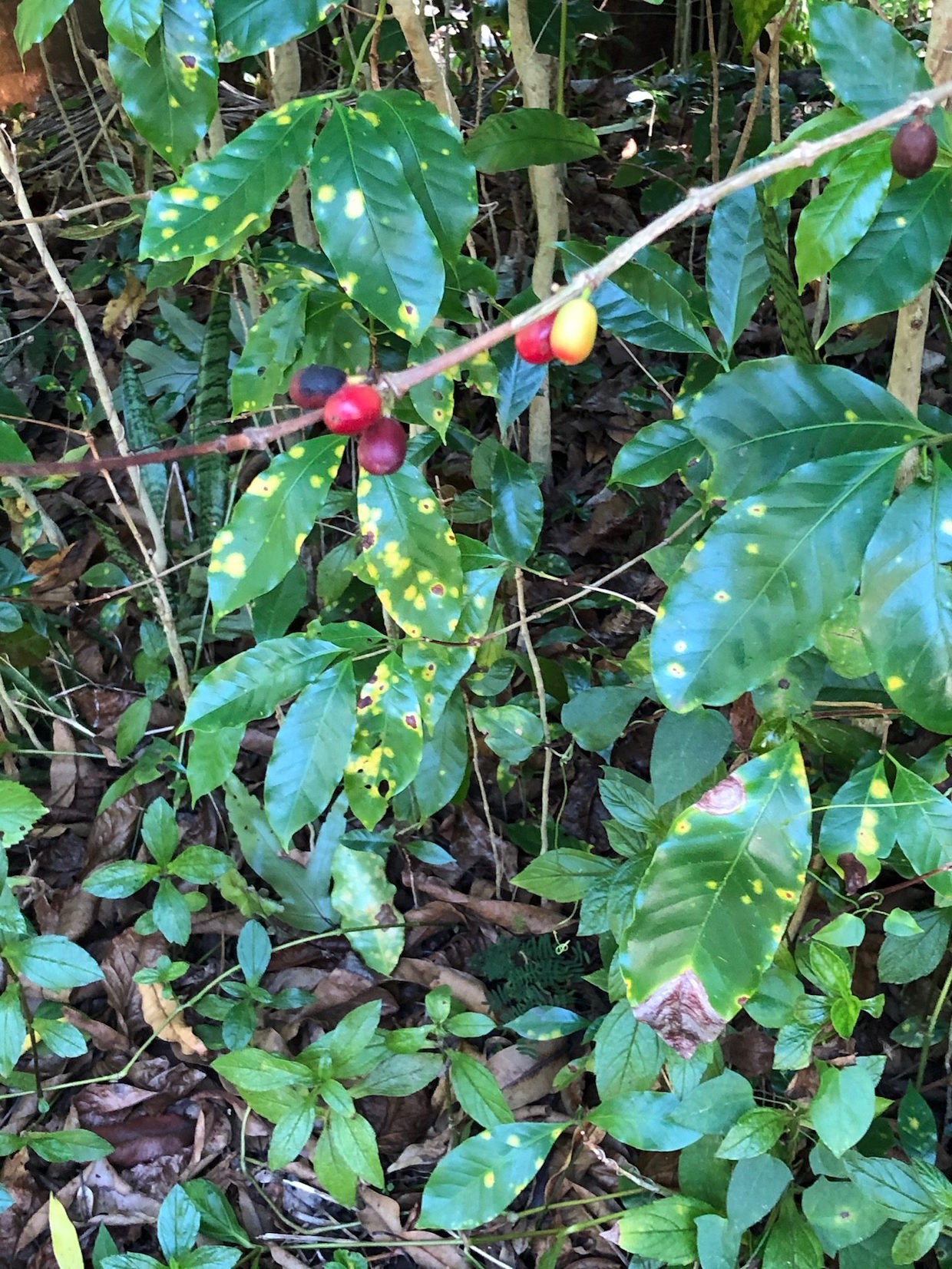 State officials are urging coffee farmers to stay on the lookout for signs of leaf rust — including small yellow patches that develop on leaves — and contact them at any sightings.

“While there are fungicides that may be used to help control the fungus, one of the key factors to any pest management program is good sanitation practices,” the HDOA stated. “Regular pruning and training of the coffee tree helps to prevent over-cropping and maintain a healthy field. These practices help to improve air circulation and also to open up the canopy to allow proper fungicide spray coverage. Good weed control is an important factor as it keeps competition for vital nutrients low, thereby reducing the susceptibility to the rust.”

The HDOA is urging citizens on any island to report possible sightings to its Plant Pest Control Branch at (808) 973-9525.