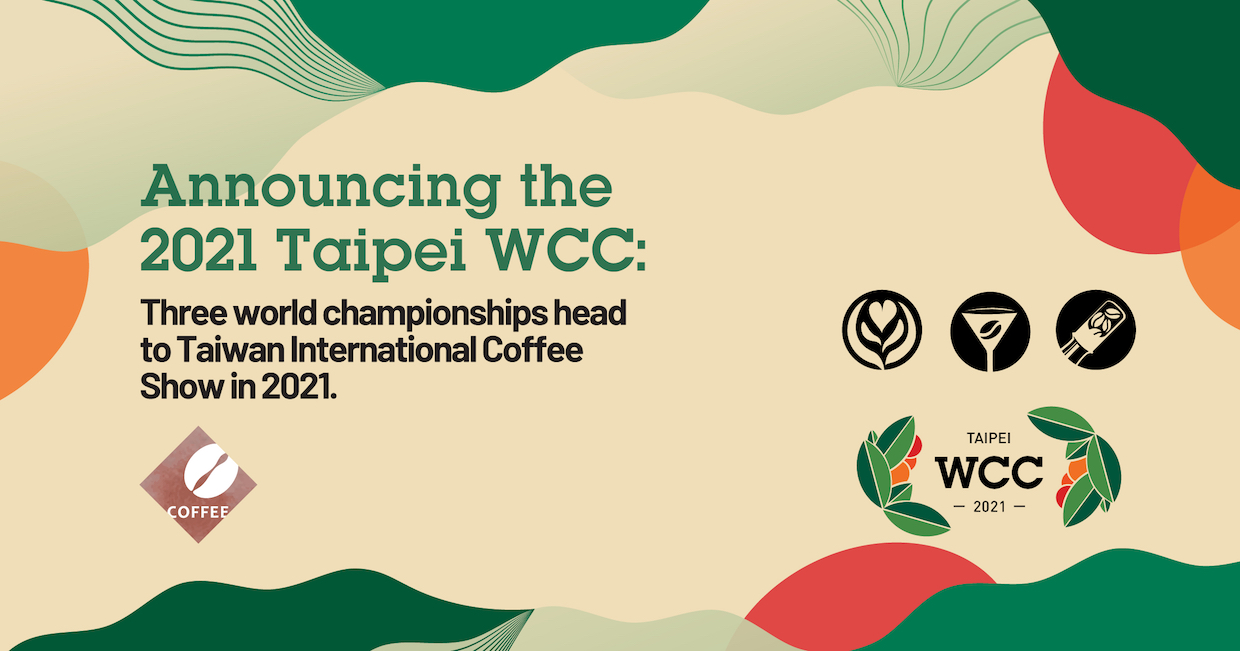 We’re using the term “2021 championships” loosely here, since many of the competitors will be national winners who were scheduled to participate in the 2020 World Coffee Championships, which were canceled due to the COVID-19 pandemic.

The remaining 2021 World Coffee Championships — including Barista, Brewers Cup, Cup Tasters and Cezve/Ibrik — are currently scheduled to take place in conjunction with the 2021 World of Coffee event in Athens, Greece.

The Taiwan International Coffee Show will take place at the Nangang Exhibition Center on the eastern edge of Taipei. According to the show organizers, the event drew more than 20,000 visits over three days in 2019, with 795 exhibitors also attending.

According to the announcement today from the SCA’s World Coffee Events arm, there are an estimated 4,000 coffee roasters in Taiwan, and coffee competitors from the island country have fared especially well on the global competition stage. Past world coffee champions hailing from Taiwan include Berg Wu (Barista, 2016), Chad Wang (Brewers Cup, 2017), Pang-Yu Liu (World Cup Tasters, 2014), Jacky Lai (Roasting, 2014).