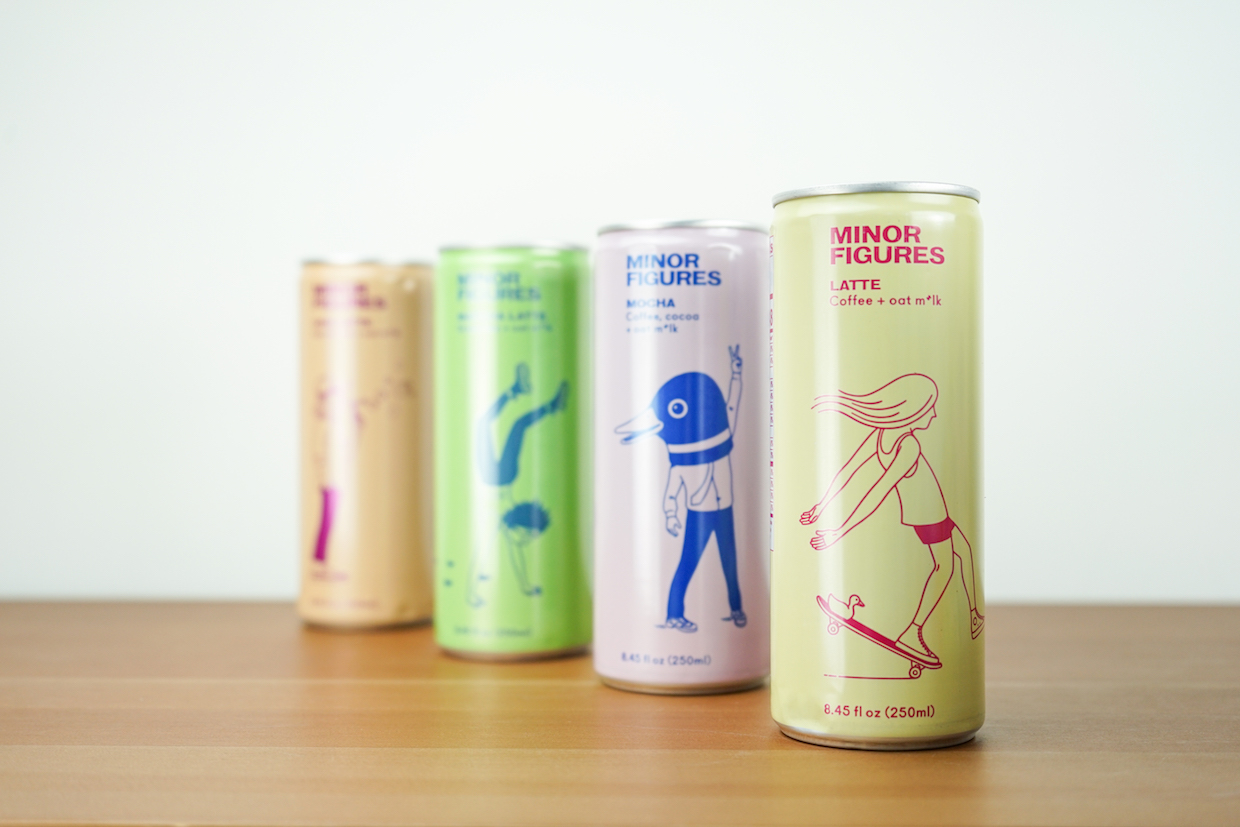 Plant-based milk-maker Minor Figures‘ expansion into the ready-to-drink category took a major stride forward this week with the launch of four canned beverages in the United States.

Each product in the new line contains a brew of specialty coffee or tea mixed with the UK-based company’s signature oat milk. The four flavors include a relatively unadorned Latte, featuring a seasonal single-origin brew mixed with oat milk, as well as a matcha latte, chai latte, and mocha (coffee, cocoa and oat milk).

“We always feature in-season coffees in our nitros,” Minor Figures Co-Founder William Rixon told Daily Coffee News of the beans at play in the new canned line. “Depending on the time of year this will vary. Broadly we tend to aim for Brazilians and Colombians for our latte and mocha, [as] these South American coffees bring a richness that pairs perfectly with our Oat formula.” 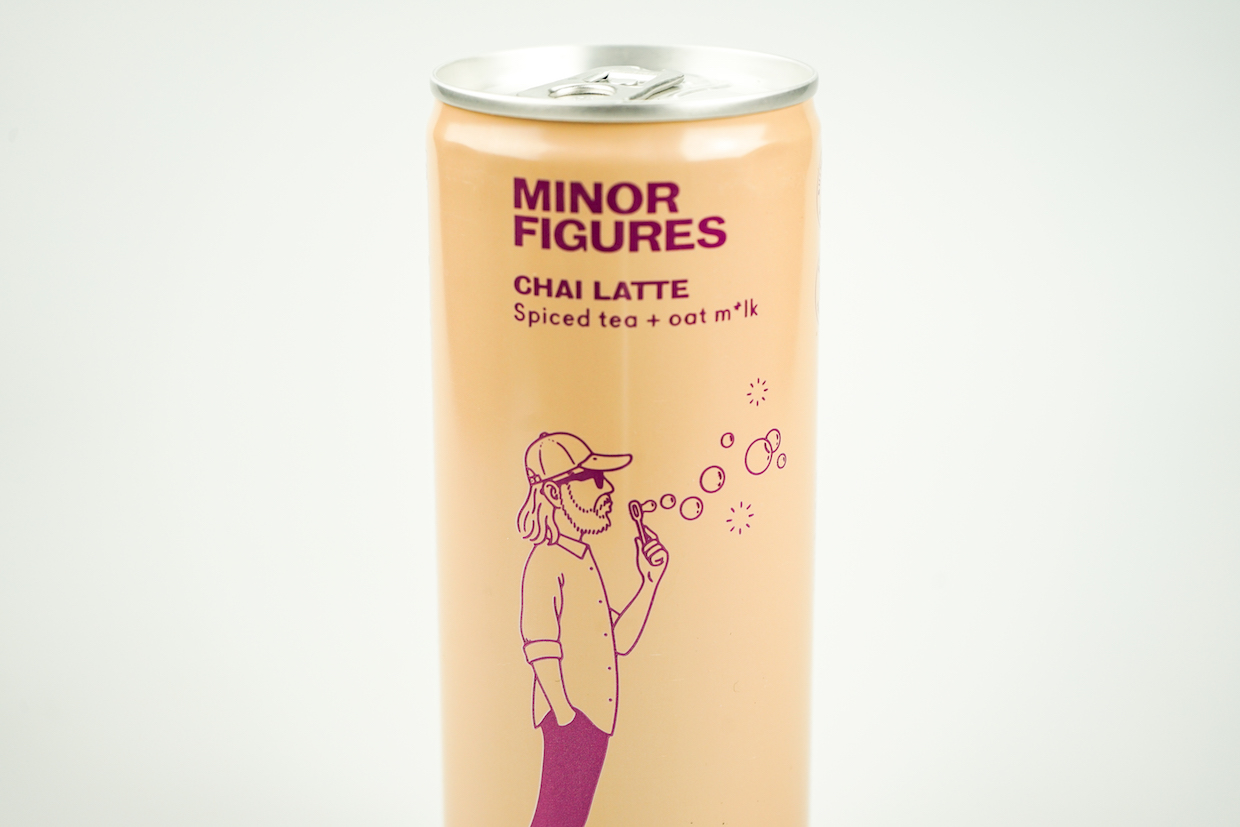 Minor Figures rolled out its first canned drinks in the UK three years ago. That was followed by a wider release in Europe, Asia and Australia in 2018. The roasting of coffees for its canned lineup is an evolving operation, and the company begun to transition to roasting in house.

“Over the years we have partnered with some world class UK-based speciality roasters,” Rixon said. “Currently [we are] roasting in-house with our awesome roaster Emiliano Mendez and sourcing some additional volume from our friends at Ozone [Coffee Roasters] in London.”

Unlike in overseas markets, the company does not plan to offer a straight black canned coffee in the United States at this time, due to differences they observe in consumer preferences, according to Rixon.

Said Rixon, “The taste profile of our black coffee is better designed for the European market, as it has a more bitter taste to it.”

Over the past year the company has made some additionally interesting moves, both in spite of and because of the pandemic. Minor Figures achieved 100% carbon neutrality last year through offsets, while in March 2020 it also launched the Roaster Roster (U.S. version here), an e-commerce addition to its website featuring exceptional coffees roasted by independents. 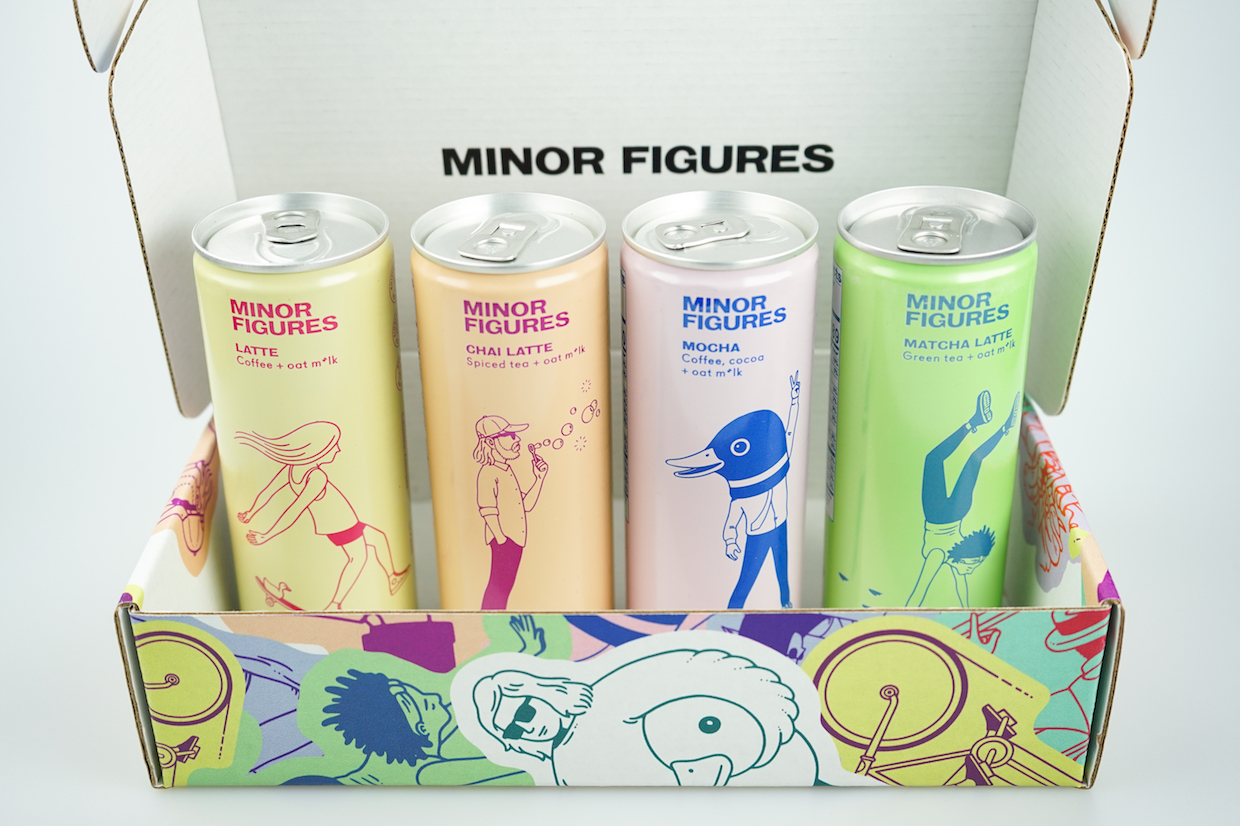 “It has been received exceptionally well and we intend to continue these longer term to support our friends in the coffee community,” said Rixon. “Supporting our friends and partners in the coffee world has been a large focus for us throughout COVID. Our core business is through coffee channels: cafes and roasters… We rely heavily on this community of independent coffee businesses, many of whom are personal friends of ours, so it is the least we can do to show our appreciation and to support until the industry bounces back.”

Minor Figures has responded to the pandemic by putting greater focus on grocery channels alongside its wholesale  business. While there are no plans to venture into the whole-bean category of coffee sales, Rixon said roasting for all canned beverages will shift entirely in-house by the end of this year. Cans containing 250 milliliters (8.45 ounces) of each beverage are available online in 12-packs for $35 each, as well as in select brick-and-mortar grocery chains now.