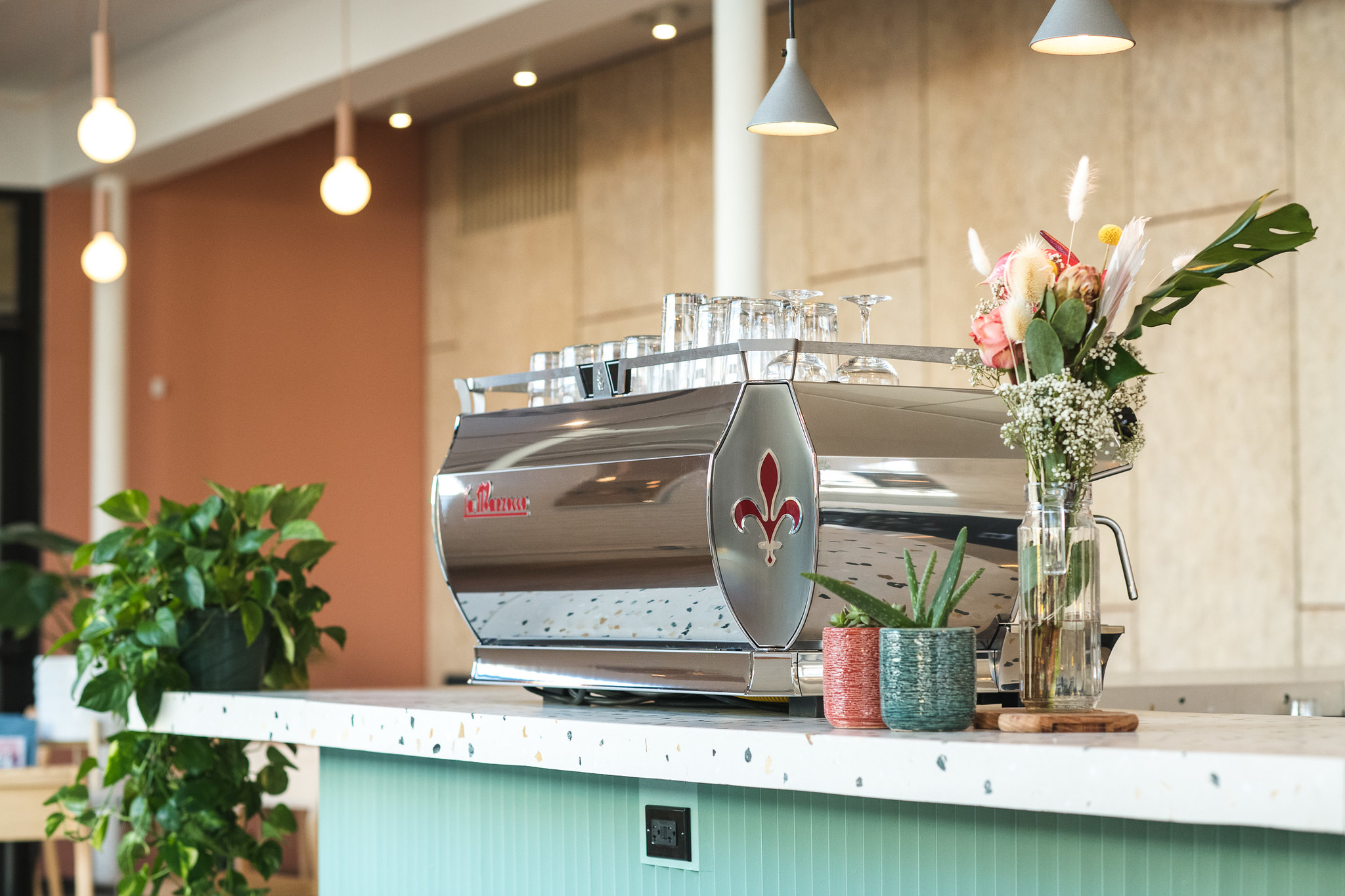 Italian espresso machine giant La Marzocco has introduced the next generation of the GB5 commercial espresso machine, upgrading the technology behind the signature curves.

While featuring technological advancements made since the model’s launch in 2005, the new La Marzocco GB5 X and GB5 S also introduce features not yet present on other LM machines.

One of these new features is a sensor that measures the conductivity and hardness of water entering the machine. Conductivity/PPM data on the incoming water will be displayed on the machine’s barista-facing screen, allowing users to gauge the performance of their water filtration system without having to involve outside equipment. 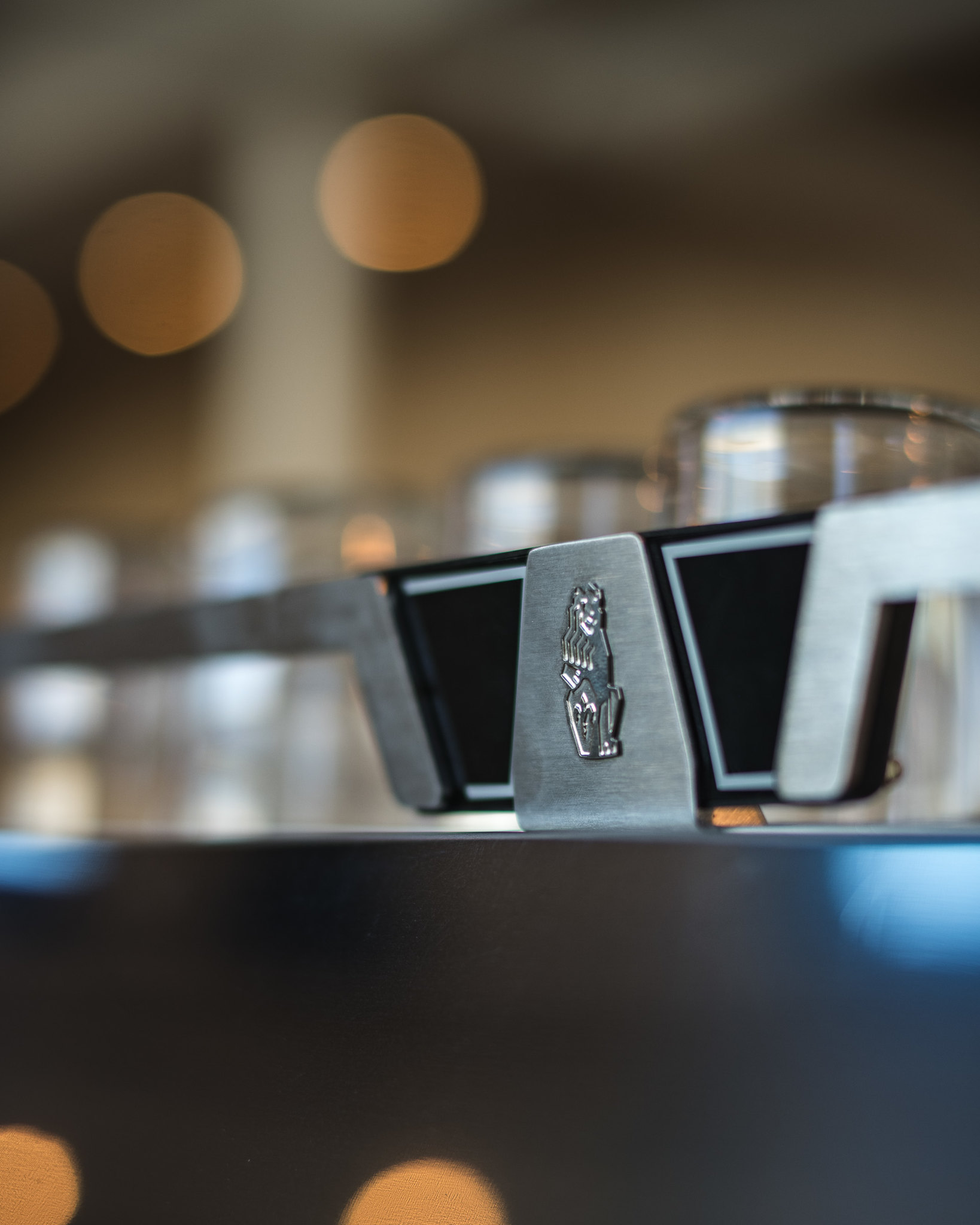 The LM lion logo at the top of the back frame. Photo by @abarlich courtesy of La Marzocco.

The new machines are also the first commercial La Marzocco machines equipped with internet connectivity hardware. This will enable additional features in the near future, the company said.

While maintaining the essential aesthetic of the GB5 — whose curved lines and rounded frame is notably distinct from the more linear, modern La Marzocco Linea models — the GB5 S and GB5 X provide different capabilities under the hood.

“We saw the GB5 as being this beautiful statement piece that was classic espresso machine design,” La Marzocco Global Product Manager Scott Guglielmino told Daily Coffee News. “We wanted to be able to offer people something that was more classical as compared to the PB. [And yet] the PB is such a great value in what you get, we wanted to bring [the GB5] closer so that we could offer another great value machine that delivers really good coffee consistently and easily.” 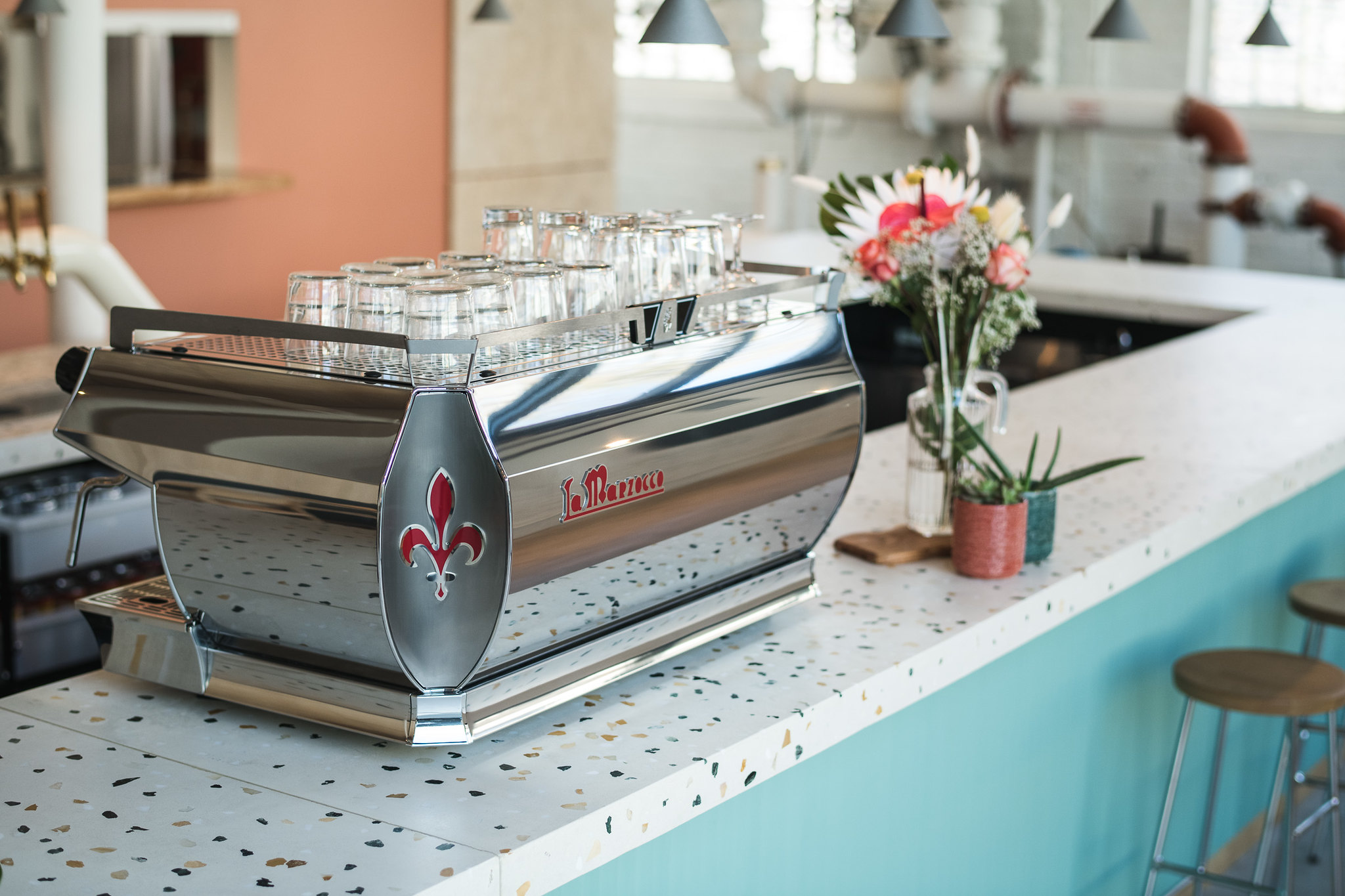 The GB5 S, with a single brew boiler shared by all groups, is the standard version of the machine, featuring red details, the smart water sensor and the Wifi hardware built in for future feature expansion.

The original GB5 debuted with the company’s lion logo on its signature corner indents in 2005, and it was the final new machine designed with input from Piero Bambi, the son and nephew of La Marzocco’s founders, who helmed the company practically his entire life and named the machine after his wife, Giovanna Bambi. 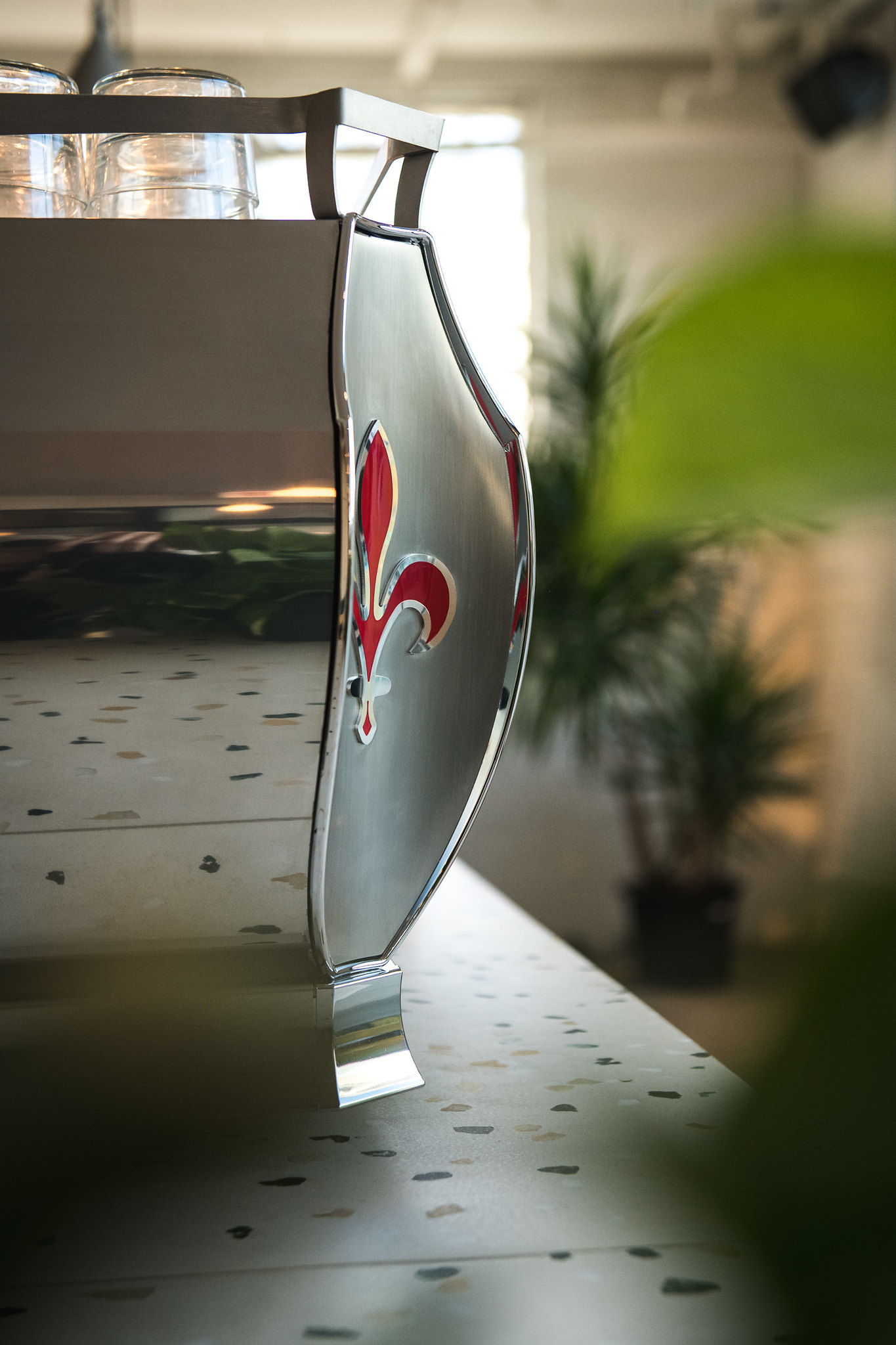 On the curved corners of the GB5, the LM lion logo has been replaced by the giglio emblem of Florence, Italy. Photo by @abarlich courtesy of La Marzocco.

The revamped GB5 models feature the giglio of Florence lily emblem — a symbol resembling the French fleur-de-lis — were officially unveiled today in concert with International Women’s Day and, coincidentally, almost exactly one year since Piero Bambi’s passing. The machines are now for sale and shipping.

“The giglio is the symbol of Florence, and Piero was so proud and excited to have that little detail on the machine, because it spoke so much to the city that we’re in,” Guglielmino said of the company’s pride in keeping the model primed for continued relevance into the future. “He is so important to us as a company.”