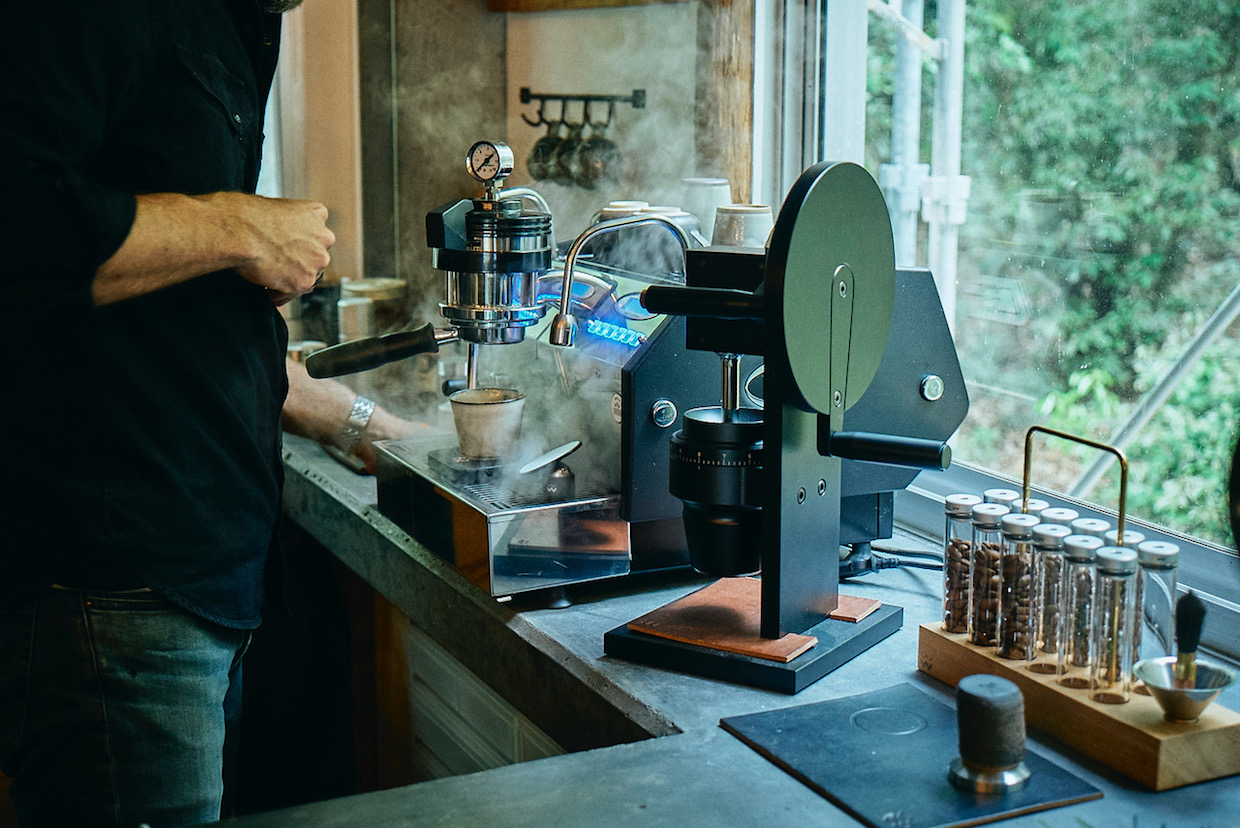 Coffee equipment maker Weber Workshops is shifting gears both literally and figuratively with the HG-2, the next generation of the brand’s high-end countertop manual coffee grinder. 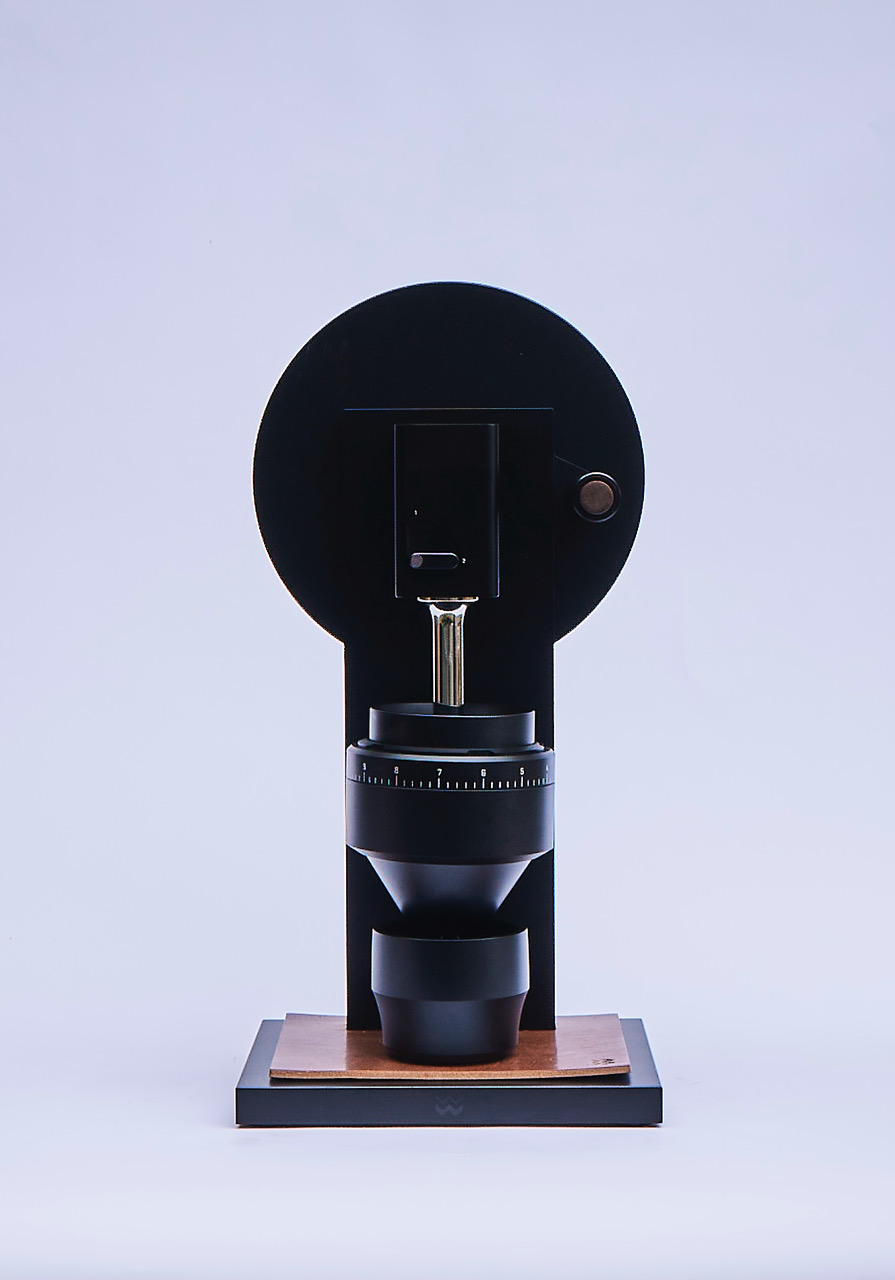 Yet hidden beneath the surface of the Weber HG-2 is a plethora of new features. Chief among these is a gearbox transmission housed between the crank and the drive shaft, allowing users to select the original one-to-one gear ratio or to downshift into a smaller gear for lower RPM per manual crank. The latter results in a slower grind, but with less physical effort. 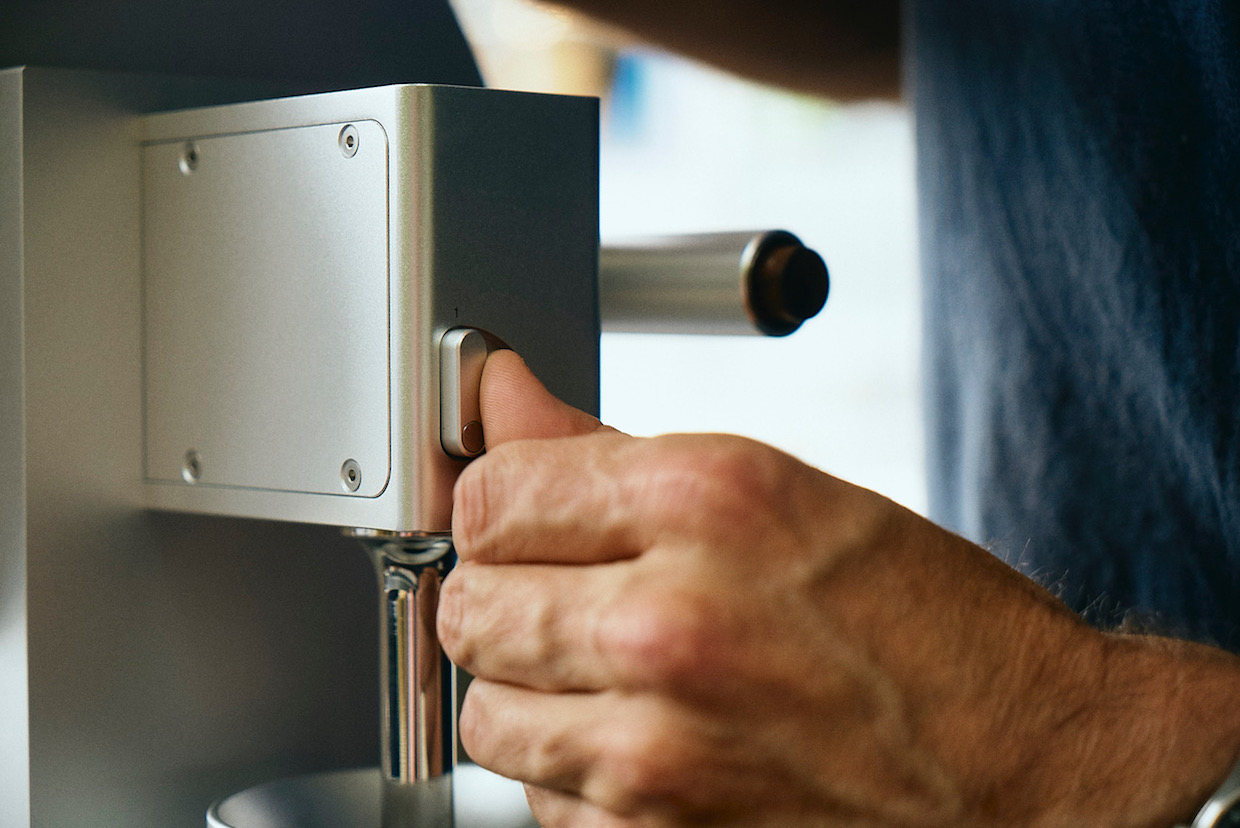 “For some people it was just too hard,” Douglas Weber, founder and CEO of Weber Workshops, said of the HG-1 grinding action. “We had some older customers that couldn’t do it, and even people who are pretty strong, sometimes you throw a lighter roast in there and it’s frickin’ hard. By adding a transmission on this, you cut it in half; literally, it’s half the effort to turn it.” 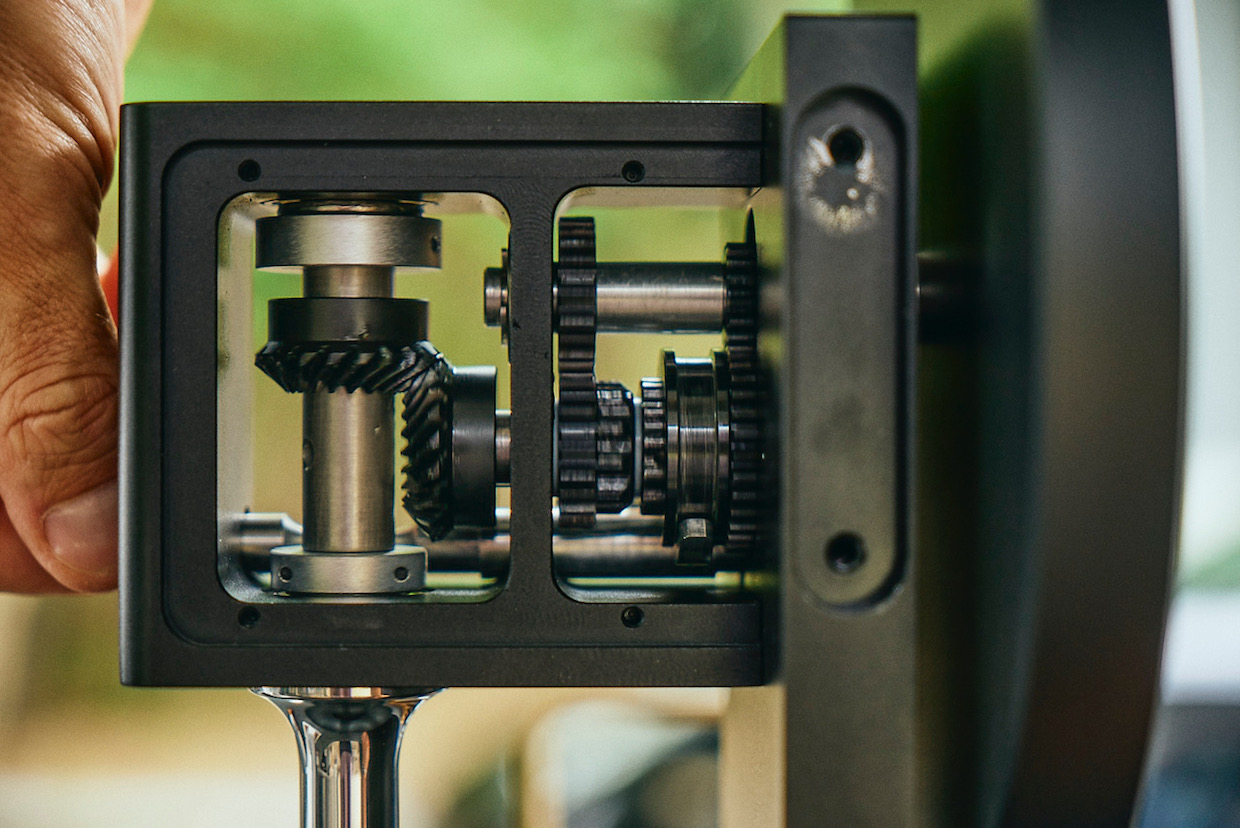 With design and administrative offices now in Taipei, Taiwan, Weber Workshops designed the gearbox transmission in-house and is having the gear system inside manufactured by Japanese gear manufacturer KHK Gears. The thread pitch on the HG-2’s adjustment collar has been reduced for increased precision when setting the grind, while the countertop footprint of the machine has been reduced by over a third, with a smaller bottom platform and a fold-up handle.

“It’s built like a Rolex,” said Weber. “Everything is at a new level.” 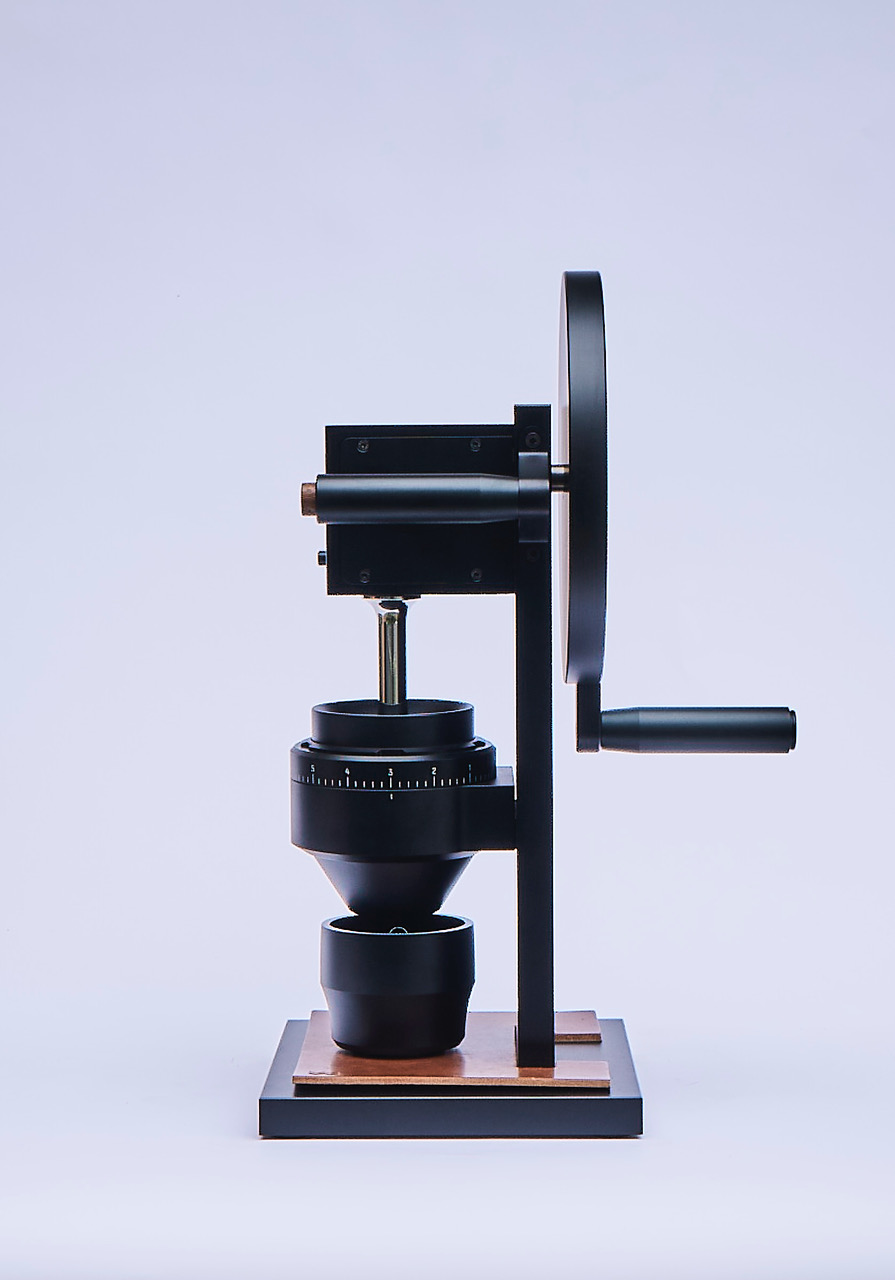 A magnet built into the base automatically centers the catch cup; magnets hold the grinding assembly together for tool-free access to the burrs for cleaning; and a magnet also holds a specially designed cleaning brush snugly nested within the stationary grip handle towards the top of the device.

The brush and the space where it is stored are both designed to prevent the user from crushing the bristles upon insertion, while magnets in the brush handle itself also draw the brush inward and hold it properly in place. Replaceable brush heads are available for attaching to the walnut handle. 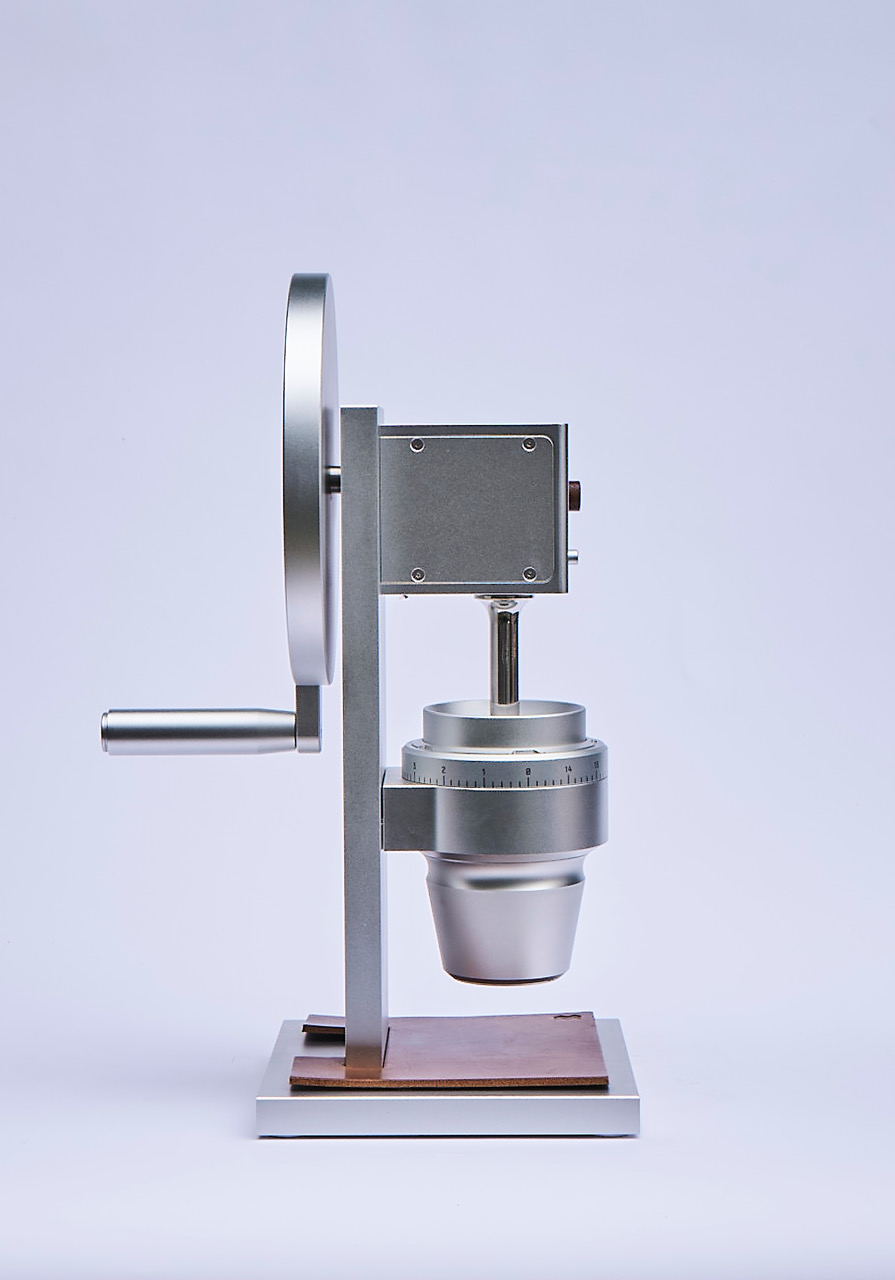 The HG-2 also features what the company has referred to as a “Magic Tumbler.” Rather than an exit funnel through which grinds issue into a receptacle, the Magic Tumbler attaches magnetically to the bottom of the grinder. Above it, a wiper piece is rotated along with the burrs with a 0.4-millimeter annealed stainless steel stirring rod for even redistribution of grinds within the receptacle.

“As you turn, it automatically does your WDT [Weiss Distribution Technique],” said Weber. “You pull it off, there’s zero mess, and it’s already all whisked up for you.” 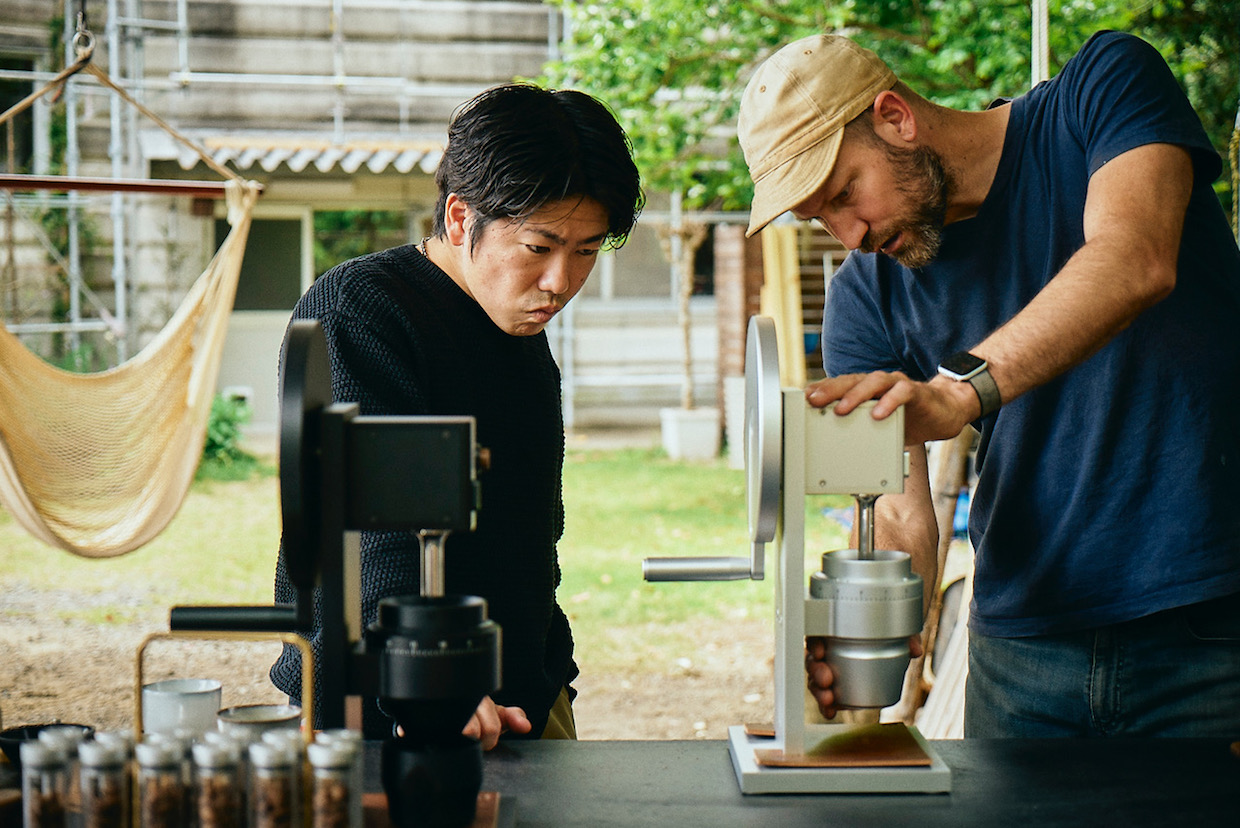 Weber, who now telecommutes to Weber Workshops from his home in Fukuoka, Japan, where he also runs the coffee company and bakery Kamakiri Cafe, said the company will be retiring the original HG-1 from its product line, roughly a decade after arguably paving the way for a new era of premium manual bench grinders for specialty coffee consumers.

The HG-2, with all of its additional features, will be slightly more expensive and will come in different finishes. Starting next week HG-2 sales will launch at $1,495 for a silver-color version, or $1,650 for matte black.