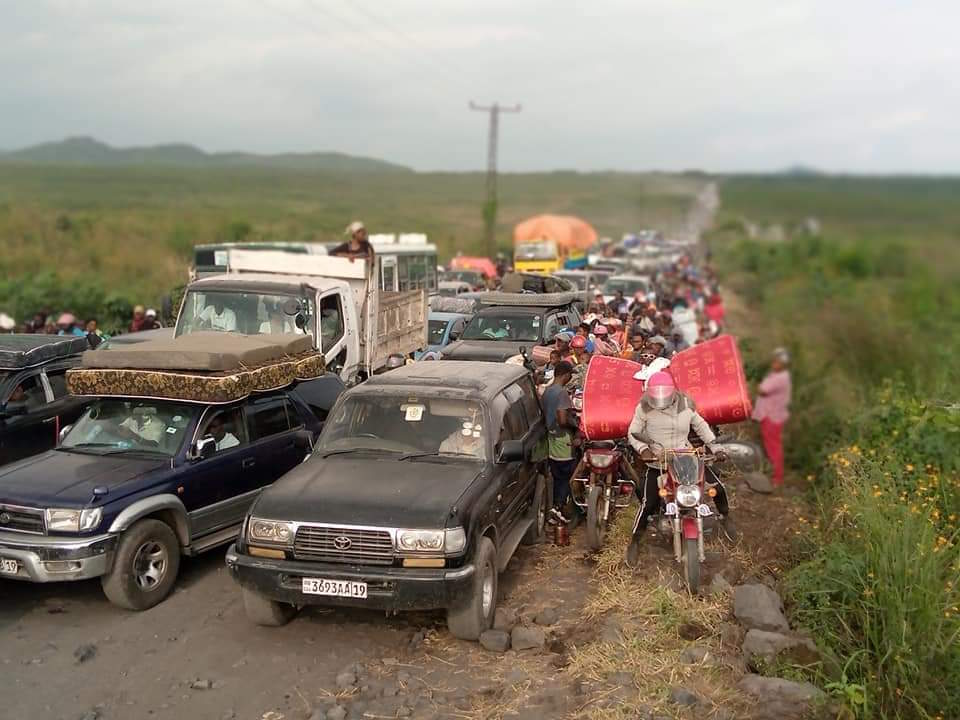 A traffic jam as people from Goma seek refuge from volcanic eruptions in the Eastern DRC. Image courtesy of On the Ground.

Hundreds of thousands of people have been displaced near prominent coffee lands in the Democratic Republic of Congo following last weekend’s deadly eruption of Mount Nyiragongo near the city of Goma.

The threat of a second, potentially more dangerous eruption from under Lake Kivu has caused even more evacuations, with people seeking refuge in surrounding villages or across the eastern border into Rwanda.

Meanwhile, supporters of the DRC’s recent coffee renaissance — where infrastructure in Goma has played an important role — are mobilizing efforts to support displaced people and coffee partners on the ground.

One of the world’s deadliest active volcanoes, Mount Nyiragongo, erupted without warning last Saturday. The eruption and resulting flow of lava towards the city caused a widespread evacuation in the city with an estimated 2 million (official pop. 670,000) inhabitants and destroyed at least 17 villages. Adding to the destruction, an earthquake took hold on the border of DRC and Rwanda on Tuesday.

At least 31 people have been killed in the disaster, with dozens of people still missing and more than 200,000 displaced from their homes, according to the most recent estimates from the UN. Today, the UN estimated that some 400,000 people are in need of relief.

The worst may be yet to come. As of yesterday, local officials ordered the continued evacuation of at least 10 of Goma’s 18 neighborhoods in anticipation of another Nyiragongo eruption centered beneath Lake Kivu. By all accounts, such an event could be catastrophic, potentially resulting in a cloud of methane gas that could asphyxiate humans.

Within this larger humanitarian crisis in a place that has long suffered from neglect on a global scale, coffee communities are being affected in this part of the DRC, where coffee has become an increasingly important and viable cash crop.

“Goma is home to the majority of eastern DRC’s coffee processing capacity and there are thousands of coffee producers with farms spanning North and South Kivu who depend on the commercial hub,” Kevin Wilkins, senior technical advisor of specialty crops for the DRC-focused Élan RDC project, told DCN. “Lava flows cut off a primary transport artery for many traders. The importance of that route sparked a multi-stakeholder group effort to clear the blockage — i.e., rework the road north of Goma that is impassable due to Laval flows.”

Susan Heller Evenson of Atlas Coffee Importers told DCN that while the members of the company’s coffee-growing organizational partners in the DRC are believed to be safely evacuated from affected areas, the longer-term damage to some coffee dry mills and the homes of many workers is not yet calculable.

“Immediate funds are needed for aid and supplies for internally displaced people,” Heller Evanson said in a letter shared with DCN. “We cannot overstate the seriousness of the current situation for this region.” 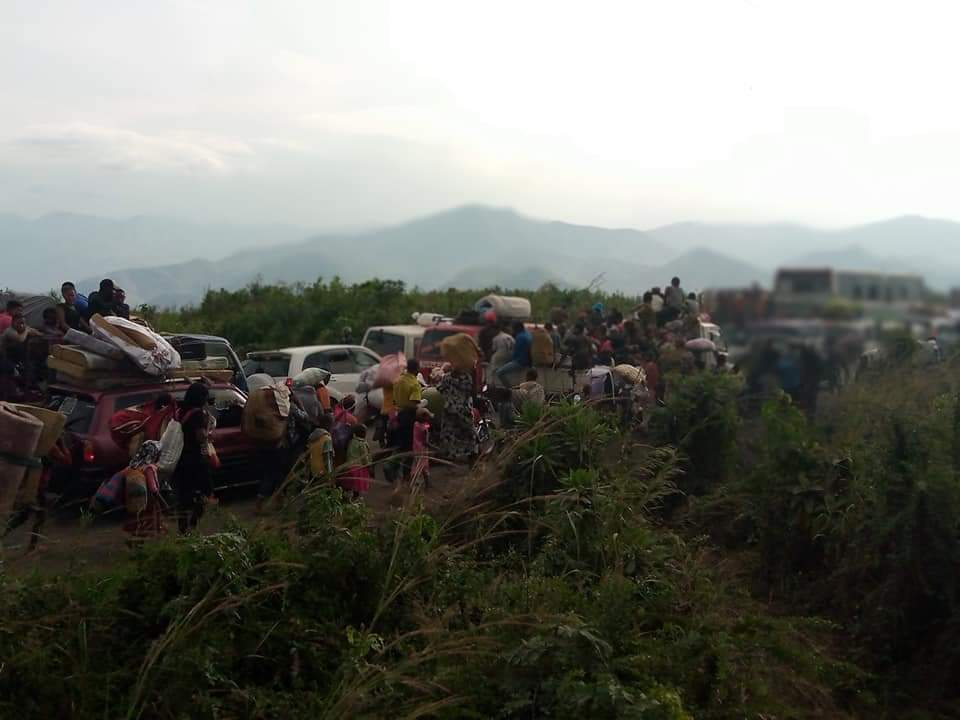 Image courtesy of On the Ground.

Higher Grounds Coffee Founder Chris Treter of the DRC-focused nonprofit On the Ground said he’s been in constant contact with partners in Goma and and the nearby town of Minova since the first eruption.

Treter told DCN that it’s impossible to quantify the level of displacement, yet he underscored the need for basic necessities as evacuation and displacement head into a second week.

“The coffee-growing town of Minova is overwhelmed with refugees,” Treter said via email. “Our staff and headquarters at [On the Ground] is in Minova where they are administering aid to many refugees and have need for more funds to support more who arrived yesterday.”

With support of its founding organizations — the coffee companies Higher Grounds, Wonderstate Coffee and Amavida Coffee Roasters — On the Ground has launched a campaign to help fund relief efforts.

If you are aware of other coffee-led efforts to support displaced people in the Eastern DRC in the wake of this week’s natural disasters, please let us know: