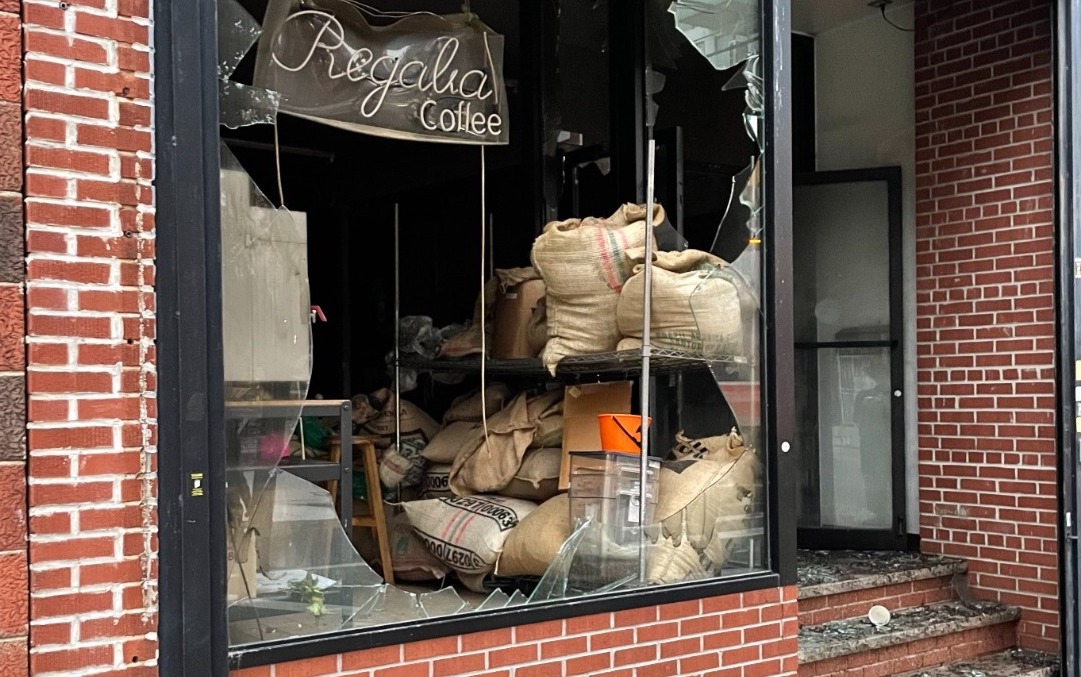 The Regalia Roasting Collective front after the fire. Photo via GoFundMe.

A fire this week caused significant damage at the Regalia Roasting Collective co-roasting and education headquarters in New York City.

Regalia Co-Founder Paolo Maliksi told DCN that the blaze occurred after operating hours on Monday, April 25. Authorities have not yet reported a cause and there have been no reported injuries.

“The cause for the fire is currently undetermined, and we are working with specialists and our insurance company to try to determine the cause,” Regalia Co-Founder Paolo Maliksi told Daily Coffee News today.

The family- and minority-owned coffee company has launched a GoFundMe campaign, in which they describe extensive physical damage to the Long Island City, Queens, facility. 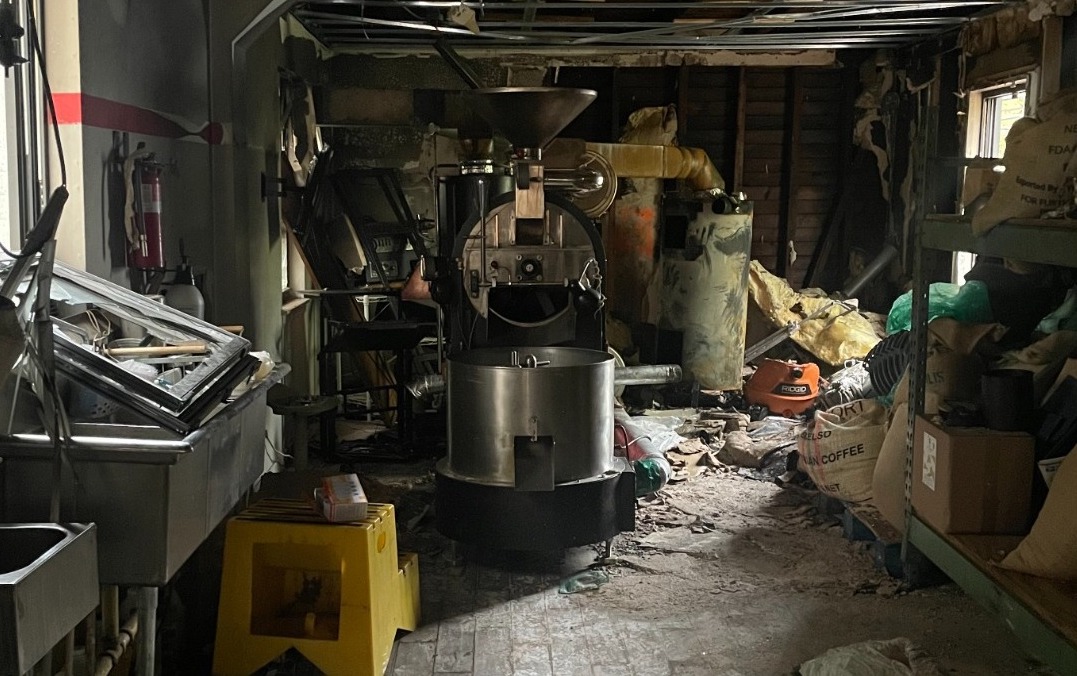 “It’s hard to determine the extent of the damage to our equipment because the electricity to the space is currently turned off, so at this time we’re unable to determine if anything that requires electricity is operational,” said Maliksi. “The roasted coffee, the boxes, the bins, anything that was sitting on a second level of a pallet shelf unfortunately did not make it. It melted or were soaked due to firefighters putting out the fire with water.”

Regalia Roasting Collective was founded in 2018 in New York City, providing equipment, facilities, education and other resources to startups and cafes seeking to develop their own roasting operations.

The company’s web store, which offers its own brand of roasted coffees, is temporarily closed due to the fire. Shelving and storage in the corner of the roastery where the fire broke out also contained materials owned by Regalia’s members, Maliksi said.

A number of independent roasting companies around New York City have stepped up to provide access to their own equipment for Regalia roasting customers who have had their production impacted.

“The community has been extremely swift and gracious in its response, and have offered temporary solutions to our members of many different sizes, so everyone has or will find a roasting home in the next few days and next week,” said Maliksi. “Now my goal is to continue to ensure that they have access to whatever type of roasting facility will house them, so that they can continue that momentum.” 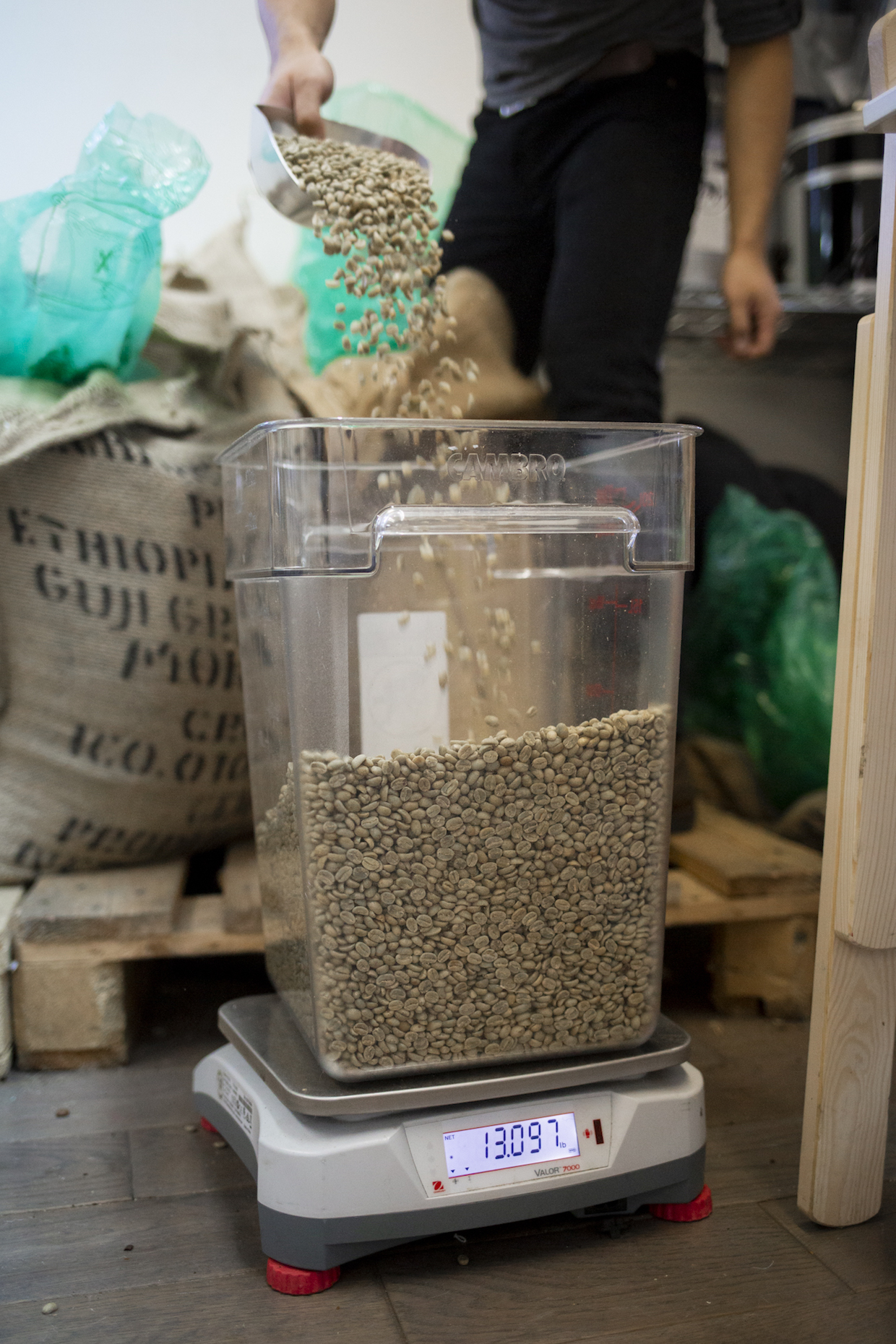 At the Regalia Roasting Collective in Long Island City in 2019. Courtesy photo by Katie Peurrung.

The GoFundMe campaign includes links to all 31 of the currently active members of the co-roasting facility. Maliksi told DCN he hopes that when visiting the page to support Regalia, the public also considers supporting as many of its member companies as possible.

“Some of them are cafe owners; some of them have bakeries; some are young wholesalers,” said Maliksi. “If you can make a donation, please visit their cafes double these next few weeks, or continue to support them throughout this, as this is definitely felt throughout the chain.”