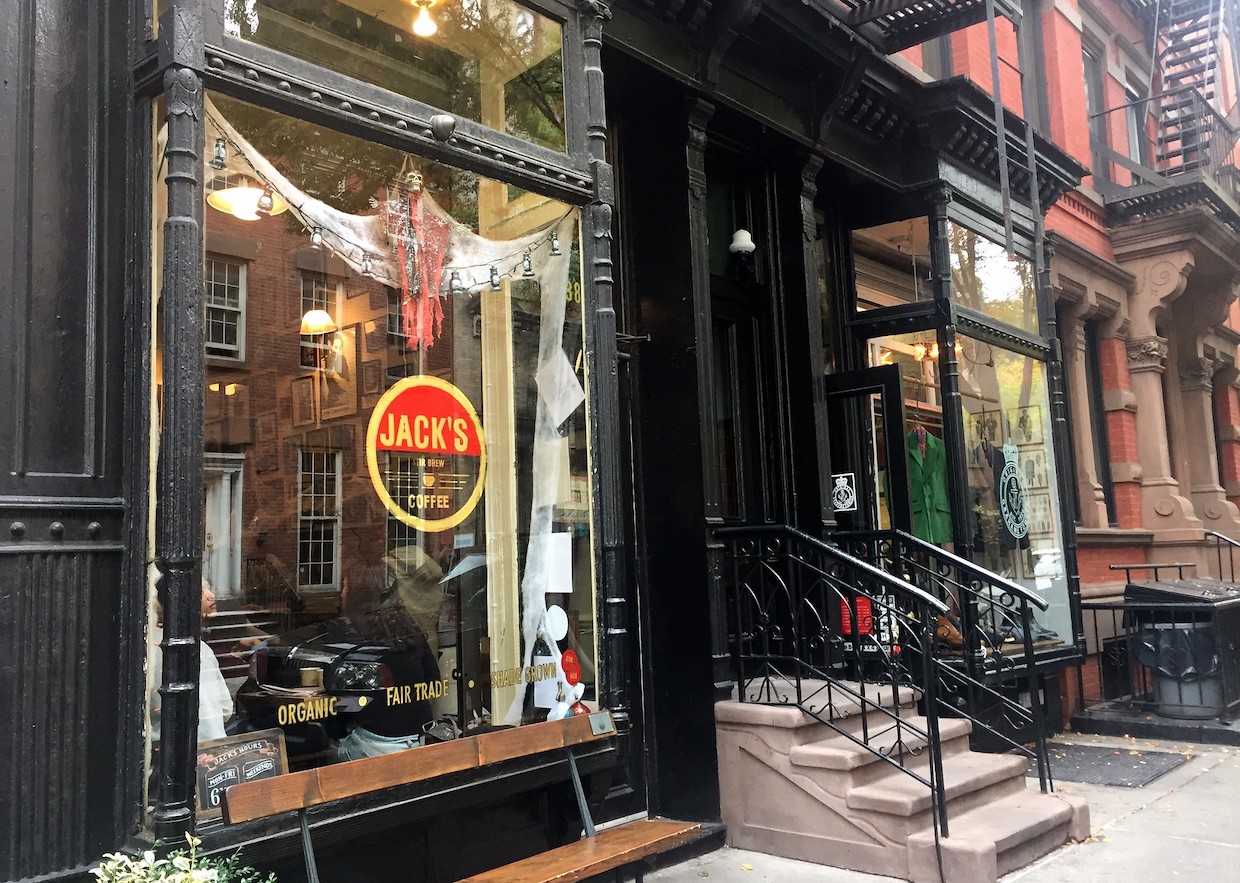 “Jack’s Stir Brew — one of NYC’s first speciality coffee shops” by Bex.Walton is licensed under CC BY 2.0.

The financial terms of the merger have not been released.

The merger was led by the New York-based investment firm Feenix Venture Partners, which was an existing lender to VSV. Meanwhile, VSV founders and operators — Rakesh Chandiramani, Sebastien Auvet and Dilip Hari — will lead the parent company. The three have been involved in corporate management of Jack’s Stir Brew since 2020.

“The synergies between these businesses were clear and the VSV team has done an incredible job with Jack’s Coffee, so the merger made obvious sense,” Keith Lee, CEO of Feenix, said in an announcement of the deal. “We’re really excited about where the team will take the business with this new combination.”

Jack’s Stir Brew was founded by Jack Mazzola in 2003 with a single location on 10th Street in the Greenwich Village neighborhood of Manhattan. The cafe was one of the first in the city to promote all Organic and Fairtrade-certified coffees. It was also the birthplace of a mechanical coffee grounds agitation device that would eventually inspire the Stir Brew name.

In 2018, Mazzola shared plans to expand Jack’s by 25 new stores over a four-year period, plus a possible nationwide rollout. Those developments have not yet come to pass, although TenEleven says future plans include the launch of a wine and coffee club, plus scaling brick-and-mortar operations to “additional markets in the Northeast and South.”