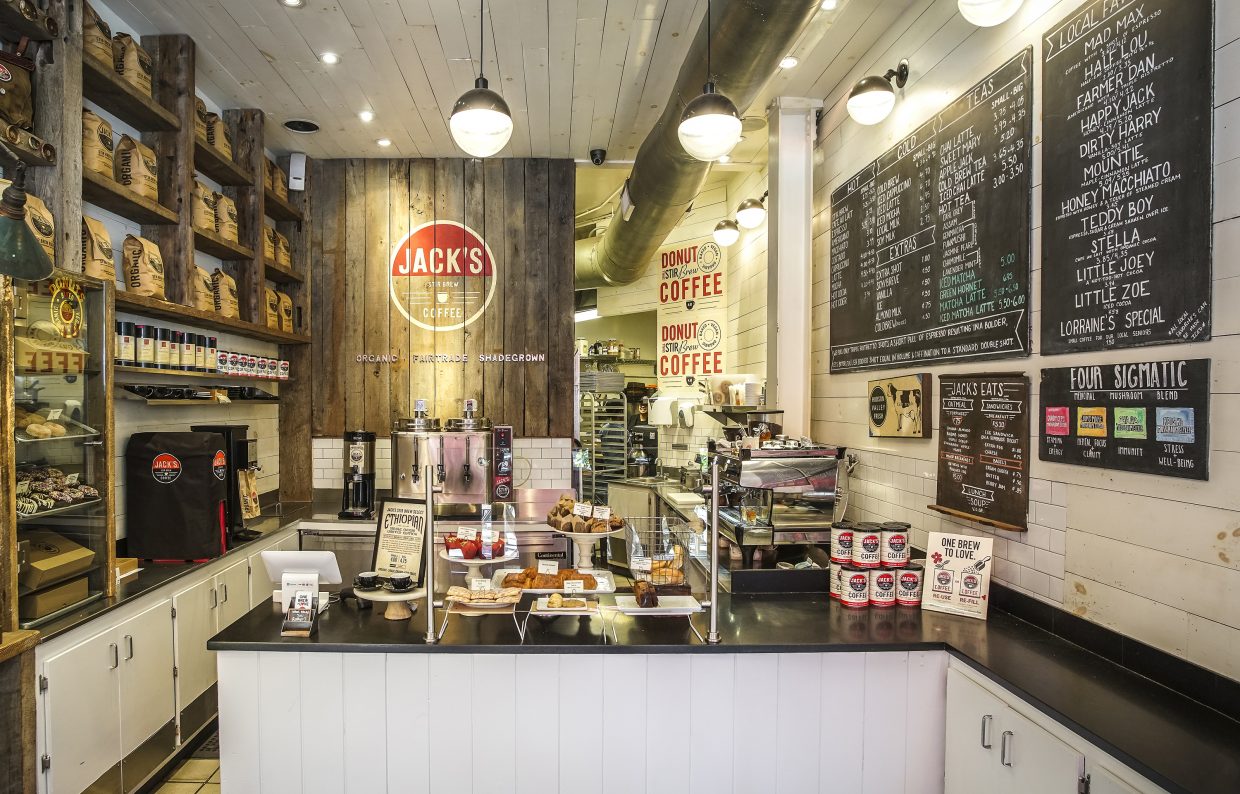 New York-based coffee company Jack’s Stir Brew, known for its mechanically agitated batch brews and community-oriented cafés, has announced a major multi-year expansion effort slated to bloom the company’s retail presence by over 300 percent in the next four years, totaling 25 new stores. A second phase of growth is in planning to follow, with an anticipated equal or greater number of new stores, potentially nationwide.

Four new stores are slated for opening in New York City in 2018, including one on the Upper East Side, one on the Upper West Side, and the other two locations remaining undisclosed for now. In 2019 six more stores will open, in addition to two within the prestigious large-scale west Manhattan redevelopment project Hudson Yards. The other locations, and plans for expansion beyond 2021, are not yet made public.

Currently Jack’s Stir Brew operates six locations in Manhattan and two in the Hamptons, all supplied by the company’s in-house all-vegan bakery for donuts and other baked goods and the company’s own roasting facility in Edgewater, New Jersey overseen by head roaster Will Callas. The company-wide café equipment lineup includes La Marzocco GB5 espresso machines paired with Mazzer grinders, and Ditting grinders for all shops’ marque Stir Brew, prepared on the company’s patented Stir Brewer machines that focus on combining heat stability and precise water flow with a custom stirring mechanism. 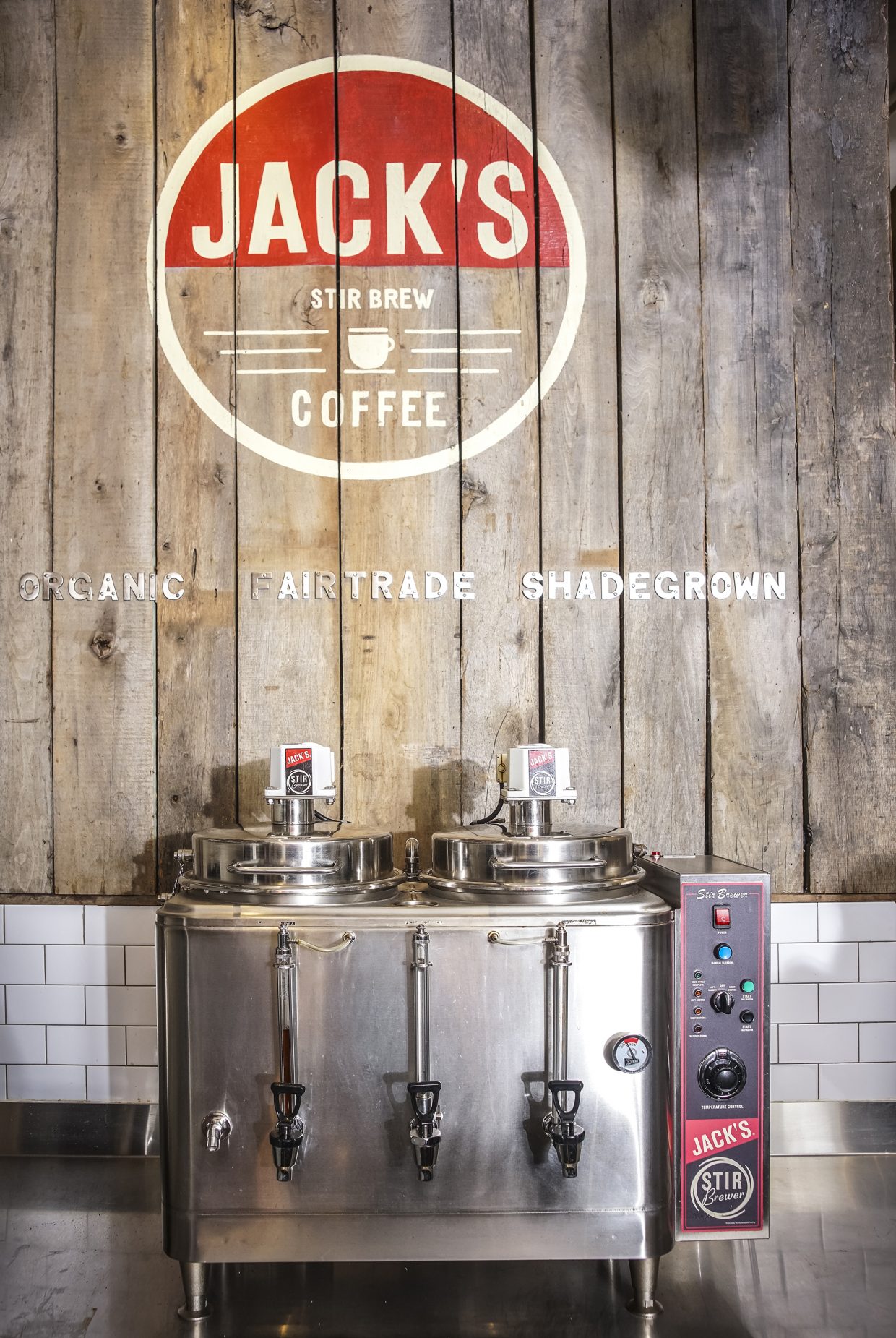 For founder Jack Mazzola, the Stir Brew method was born from a recollection of his Italian grandmother stirring a sauce for hours every Sunday to achieve a depth of flavor. As a brewing concept in general, stirring the grounds inside a filter while brewing is an idea that has been supported by a variety of specialty coffee luminaries, including Scott Rao, James Hoffmann and others. Other examples of equipment manufacturers that have adopted the theory include the Ground Control batch brewer by Voga Coffee, which features a stirring mechanism, as well as the single-cup Bunn Trifecta brewer that also applies turbulence to the slurry while brewing.

Jack’s Stir Brew was founded in 2003 after Mazzola, who was born and raised in New Jersey, moved to Greenwich Village by way of Hollywood, California, after moving on from a career in acting that had included appearances on such TV shows as Diagnosis Murder and Law & Order, and a recurring role on All My Children. A founding ethos of the company was its dedication to serving exclusively organic, ethically-traded, shade grown coffees, in neighborhood-oriented shops that promote community and togetherness. 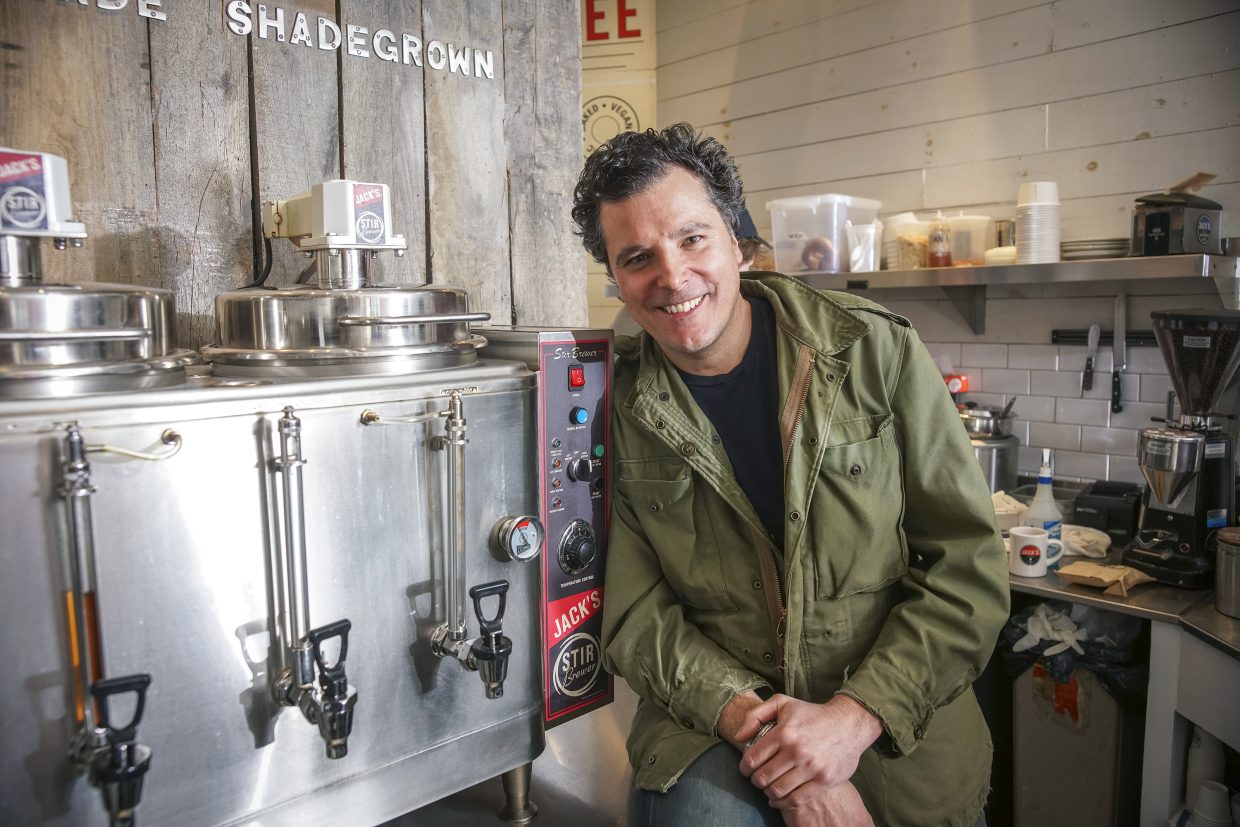 “I feel that it has taken this long to really focus the brand, establish proper employee growth, as well as operational discipline, and felt it was the right time in the market to take this next step,” Mazzola told Daily Coffee News. “That being said, it’s important to highlight the fact that JSB had been growing year-over-year for the last 15 years. The company is just accelerating growth now that they’ve perfected their offering and customer experience.”

Another innovation on the horizon for Jack’s Stir Brew is a line of “functional” coffee drinks that incorporate “performance-enhancing nutrients,” developed in collaboration with author and internist Dr. Leo Galland. A Functional Coffee menu of four drinks will launch this Spring, purportedly offering either anti-inflammatory, immunity boosting, sports recovery, or enhanced cognitive benefits.

Bioactive nutraceuticals aside, the company has in the meantime also taken a somewhat opposite track of introducing a line of pure, single-origin coffees that expand on the existing JSB selection of blends.

“With the introduction of our single origin coffees comes more travel and adventure, something I’ve always been personally passionate about — going to discover co-ops around the world and discovering small farms where we buy smaller quantities of coffee,” said Mazzola. “This brings us back to my initial vision, and the opportunity to work directly with the farms that grow our coffee.  I’m also looking forward to being able to share about my experience as an entrepreneur and to inspire other young entrepreneurs looking to go into business, whether its coffee, or something else and know that they can achieve success.”