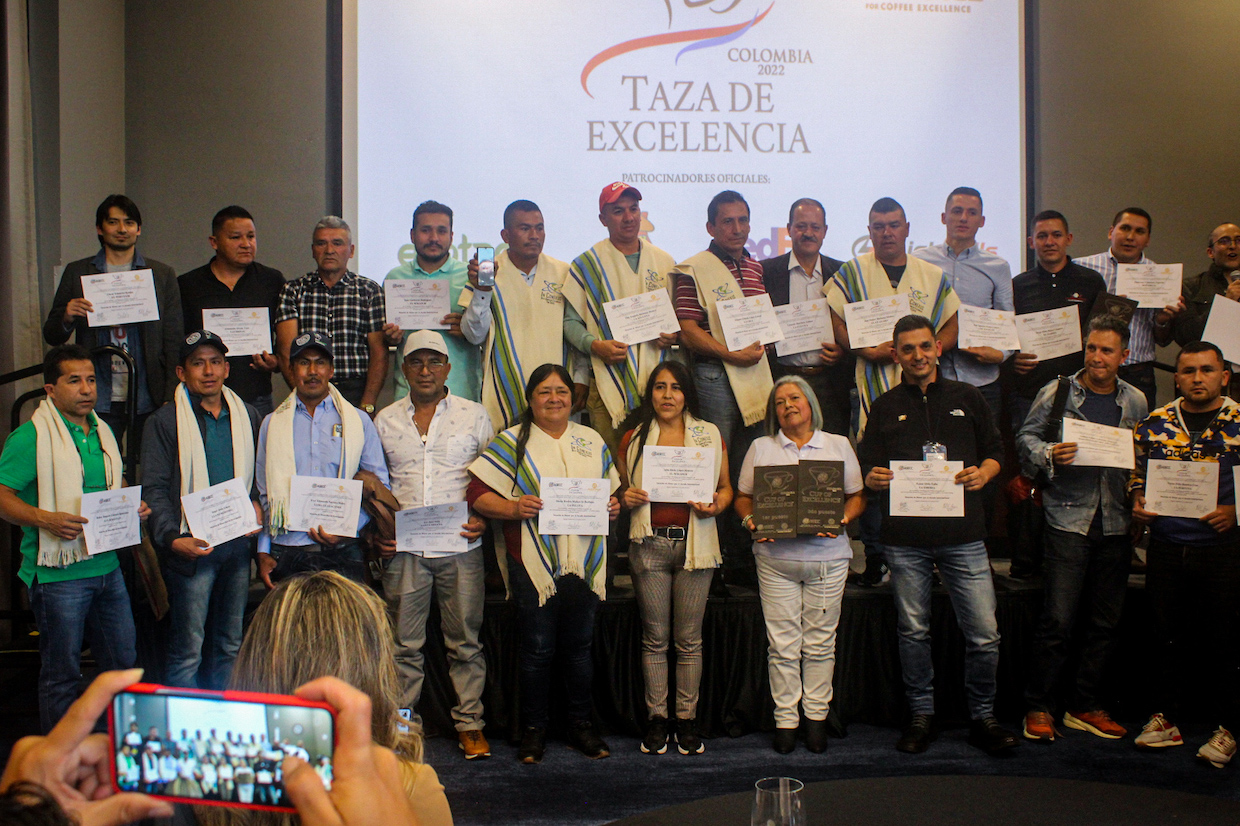 Winning producer representatives gathered at the Cup of Excellence awards ceremony this month. All images courtesy of the Alliance for Coffee Excellence.

CoE organizer the Alliance for Coffee Excellence (ACE) and the Asociación Colombiana para la excelencia del café (ASECC) announced the winners at a ceremony this month ahead of an auction for the award-winning coffees to take place Tuesday, Nov. 22. 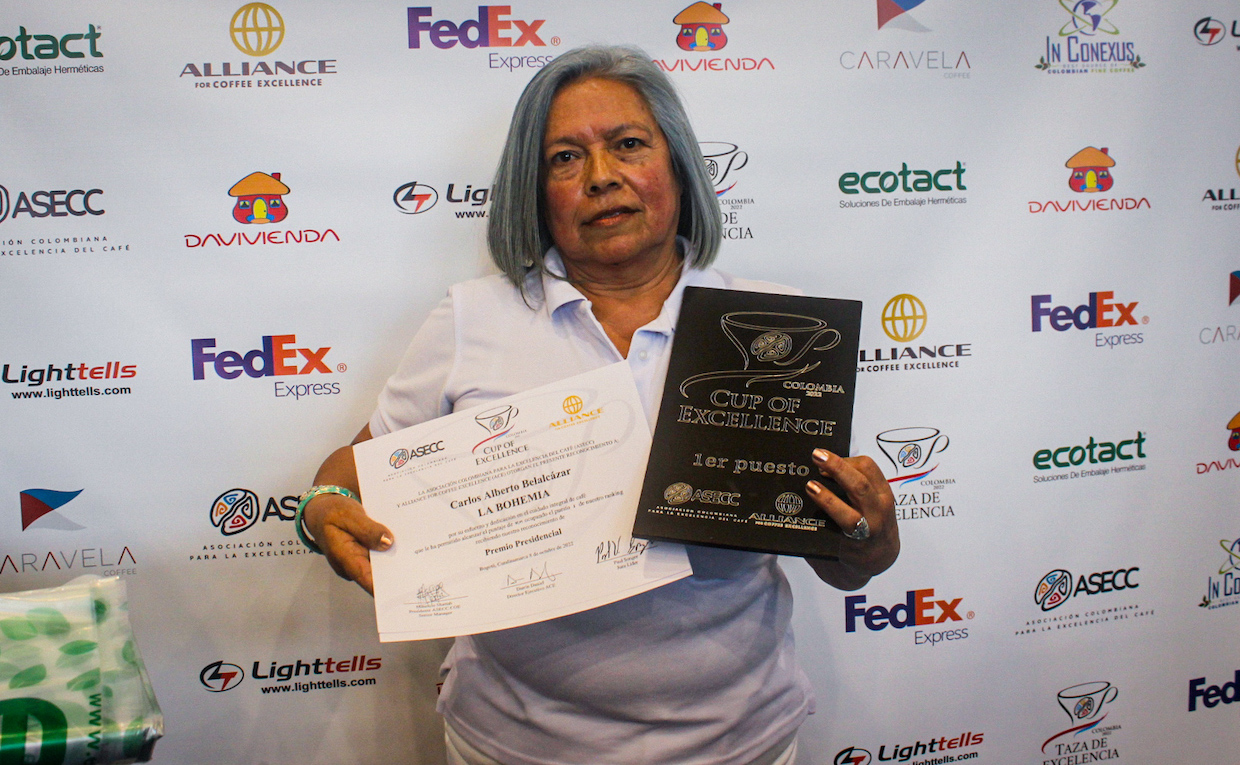 Among the winning coffees in 2022 is a washed Gesha-variety coffee from the farm La Bohemia that was produced by Carlos Alberto Belalcázar. The coffee took the competition’s top spot with a final score of 90.64, according to the CoE’s international jury.

“My adoptive son won second place in 2021. When he tried my coffee he insisted that I should participate in the Cup of Excellence this year. But since I don’t have internet I didn’t think it would be possible for me to participate. However, I investigated and it turned out to be very easy and I was able to submit my coffee in the competition,” Belalcázar said in an announcement shared by ACE. “We have made a great effort to do all the processes of the farm by the book and we have been working on quality for more than 20 years. So this is a great reward for our effort.”

A list of all the winning farms plus auction information is available here.