In Binghamton, Beer Tree Owners Branch Out with Batch Coffee 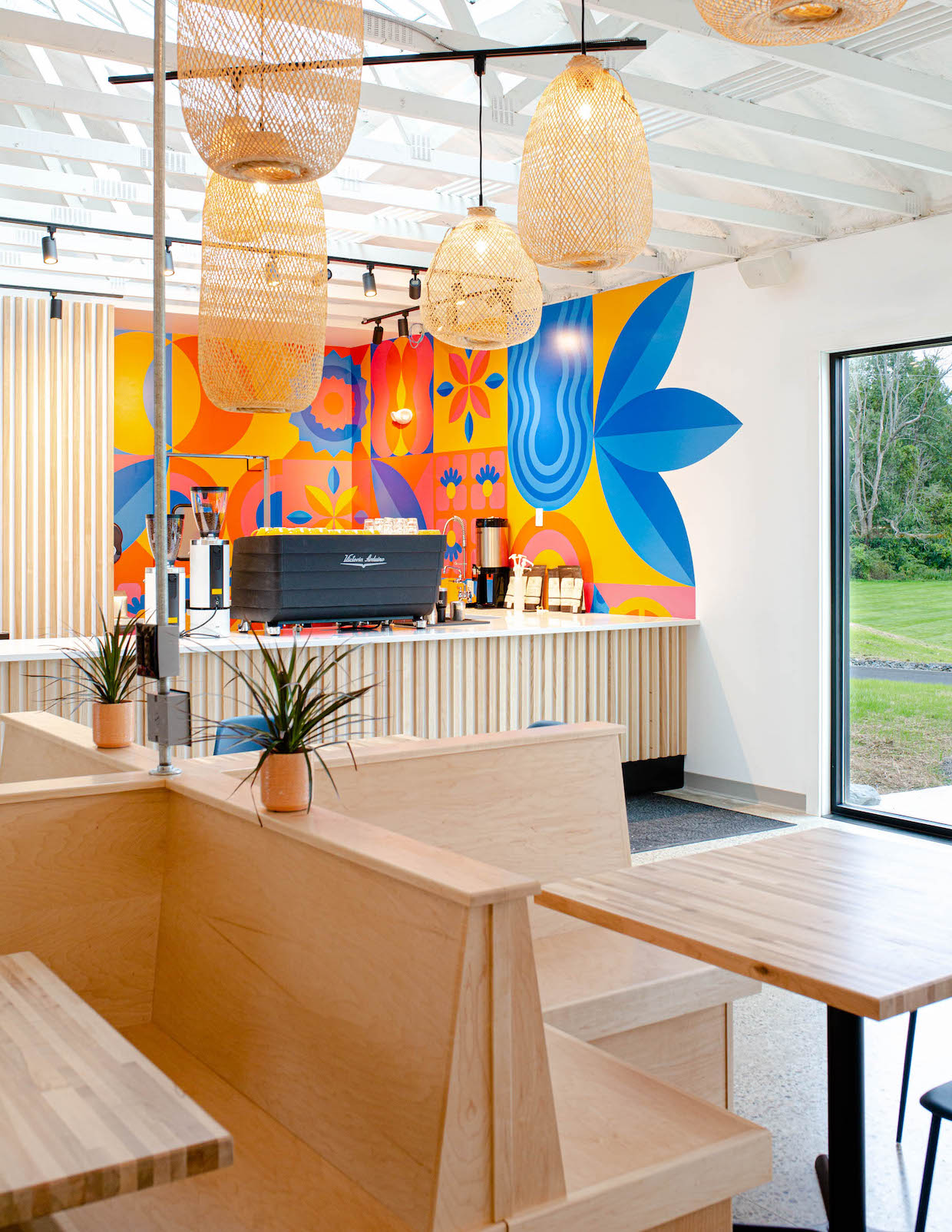 Approximately half of Batch’s new 4,000-square-foot home base is dedicated to the company’s roasting operation, made possible through a bright white Diedrich Roasters DR-25 machine. The remaining half of the space is split evenly between a colorful retail cafe and a full kitchen. 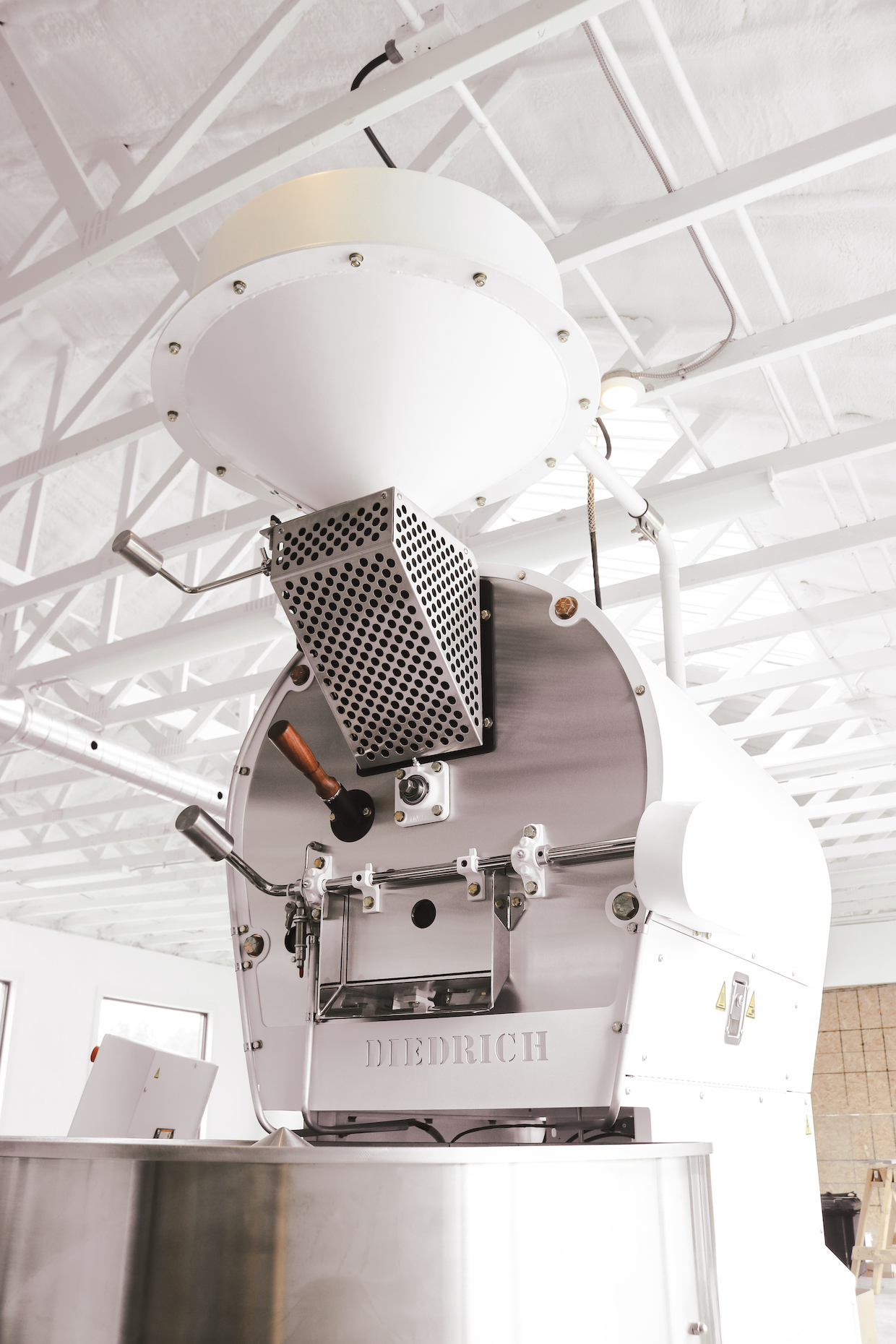 Executive pastry chef Subrina Peck leads a pastry program, while a menu of scratch-made breakfast plates transitions towards sandwiches and wraps over the course of the day.

The coffees themselves fall under the purview of head roaster Coe Young, who owned Binghamton’s Laveggio Roasteria for 15 years prior to joining Batch. 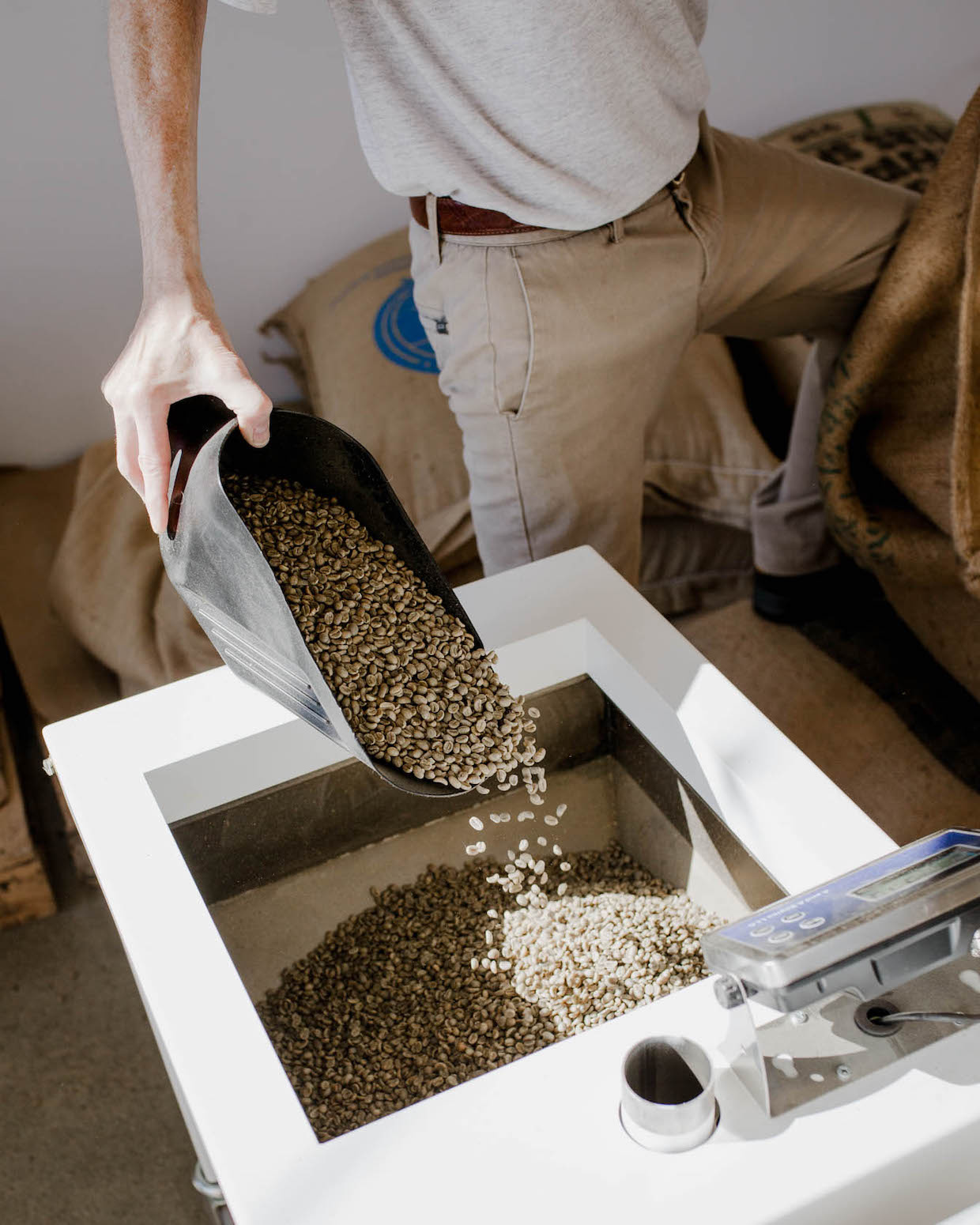 “We aim to present people with true-to-region single-origins and both retro and new-era blends,” Batch Coffee Co-Founder Brendan Harder told Daily Coffee News. “For example we have two house espressos: ‘Retro,’ which has flavor profile highlights of milk chocolate, hazelnut, and toffee; and then we have a ‘Bright,’ which has flavor profile highlights of berry, sweet chocolate, and a smooth acidity.”

These are enjoyed by guests in the white and wood-toned cafe space beneath woven pendants, while sunlight from large windows illuminates a vivid mural behind the bar. 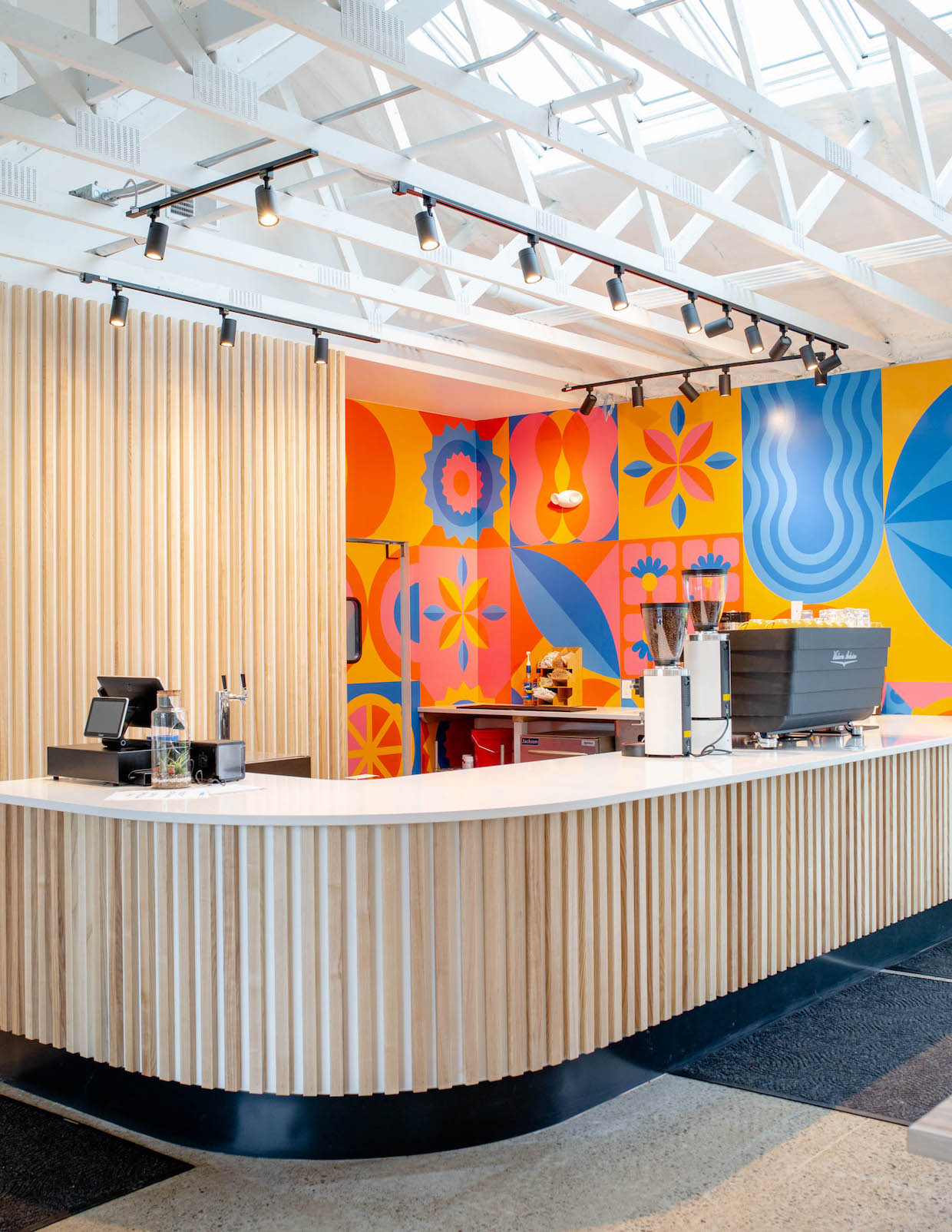 “Our mural pattern is based on the flavor profiles of our coffee, but done in an abstract geometrical style,” Batch Coffee Creative Director Mary Cromer told DCN. “We use the mural design throughout our entire brand to really tie everything together. Even using images that align with a specific bean flavor profile on the labels of our bags.” 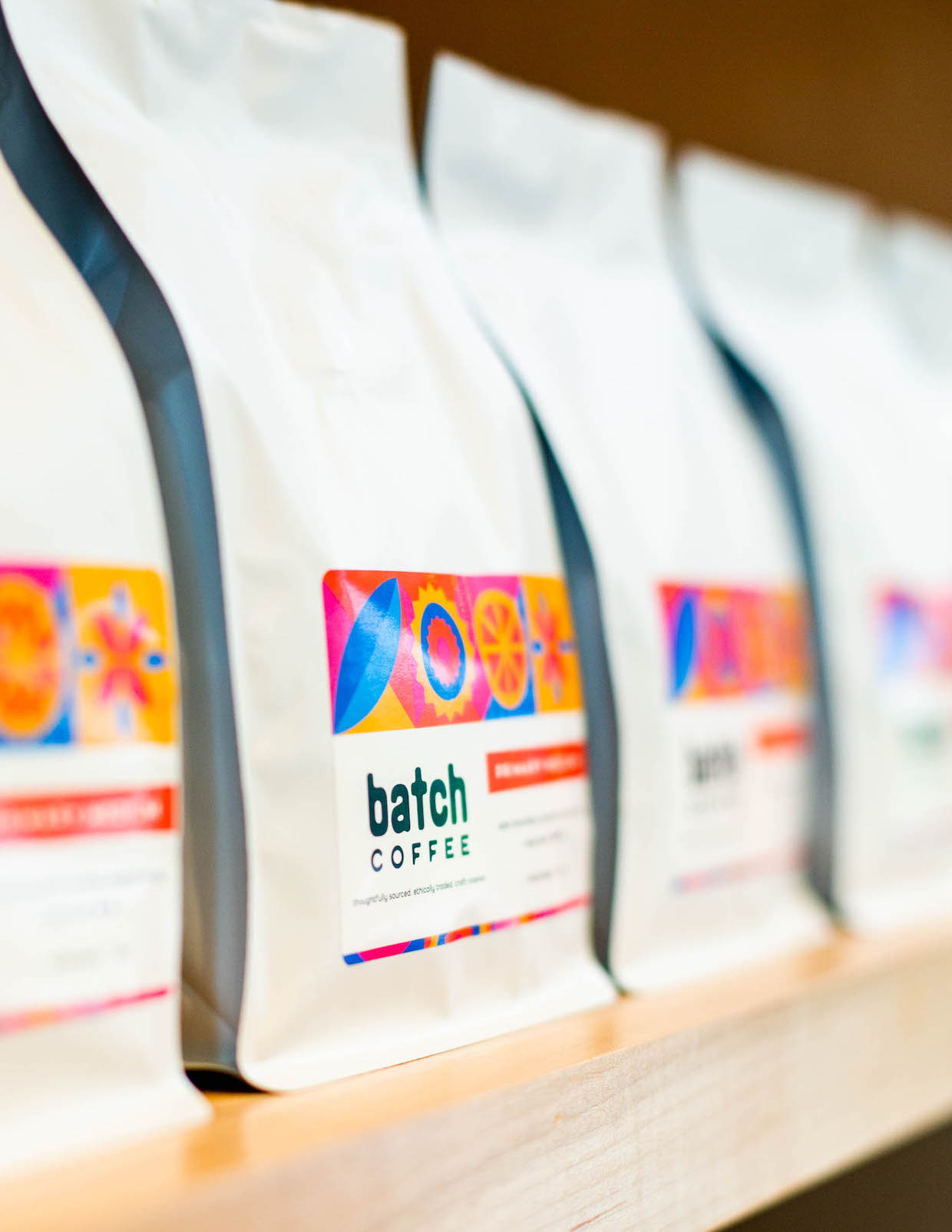 The elder Rhoades’s central New York hop farm, Willet Hop and Grain, is where the two younger men worked together prior to starting the beer company. That background plus a shared appreciation for coffee made the new endeavor a natural fit for the Beer Tree Brew crew and its existing patrons.

“They are fully separate companies, but they do share a similar customer base,” Harder said of the two brands. “We find parallels in recipe and roast development, and process control. And we will be able to use our New York State beer distribution network to help with wholesale coffee.”