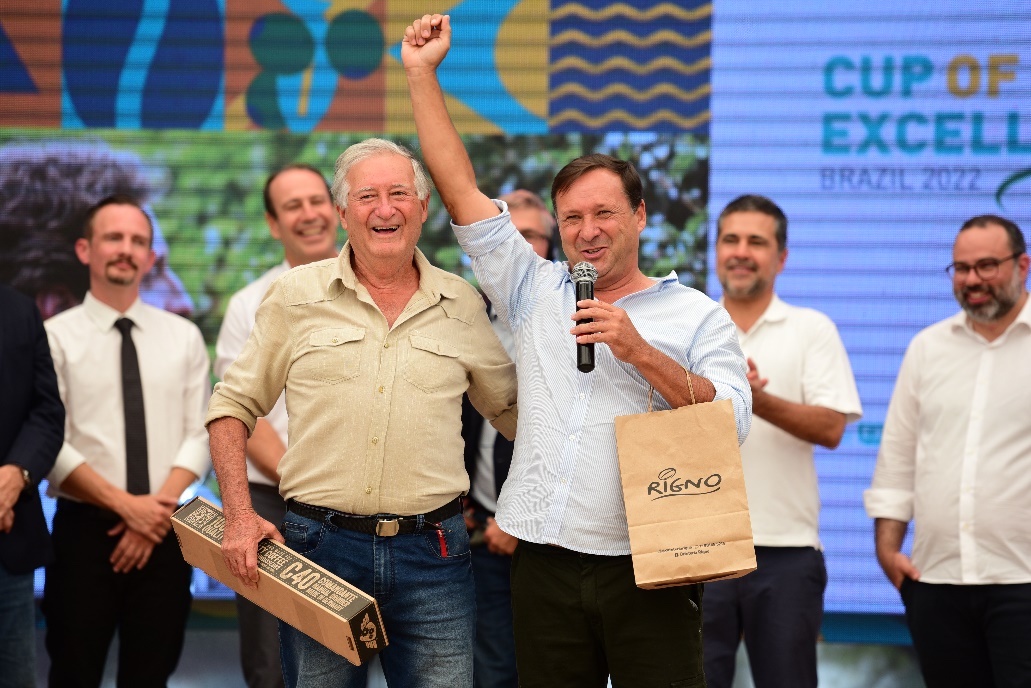 Five coffees scored more than 90 points in the recent Brazil Cup of Excellence (CoE) competition, reinforcing the notion that the world’s largest coffee-growing country by volume is also bringing forth some of the world’s highest-quality coffees.

The top-scoring coffee in the 23rd Brazil Cup of Excellence was produced by past CoE award-winner Antônio de Oliveira Filho of Fazenda Tijuco in the Bahia region. The natural-process Catuaí variety coffee scored 91.41 points, according to the international jury.

All 24 of the winning coffees — each reaching more than 86 points following numerous rigorous judging rounds — will be available through an online auction scheduled for Thursday, Dec. 1.

“I am very excited because the quality of Brazilian coffee has improved a lot,” international head judge of the 2022 Brazil CoE Erwin Mierisch said in an announcement from the organizers. “In the past, international buyers did not talk about the acidity of a Brazilian coffee, and now we can talk about the types of acidity. It is a new paradigm — a new coffee. The producers are doing an excellent job.”

This was the 23rd Brazil Cup of Excellence program. The Cup of Excellence itself originated in Brazil before the model was adopted in other countries through the United States nonprofit organization the Alliance for Coffee Excellence (ACE).

The 2022 Brazil CoE is part of the broader marketing and trade initiative of the Brazilian coffee sector called “Brazil. Coffee Nation.” The event was produced by the Brazil Specialty Coffee Association (BSCA), the Brazilian Trade and Investment Promotion Agency (ApexBrasil) and ACE. The event was hosted by the Expocaccer Cerrado Coffee Farmers Cooperative in Patrocínio, Minas Gerais.