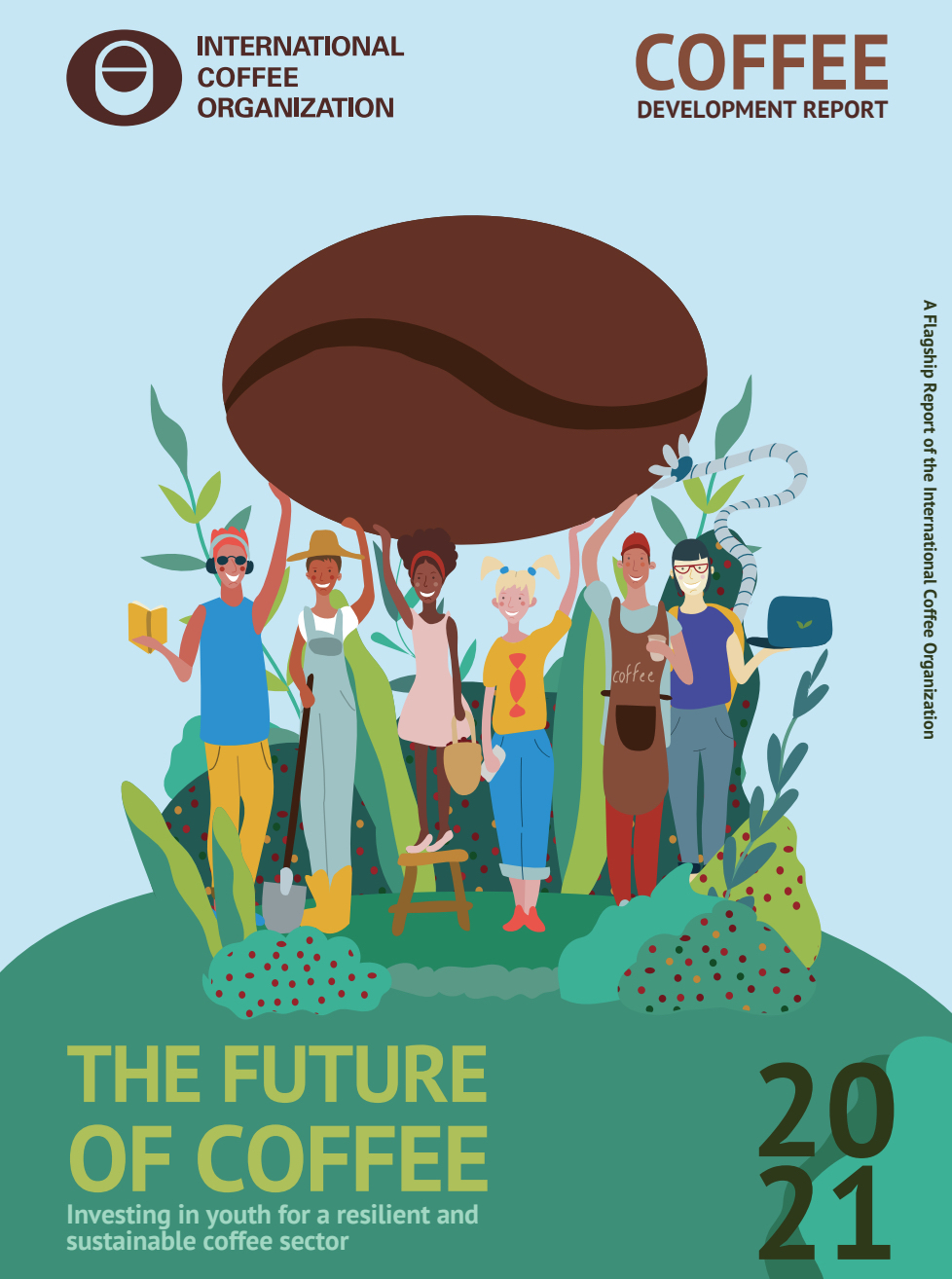 The nonprofit International Coffee Organization has released the third iteration of its flagship annual report, urging public and private actors throughout the world to support youth engagement in agricultural production.

The 98-page 2021 Coffee Development Report (CDR) pictures a not-too-distant future in which an aging workforce in coffee-producing countries, combined with increased global coffee demand, threaten both quantity and quality of global coffee production.

While offering a plethora of pathways towards youth engagement in the coffee-producing countries (referred to as CPCs), the report also points out a number of existing forces pushing young people away from coffee farming, including price volatility, low prices, and lack of access to land, capital and other resources.

“A central theme of the CDR 2021 is that a thriving and sustainable coffee sector is critical for securing youth livelihoods in CPCs,” the ICO stated in an announcement of the report this week. “Likewise, as noted, a sustainable and resilient coffee sector requires greater youth engagement. Simply put, youths need coffee and coffee needs youths.”

Researchers from Michigan State University contributed heavily to the report’s findings, while the CDR was financially supported by the German federal ministry of economic development (BMZ) through its agency for international cooperation (GIZ)

Among the report’s many revelations is a review of more than 100 best practices for engaging and integrating youth in the coffee value chain. The report also provides policy recommendations for actors in the private and public sectors.

While the first two-thirds of the report focus on youth engagement, the remaining section focuses on the overall 2021 coffee market year, including a wealth of data on production, exports and prices.

The 2021 ICO Coffee Development Report follows the ICO’s inaugural CDR, which was focused on economic sustainability among coffee producers, and last year’s report, which was broadly focused on the coffee value chain.