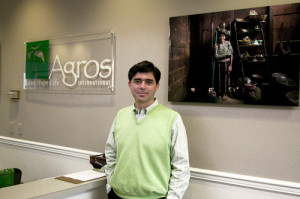 Prior to joining Fairtrade America, Theyer served as executive director of Agros International, a non-profit organization dedicated to rural poverty alleviation throughout Central America and Mexico. He was also a director in Microsoft’s Rural Computing effort, an initiative to empower emerging markets through access to information and communications technology.

“I have seen first-hand the incredible difference fair trade can make for farmers, workers and entire communities in developing countries,” says Theyer, who is originally from Chile. “I am proud to lead the U.S. organization that will expand the benefits of the international Fairtrade system, and I look forward to raising public awareness and working in partnership with companies, retailers, producers and all fair trade advocates that share our vision of building a vibrant fair trade movement in the United States.”