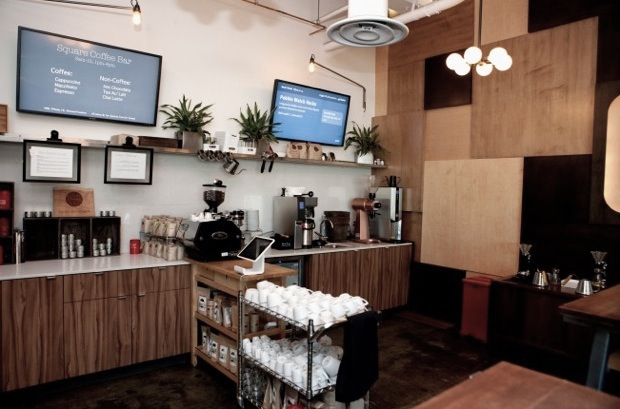 Part of a photo shoot with the theme, “What It’s Like to Work Inside Jack Dorsey’s Brain,” Wired magazine has the following Creative Commons-licensed shot of the famous entrepreneur’s office coffee bar.

Dorsey’s brain, which has created Twitter and the Square company, is in itself wired by coffee. Square has a long-term relationship with Starbucks, and Dorsey’s investment in San Francisco’s Sightglass Coffee made big headlines last year.

It’s no surprise then that the Square offices would have one of the best office coffee bars around, serving also as a beta testing station for Square employees, including a pour over station, video menus and a wide selection of coffees. (If you recognize some specific products in the shot, give a shout in the comments section below.)

The espresso machine is a La Marzocco GS/3.

Love the GS3… I have one in my design studio. My studio designed the LaMarzocco USA website. Best machines around.