The Harvested by Women certification label

The certification system was led by a group called Almana Harvest, which is promoting the label in the United States. That group is led by Nancy Moore, a San Francisco resident with extensive experience with venture capital projects, and recent executive experience in industries including security technology, telecommunications and franchise systems.

The new certification system developed through Moore’s involvement with International Women in Coffee Alliance (IWCA), the 10-year-old nonprofit that has chapters in 14 coffee-producing countries and strives to help female coffee farmers and producers by paying fairer wages.

“As a family-owned coffee company, we stand behind a coffee certification that is empowering women to create a more sustainable future for their families,” Katy Boyd Dutt, a Boyd’s spokesman said in a company announcement of the new certified coffee. Dutt met Moore at the IWCA 3013 Conference in Guatemala in February. 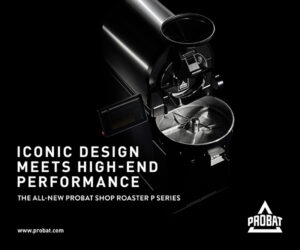