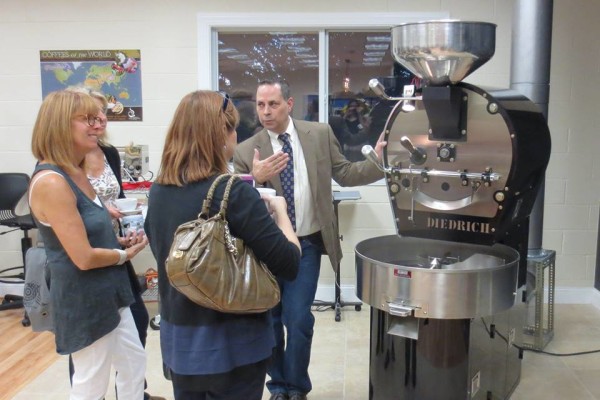 Boasting four of the state’s largest cities and a population approaching 1 million, Fairfield County, Conn., is relatively short on coffee roasteries (Redding Roasters and Zumbach’s Gourmet Coffee are among the existing players).

Joining the mix is Shearwater Organic Coffee Roasters, a micro roastery run by Ed Freedman, who took up home roasting nearly 30 years ago after seeing a Sivetz roaster in action. With a Diedrich IR12, Freedman began roasting operations earlier this summer in the town of Trumbull, on the county’s east side, roasting only organic-certified coffees. Here is a bit on Freedman’s commitment to organic:

Shearwater is currently selling coffees online, and Freedman recently told the Trumbull Patch that he’s working on several new wholesale accounts locally. In a recent Q&A with supplier Coffee Shrub, Freedman discusses, among other things, his perception of a gap in the local roasting scene that led to the creation of Shearwater:

Fairfield County was clearly lagging behind with both Starbucks and Dunkin Donuts still dominating the coffee scene. A few espresso cafes with trained baristas have started popping up in Fairfield County over the past year or so. But they were and still are bringing in coffee from out of the area….Counter Culture at Terrain in Westport…. George Howell, Intelligentsia and other top roasters being served up at Espresso Neat Cafe in Darien. All great quality roasters but nothing local

For more on Shearwater:

The full Q&A with Coffee Shrub