Some 250 employees of Maximus Coffee Group in East Houston are striking, saying the coffee company is cutting wages by as much as 50 percent, eliminating 401k contributions and changing to a more expensive health plan. 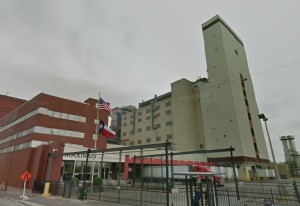 The employees are backed by the United Food and Commercial Workers International Union (UFCW) Local 455. “Maximus Coffee workers in Houston are simply trying to protect middle class jobs and their benefits after working hard to make their company profitable,” UFCW Local 455 President Bill Hopkins said in a statement. “I hope this strike sends a strong message to the company and moves the negotiation process to a successful conclusion.”

Maximus Coffee Group is a seven-year-old company run by Carlos de Aldecoa Bueno that processes, roasts and packaged coffees for some of North America’s largest coffee sellers, including Folgers and Starbucks. The company operates in a former Maxwell House processing facility.

Company officials are declining comment on the strike, outside of this statement:

Maximus Coffee Group confirms that the United Food & Commercial Workers Union Local 455 commenced a strike at our Houston, Texas facility, at 12:01 a.m. on October 10, 2013. The Company has prepared for the possibility of a work stoppage, and it continues to work diligently to meet the needs of its customers. It does not anticipate any significant, longterm disruptions to its operations. Maximus has made significant efforts to reach agreement with the union, and it continues to stand ready, willing, and able to meet with the UFCW at the negotiating table to bargain in good faith.