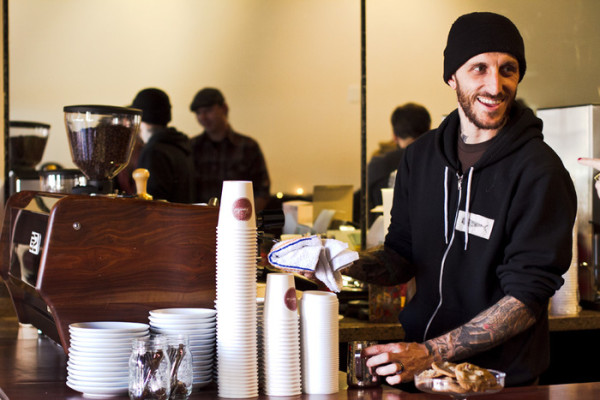 Timeless Coffee Roasters in Oakland has finally begun roasting its own.

For the cafe, Leimpeter was joined by He’s by Violett Slocum, a baker and vegan confectioner formerly of Bittersweet and Cafe Gratitude. Leimpeter says his goal is to continue to improve on the coffee reputation that he had a hand in building while at Sightglass.

(all photos by Timeless Coffee Roasters)

Mr Leimpeter, My name is Ed Scolamiero. I formally worked for a company called Compugrahic Corporation. I worked there with a Peter Leimpeter. Peter originally worked in New York City and then moved out to California. If you are related on know him, would you give him my EMail. If you do not know him, please delete. Thanking you in advance. I have not spoke with him in a long. I presently live in Estero, Florida