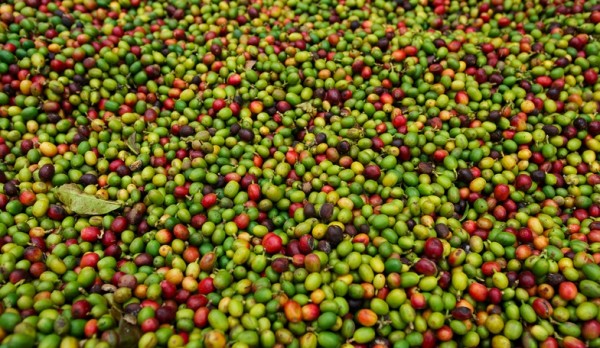 Why do coffee consumers engage in ethical consumption? From McDonald’s to micros, it is a question that should be of utmost importance to anyone selling coffee on the retail level.

To this point, the answers are many, convoluted and largely based on speculation. But could the big answer simply be, “to do the right thing?” A fascinating study from researchers at the University of Manitoba sheds some new light on this topic, contradicting the popular perception that ethical coffee consumption is most often based on increased status: the idea that a consumers make purchasing decisions to elevate their own status so they can be seen by others as ethical or altruistic.

The study involved 200-plus students taken throughout the university campus. Students were given a short online survey to identify certain variables such as gender, personal income, knowledge of fair trade principles, political ideology, overal policital and social awareness, and willingness to join groups (such as churches or unions). Then the students were given $20 and were told to purchase fair trade coffee at $7, or “conventional” coffee at $5 (a 40 percent price difference). They were told there would be essentially no difference in coffee quality, the packaging was unbranded and identical in unmarked bags, and the students were told they could keep the change.

Before their purchase, students were divided into four groups:

1) those who made their purchase privately (not in front of the other students in the group) and who received no additional information about the benefits of ethical coffee trade.

2) those who made their purchase privately but also watched a clip from the PBS documentary “Coffee Country,” which espouses the virtues of fair trade.

3) those who made their purchase publicly but did not watch the video.

4) those who made their purchase publicly and did watch the video.

The results presented a huge surprise to the researchers:

Contrary to expectations, neither purchasing in public nor exposure to information about the difference between the regular coffee supply chain and fair trade production practices signiﬁcantly affected the odds of choosing fair trade coffee over conventional coffee; neither did income or engagement in social and political causes or activities.

So, as the study asks, what did contribute to “people’s continued willingness to part with more of their income in exchange for a ‘guarantee’ that producers of goods like coffee, tea, bananas, cotton, or sugar were more fairly treated?” First, being female (women were more than twice as likely to purchase the fair trade coffee), a result the authors say is somewhat cloudy and warrants further research.

Additionally, those students who demonstrated higher overall political and social awareness were found much more likely to purchase the fair trade product, regardless of income, purchasing privacy or social status, leading the researchers to conclude, “raising levels of general political, economic, and environmental literacy may also have a positive impact on ethical consumption.”

While the study itself goes into much greater detail, the big takeaway is that education and awareness of the often harsh realities of the coffee trade are the greatest drivers of ethical consumption. And the more coffee sellers can facilitate that kind of education, thereby raising our collective consciousness relating to coffee supply, the more buyers will lean toward ethical consumption.

didn’t Fair Trade USA just get kinda busted because the money was not going where it was suposed too? instead the money was going to salaries and marketing. Stop buying stickers folks.

Buy American (aka Hawaiian) coffee and you can be assured that the money is being used for local jobs and domestic economy. Find and learn about the producer, like Hilo Coffee Mill, that supports their local agricultural economies and community. Then you will truly be confident that you are supporting ethical growers and producers.

While Fair Trade has been useful to improve the plight of farmers in the past, when it allowed the big players in like Cadburys it started down the wrong path. So now some of the farmers in Central & south America have created their own label to take back control of their own lives.Look for the Small Producers Symbol in the future.

it’s usually the feel-good feeling that we are doing the right thing regardless of what the quality is. yes, many of us buy labels (i.e. smoke and mirrors). largely, the ones that benefit from a label like fair trade is the huge corp that can market they buy only fair trade. unfortunately even if the coffee tastes like crap they still look better in the eyes of the consumer for doing the right thing. whatever happened to buying for high quality? after all, coffee should be all about the taste. if you could by from a place that buys direct from the farm, co-op or importer/trader that buys direct, that would likely ensure more so that the money is going to the right place. maybe not a label though…

“Unfortunately even if the coffee tastes like crap they still look better in the eyes of the consumer for doing the right thing…”
Really? This seems like an unnecessarily negative way to introduce this article, which turns out fairly positive.