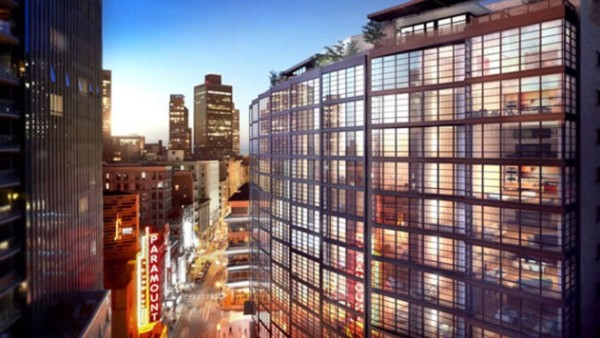 Rendering of the Millenium Tower

Caffe Nero, the Italian-inspired chain shop that has hundreds of stores throughout the U.K., is planning to open its first U.S. store, in Boston.

While Caffe Nero has not confirmed or denied reports of a venture onto U.S. soil, the company’s stateside real estate agency, Atlantic Associates, was too excited to hold the news in:

The shop will be opening sometime after the first of the year right next door to the new Legal Seafood LX, slated to go online in the new Millennium Place complex on Washington Street.

Caffe Nero has more than 500 stores worldwide since its founding in 1997, and in recent years the company has expanded to markets in the Middle East and Eastern Europe. Unlike other chains of similar size and scope, Nero generally doesn’t offer drip coffees, hanging its hat on espresso drinks.