In the first season of Seinfeld, Cosmo Kramer is cooking up a business idea in which customers would make their own pizza in a restaurant environment, including handling the dough, sprinkling on their toppings and sliding it into a 600-degree oven.

Several seasons later, operating under the name Kramerica Industries, Kramer begins lab testing the idea with his friend, Italian restaurant owner Poppie. Under Poppie’s guidance, Kramer preps the dough, adds the sauce and cheese, then reaches for a bowl of sliced cucumbers. At this point, an important metaphysical debate ensues surrounding the question of “What is pizza?”

Poppie: You can’t put cucumbers on a pizza

Poppie: That’s not a pizza. It will taste terrible.

Kramer: That’s the idea, you make your own pie.

Poppie: Yes, but we cannot give the people the right to choose any topping they want. Now on this issue there can be no debate.

Kramer: What gives you the right to tell me how I would make my pie?

Poppie: Because it’s a pizza.

When I first heard of the new retail concept from the team at the recently opened Artis Coffee in Berkeley, Calif., Kramer’s “make your own pizza pie” concept sprang to mind, as did the outrage of Poppie — the purist, the craftsman, the curator of “pizzaness” who has spent years developing his craft of pizza making. 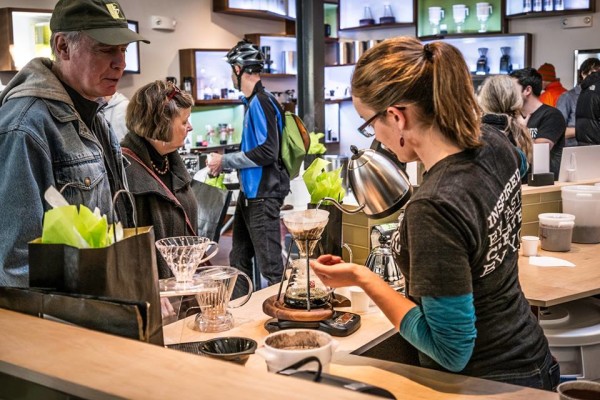 Decidedly more developed than Kramer’s, the Artis concept truly is groundbreaking in North American specialty coffee. Consumers work with staff to identify their tastes and wants, then select green beans and roast profiles that will fit their desired characteristics. The beans are roasted on-site in a small air roaster made by Javamaster — which, by the way, is marketed as an in-store retail roaster designed to engage consumers in the roasting process — and they go home with a warm bag of freshly roasted coffee and ostensibly wait for it to degas. In essence, they make their own pizza pie.

Artis, led by Alex Lowe, James Gutierrez and Elvis Lieban, is calling this the “live roast experience.” To complement the roast experience, the Artis team has established a lovely open bar space with retail islands that include all manner of quality home brewing equipment. The goal, the Artis team says, is to create an immersive experience in which consumers can learn more about the seed-to-cup journey. In part, the “live roast experience” is being used as an education tool that points out one particular link that is often broken among larger roasters in the coffee chain: roast freshness. From Artis:

Upon arrival in the United States (green coffee is) sent to roasters and transformed into the coffee beans we know and love. But rather than serving them fresh, most U.S. coffee companies roast in large batches in distant warehouses. Between packaging, transport and shelf time, these beans can take weeks or even months to reach your coffee pot. Tragically, by this time they have lost the delicate oils and complex flavors that make them so special. 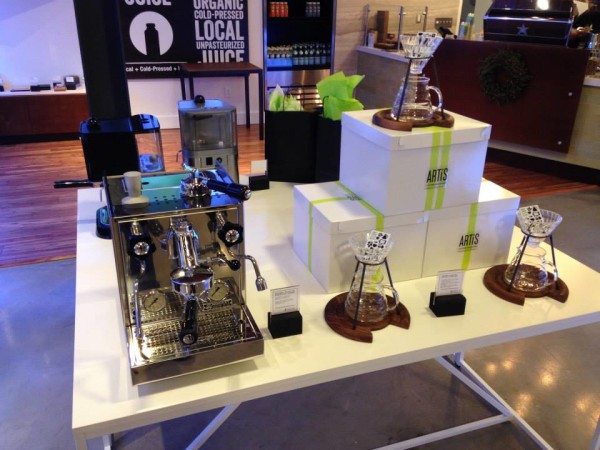 To be clear, the Artis team makes no claims that each bag of coffee that leaves the store will result in a perfectly balanced, nuanced cup of coffee. Rather, the business hinges on inspiration and education — along with the associated home brew products.

The question remains, “Are consumers actually interested in roasting coffee in a retail environment?” Time will tell. In the meantime, consider when Kramer first pitched his idea to potential investors Jerry and George in 1989:

Kramer: I’m telling you, people really want to make their own pizza pie.

Jerry: I can’t imagine anyone, in any walk of life, under any circumstance, wanting to make their own pizza pie — but that’s me.

Kramer: One day, you’ll beg me to make your own pie. 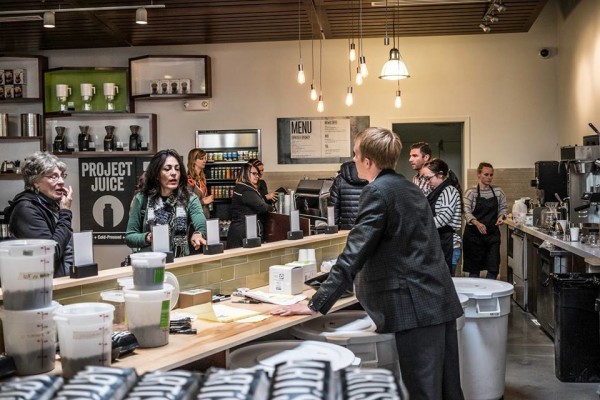