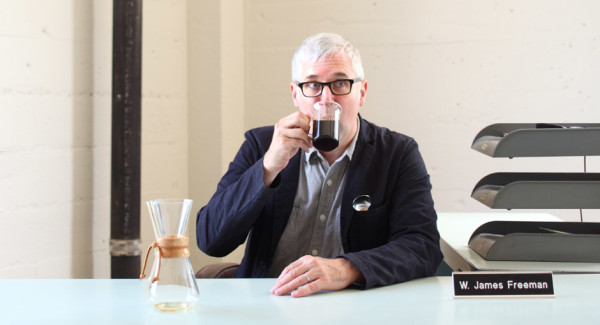 Blue Bottle Coffee has landed its second $20-million-plus cash infusion in two years, this time coming from a group of investors advised by Morgan Stanley.

Re/Code broke the story, saying that “Internet Stars” and “high-profile Internet players” are leading the $25.75 million investment in the company. Blue Bottle was founded by James Freeman in 2002, and now operates 11 retail bars in the Bay Area and New York, relying largely on retail sales from a devoted customer base. From Re/Code:

Blue Bottle Coffee, the specialty roaster that has become a favorite of hipster techies in the San Francisco area, has raised $25.75 million from a range of high-profile Internet players and also Morgan Stanley Investment Management.

The banking giant is not making the investment directly, but “on behalf of certain mutual funds and other investment vehicles for which it acts as Investment Adviser.”

Blue Bottle said it will use the funding to “expand retail operations, improve internal training programs and further develop its quality control department.”

This follows the 2012 investment of $20 million dollars from a group called True Ventures, among others. During that deal, Bryan Meehan became the company’s executive chairman, helping grow the business on both coasts.

The company has been widely credited as a leader in the current craft specialty coffee movement, and its mainstream popularity has gotten to the point that Freeman’s book, “The Blue Bottle Craft of Coffee,” is available at outlets like Crate & Barrel, and the signature brown paper cup with the Blue Bottle logo has become something of a status symbol among certain consumers.

In a post congratulating Blue Bottle on the investment, about.me founder and True Ventures investor Tony Conrad suggests Freeman is a true visionary:

What we saw and why we got involved is that James and his team are part of a handful of people who are founding a movement around coffee. It’s not just the very specific experience around the coffee Blue Bottle roasts, it’s everything they do from the way they source the product; supporting farmers in developing regions of the world to grow the purest, highest quality organic beans that promote sustainability; the way they choose store locations that often act as a vote of confidence for a developing neighborhood; and how they serve the product (what cup, what glass, what temperature, single origin beans versus blended bean mixes, espresso drinks only on premise….). They think through every detail to offer something beautiful in our daily lives—it’s a philosophy/approach that has led to a movement around the integrity of experience around coffee.

No information has been released regarding the identities of the latest “Internet Star” investors, but updates will follow as the story develops.