The National Coffee Association (NCA) is today announced that William M. (Bill) Murray is taking the reins as President and Chief Executive Officer, effective June 1. Murray replaces Dub Hay, who took over on an interim basis in January after the resignation of Robert Nelson, who led the organization as president and CEO for nearly two decades. 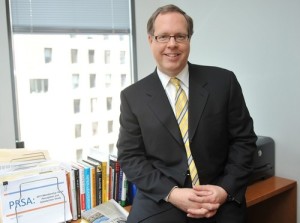 Murray comes to NCA from PRSA, the world’s largest professional society for public relations practitioners, where he served as CEO, driving membership to record highs and reinventing professional development programs. Prior to his work at PRSA, Murray was the Co-Chief Operating Officer of the Motion Picture Association of America (MPAA), working closely with its legendary long-time president Jack Valenti.

“I am excited by the opportunity to guide a dynamic trade association serving the iconic U.S. coffee industry at an important juncture in its honored history,” Murray said in a press release. “I feel privileged and honored for the opportunity to lead NCA to new heights of relevance, member value and industry service that project its preeminent organizational status and provide a robust, contemporary platform for enhanced success.”

The National Coffee Association, established in 1911, serves all segments of the coffee industry, not just specialty, and it represents most of the largest coffee retailers, importers, roasters and distributors operating in North America.