Proportion of Shade-Grown Coffee Down Nearly 20 Percent Since 1996, Researchers Say 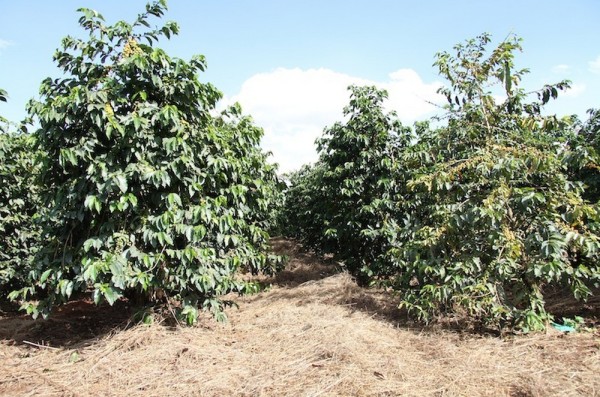 The proportion of shade-grown coffee globally has dropped by nearly 20 percent since 1996, threatening biodiversity and production sustainability throughout the world, according to new research from the University of Texas at Austin and five other institutions.

Researchers say that much of the shift is a result of deforestation and intensive farming practices for low-grade, sun-resistant robusta for instant coffees and arabica blends as global demand has substantially increased over the past two decades.

“The paradox is that there is greater public interest than ever in environmentally friendly coffee, but where coffee production is expanding across the globe, it tends to be very intensive,” says Shalene Jha, a UT assistant professor within the College of Natural Sciences who led the study, which was published this week in the journal BioScience.

(more: The Birds and the Bees: Biodiversity on a Costa Rican Coffee Farm)

“We were surprised that despite two decades of growth in public awareness of where coffee comes from and the different ways to manage it for biodiversity, shade-grown coffee only seems to be grown in a few regions,” says Jha. “The shifts aren’t what we would expect based on what we see on the shelves in the U.S.”

Environmental concerns related to non-shade-grown coffees abound — including deforestation, a lack of biodiversity for birds and other pollinators in tree canopies, soil depletion that can limit the life cycles of plants and lead to natural disasters such as landslides. In the long term, these negative effects will not only apply to coffee quality and production, but also to the farming communities and individual farmers, the study suggests.

“Intensive coffee production is not sustainable,” says Jha. “You exhaust the soil and after a couple of decades, it can no longer grow coffee. On the other hand, the oldest coffee farms in the world have thrived for centuries because the forest replenishes the soil for them.”

Not to mention the costs of production of non shade grown coffee’s are much lower. The shade grown farms have lesser options for mechanisation and this will mean additional requirement of skilled manpower not only for shade regulation operations, but also all the cultivational operations that can be mechanised will be hindered by the presence of shade in the farms.