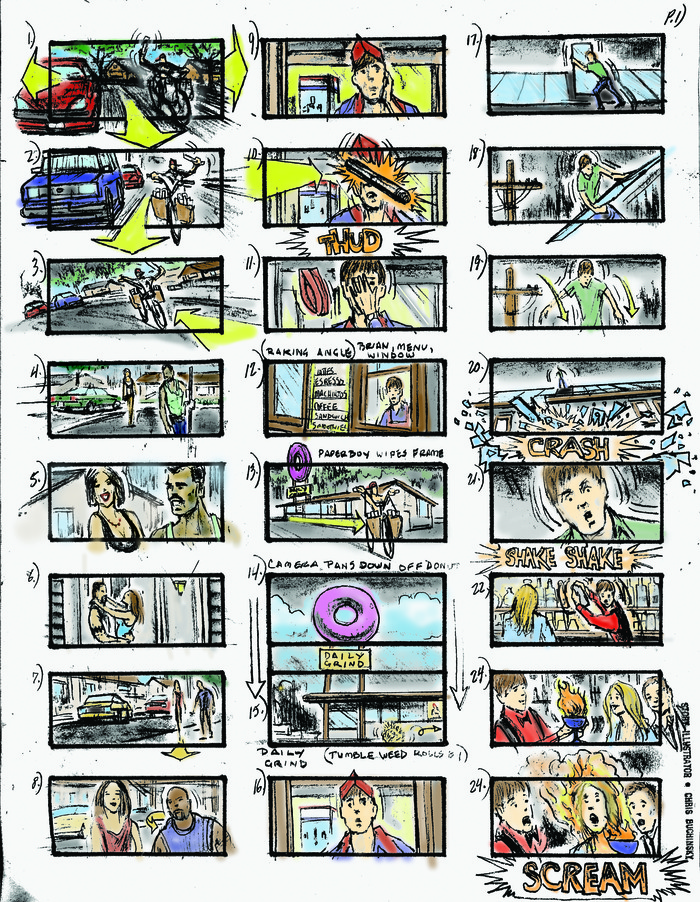 Initial storyboard art for Save the Grind

For some coffee shop operators, the premise of this feature-film-in-waiting may sound a little too real to be funny: The eternally optimistic owner of a small coffee stand goes undercover to sabotage the national chain competitor who just moved in across the street.

Co-directors Matt Moglia and Eric Wilson are hoping to shoot the 80s-style spy comedy, Save the Grind, in the Bay Area after recently launching a $60,000 Kickstarter for the project. Moglia says the film is based on the real-life experiences of his cousin, who ran a drive-through coffee bar.

“A few years back he told me that a Peet’s moved in across the street and was hurting his business,” says Moglia. “He devised a plan to sabotage the Peet’s but instead I talked him into writing a screenplay with me, rather than get arrested.”

(more: Starbucks vs. Charbucks: So Much More than a Boring Trademark Violation Case)

For the crew, Moglia has also enlisted Friday the 13th screenwriter Victor Miller for consultation, storyboard artist Chris Buchinsky (As Good as It Gets, Dodgeball, Office Space), and Wilson has edited dozens of episodes of NCIS Los Angeles.

Here Moglia and Wilson ask for your money while a short trailer shows how very 80s screwbally the film will be: