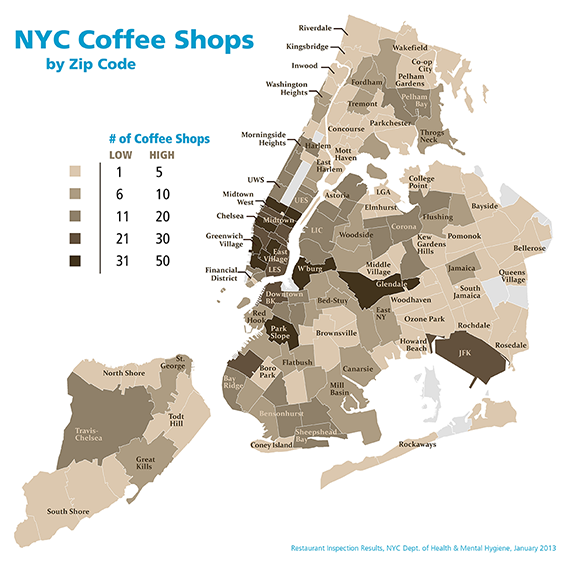 The number of independent and small chain coffee shops in New York City now beats the number of locations run by the city’s two dominant chains, Starbucks and Dunkin’ Donuts. That trend has been fueled by the high numbers of younger consumers (18-35) working in the city who are willing to pay up for a premium cup of coffee, suggests a recent statistical analysis from the New York Economic Development Corp.

The EDC reviewed the latest restaurant inspection results from the city’s health department, which identifies  1,700 coffee shops within the five boroughs. The 972 single-location or small chain shops represents 57 percent of the city’s coffee spots, while Dunkin Donuts’ locations (454) and Starbucks (272) make up the remainder.

Here’s more from the EDC review: 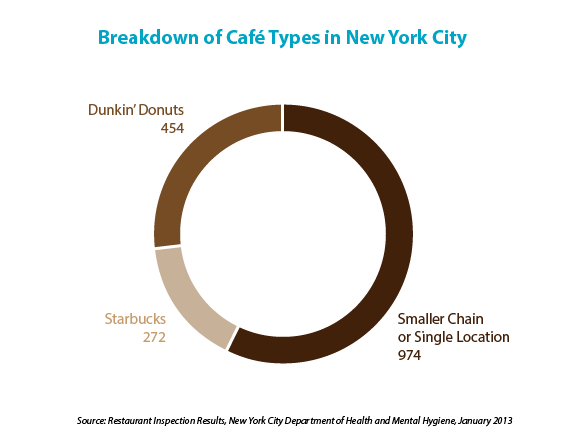 This is awesome. Much love for the little guys.