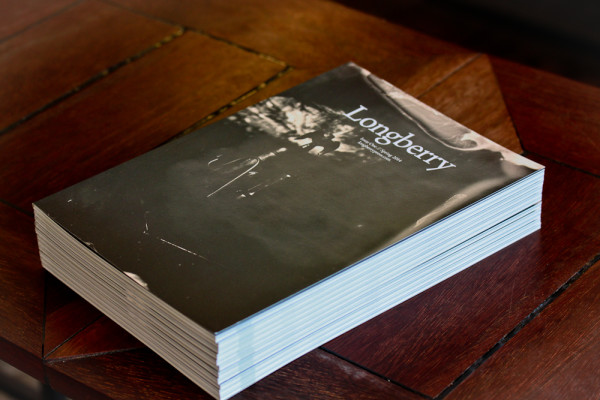 For anyone who’s read Hoffmann’s personal blog, Jimseven, the publishing game should seem a natural fit for Hoffmann, who there writes musings like “Reverse Espresso Engineering” and “Alright, Let’s Talk About EK43s Then.” Hoffmann says Longberry’s creative focus is long overdue in the coffee world, which provides exceptionally fertile ground for storytelling in words and photography.

(related: Beautiful Coffee with Beautiful People in a Year of Photos)

“Millions of people, in every country in the world, are connected to coffee in some way,” Hoffmann told Daily Coffee News after announcing the launch yesterday. “It has history; it is entwined in cultures; it has driven shifts in cultures around the world. You can talk about coffee in society, in the culinary world, in terms of economics or sustainability, in terms of art and expression and ideas. If you work in coffee, it is hard to avoid incredible stories, and yet only a fraction are told. We hope to tell a few more.”

Since yesterday, the €7 first print edition has sold out, but the €2.50 digital edition is available here. For the project, Hoffmann is working with journalist Ben Szobody and designer Jacob Forrest. Since Longberry is primarily a labor of love among the friends, who have been visualizing the journal for years, Hoffmann says there is no set print schedule. There was also a conscious decision to make the journal advertisement-free. 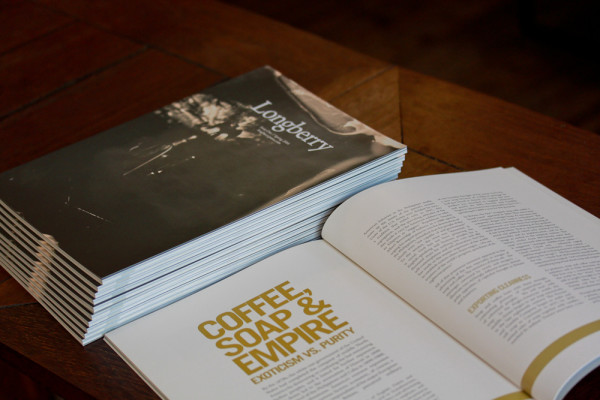 “There’s an undeniable aesthetic aspect: Every page of this looks exactly as we want it to,” he said. “We have a vision for the experience of buying an owning something, and for us pages of advertisements don’t really fit into that. Advertising, at some point, will bring up ethical issues and we’d rather avoid that from the get-go. I think a product should have a clear price. I don’t think the readers should be the product that we sell to advertisers.”

The first issue includes six feature stories, all from different authors, with a mixed bag of subjects, including three stories of duress among coffee farmers, a profile of photographer Owen Riley Jr., an argument for the concept of terroir in retail spaces, and a first-person account from anthropologist Merry White of a trip to Japan in which she stripped naked, rolled in blue paint and drank coffee.

Hoffmann says he hopes Longberry’s creative long-form approach will resonate not only with coffee professionals, but with anyone interested in good storytelling. Says Hoffmann, “Coffee knowledge shouldn’t really be a requirement for enjoying great writing about coffee.”

Late at night on day two of the rest of my life, we were hurtling through Tokyo streets in a 1948 Pontiac, a car left over from the Allied Occupation, with a satisfyingly loud engine and probably no muffler.

Some old Japan-hands were taking us to a late night café “where things happen.” Down a dark rabbit-hole stairway into a basement where the brightest light was probably 15 watts, we found a crowd of naked people of all ages, and a nice person at the door who persuaded us, too, to take off all our clothes. I am thinking, “Oh, how avant-garde, how cooler-than-Cambridge this all is.” And thinking also, “This is not the Japan they taught me at Harvard.”

We were given a basket for our clothes and a cup of coffee (who can remember how it tasted?), and we awaited our turns for the main event – which was not what you are thinking.