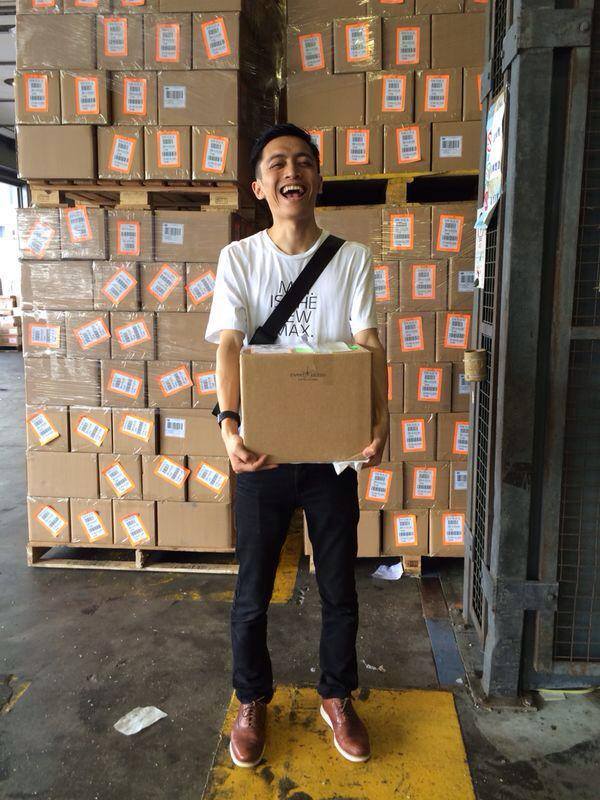 The concept of relationships in coffee is a huge one, applying to any combination of people including farmers, importers, buyers, roasters and consumers. But the coffee is always the tie that binds.

Rarely is the concept of coffee relationships manifested so perfectly as in the case of Kapo Chiu, the owner of Hong Kong’s The Cupping Room, who recently placed second at the World Barista Championship in Rimini, Italy, after a meteoric four-year rise in the coffee world.

Kapo’s story closely involves Andy Sprenger of Colorado’s Sweet Bloom Coffee Roasters and a Cerra Azul Gesha variety coffee produced from the much-admired Café Granja la Esperanza in Colombia. The relationship began three years ago when the two men met in Vienna while competing in the World Brewers Cup. (It is worth noting that Sprenger, who won the first two ever U.S. World Brewers Cup Championships, finished second in that competition, missing first place by half a point.)

Fast forward three years, and Kapo turned to Sprenger for coffee for his 2014 Barista Championship run. The two settled on a coffee from Kenya, but shipping hold-ups required them to settle on an alternative. Says Sprenger, “In the end, it is sweet irony that the coffee I shared with Kapo the first time I met him was the coffee that helped me win second place in the World Brewers Cup competition, and also became the coffee that Kapo used to win second place in the World Barista Competition.”

Here we ask Sprenger, who formerly led roasting operations at Ceremony Coffee Roasters before striking out on his own closer to his Colorado home with Sweet Bloom last year, more about Kapo, and how coffee has played a central role in their mutually beneficial relationship.

How did you maintain your relationship with Kapo after your first meeting?

Soon after I met Kapo in Vienna, he began ordering coffee from Ceremony. When I decided to start my own roastery, Kapo wrote to let me know he planned on using Sweet Bloom at The Cupping Room. I’m very pleased and honored to say that he was our first wholesale account.

Can you tell us about how you landed the Cerro Azul for Kapo’s competition coffee?

We started working on his competition coffee in earnest at the beginning of this year, and discussed possibilities with different producers and importers. As time went on, we had ruled out a number of really nice coffees, including the Cerro Azul from Granja la Esperanza, although we did hold it as a back-up. What Kapo was looking for was a high-density coffee, such as one from Kenya that would fit his routine. With just three weeks left before the competition, we had found a really good coffee from Kenya. But the excitement of using this coffee quickly turned to frustration and loss of sleep when we were told that it was being held up in customs.

So with two short weeks left, Kapo decided to use the Cerro Azul. It still amazes me how Kapo handled the challenges this posed so shortly before he was to stand before the judges, but he pulled it off as if he had planned on using the Cerro Azul a year in advance. In his routine, you’ll see that he weighed out  six 21-gram doses on one scale. While weighing and doing the math, he was also eloquently sharing the story behind Cerro Azul and GLE to the judges – in a second language. The mental gymnastics involved with this still confounds me.

It’s amazing what Kapo has done in such a short time. Can you talk about what kind of person he is? What has led him to this level of success?

Kapo is driven, passionate, confident, and very smart. I’ve had conversations with him about espresso extraction where I’m borderline pretending to understand what he is saying. He is also kind and considerate. It strikes me as a pretty powerful combination when someone who is highly skilled, intelligent and confident is also approachable, down to earth and an all-around nice guy. 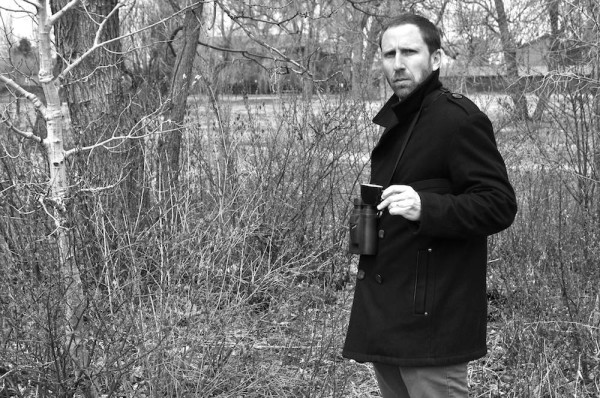 Andy Sprenger, naturally with a demitasse attached to his binoculars. Photo by Sweet Bloom Coffee Roasters.

The nature of competitions can leave anything beyond first place overlooked, but what does second place on the world’s biggest stage mean to you as a roaster?

Above everything else, it is a huge honor to watch a competitor using coffee we roasted rise to second place in the world. We want to thank Kapo for believing in Sweet Bloom and allowing us to take part in what he has accomplished.

I’ve had my share of second place finishes, and it’s hard not to think about the very tangible differences between 1st and second, but it does not help to dwell on these differences. For Kapo, I look at this second place finish as a significant building block to his increasingly successful career. Keep an eye on this guy — he’s already moving on to what is next.

For our readers who may not be familiar, can you talk about some of the work being done at Café Granja la Esperanza. Why do they have such a stellar reputation among competitors and other buyers?

I had the pleasure of meeting Rigoberto and his team in 2012 when I was competing with one of their top coffees in the Brewers Cup. This was also the year GLE had three of the top ten coffees in the Coffee of the Year Competition held by the SCAA. It was a huge honor to win the US title with the Cerro Azul — and, ironically, second place in the World Brewers Cup — and to share in this victory with them being present.

Why do they have such an amazing reputation? I think it is a combination of pushing boundaries  through experimenting with planting many different varieties, innovation, serious implementation of best practices and taking care of those that work for them. Over the past few years it has been a lot of fun to see more competitors use coffee from GLE. This year they took top honors in the Roaster’s Guild Roasters Choice competition with Cerro Azul roasted by Tonys, and of course now they can add Kapo’s second place finish in the world to their growing list of successes.

What ever became of that coffee from Kenya?

I’ve asked Kapo about what he’d like to do with the coffee, and he has plans for it starting in July. But the amount is very limited, so my guess is the best chance for trying it is to make a quick trip to Hong Kong. I anticipate that in the future there will be some very special coffees that both Sweet Bloom and the Cupping Room will be happy to share with the world.

Speaking of, how are things at Sweet Bloom?

Things are going great. We opened in late 2013 so in reality, Sweet Bloom itself is a new development. But I have to say the first six months have been pretty fantastic. I’m very grateful to many of the top cafés here in Colorado who have embraced us, and we’ve had some wonderful support outside of Colorado as well. Now that things have settled, we’ll look to slowly build on this pretty exciting start. Soon we’ll be looking to add team members who are passionate about sourcing, roasting, and brewing amazing coffee for the great customers we serve.