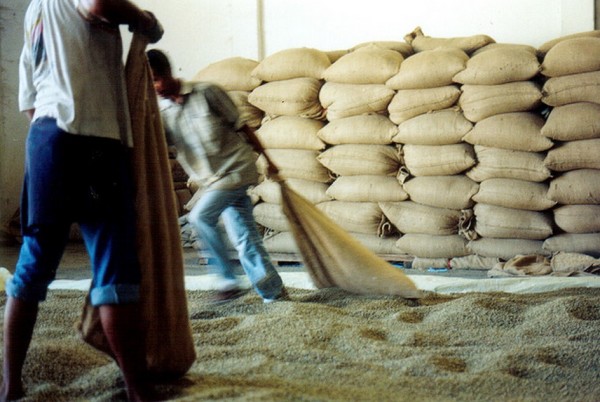 Coffee, with a capital C, is a fragile organism.

Its supply is essential to the billions of people depending on it in their cups, as it is to the millions of people who work to put it there. We consider coffee supply on a daily basis as it applies to present and future needs. But rarely do we consider its past.

Most immediately, concerns surrounding climate change, organic pests, consumer behavior, and any number of volatile market factors come to mind. But these are not only the supply problems of the future. They have been repeated over decades and generations, reflecting the cyclical nature of production and consumption in an always complex and evolving global market.

Perhaps no organization has more perspective on the modern history coffee supply than the International Coffee Organization, the 51-year-old body originally established in collaboration with the United Nations that to this day oversees the International Coffee Agreement, representing all the world’s coffee producing countries and nearly all the world’s consuming countries.

Earlier this year, the group published a monumental report on the market history of coffee, one that provides an arguably frightening view of the past and future coffee supply. We plan to extract some key points from that report in a multi-part series, beginning here with here with a brief history of coffee production over the past 50 years. The period is easily divided in two: The regulated period under the International Coffee Agreements from 1963 to 1989; and the subsequent free market period since 1990, following the collapse ICA negotiations in 1989. The ICO explains:

Up until 1989, the coffee market was regulated by a series of International Coffee Agreements which were intended to manage supply and maintain price stability. This system subsequently collapsed, and since 1990 the coffee market has been subject to the free market forces of supply and demand.

This breakdown was disastrous for many people along the supply chain, as the ICO’s composite indicator price for coffees dropped by nearly 75 percent in the subsequent five years, from $1.34 USD per pound in 1989 to an average of $0.77 per pound through 1995. That said, the deregulation also lead to immediate increases in supply opportunity, laying the foundation for the free global market we are familiar with today.

Here, using data and statistics compiled and shared by the ICO, is a brief history of coffee production in the modern era, before and after free market forces took control in 1990:

As a producer, Africa has suffered most from the deregulated market, and is the only growing region to have negative growth over the past 50 years. Africa averaged 19.1 million bags in the regulated period, down to 15.8 million under the free market, representing a decrease in the world’s share from 25 percent to 14 percent.

The ICO attributes these declines to a number of factors, including structural factors and aging coffee trees resulting from a deregulated market channel to Europe, local deregulation programs throughout the 1990s and regional conflicts affecting specific countries. Production last year was at 16.7 million bags, representing what the ICO has called “stagnation under 20 million bags” since 1990.

Here is a country-by-country breakdown of some of the most dramatic gains and losses in Africa over the past 50 years:

Asia and Oceania have made strong growth in the world coffee market in the past 50 years, particularly during the past 20 years with the huge development of robusta production in Vietnam. From 1963 to 1990, the region represented 9.7 percent of the world’s production, and that number spiked to 23.5 percent (a yearly average of 26.5 million bags) from 1990 to 2013. The region’s growth continues, producing 42.4 million bags last year.

Total production has increased in Central America and Mexico to an average of 18 million bags in the free market period, up from 13.8 million in the controlled period, although the region’s share of the world’s market has decreased, from 18.1 percent to 15.9 percent. As we’ve covered extensively on this site, output in Central America and Mexico has been substantially affected by leaf rust disease (la roya) in the past two years. As a result, many of the countries in Central America had an output similar to that in 1990, resulting not in negative growth but in a smaller share of the global market.

Led by Brazil, South America has been the world’s largest coffee growing region throughout the past 50 years, accounting for nearly 47 percent (an average of 52.5 million bags) of the world’s coffee production since the free market took hold in 1990, and 47.2 percent during the controlled period from 1963-1989. For crop year 2012/13, total production was estimated 67.6 million bags, up 25 million bags from 1990.

Having very little knowledge of the amazing journey the coffee bean makes until my son made me aware, I see the value of the fair trade system and I’m trying to encourage friends to be aware and enjoy good coffee>

As far as I understand, Brazil has been the World’s top coffee producer since 1880.