Coming Soon: A World Atlas of Coffee from James Hoffmann 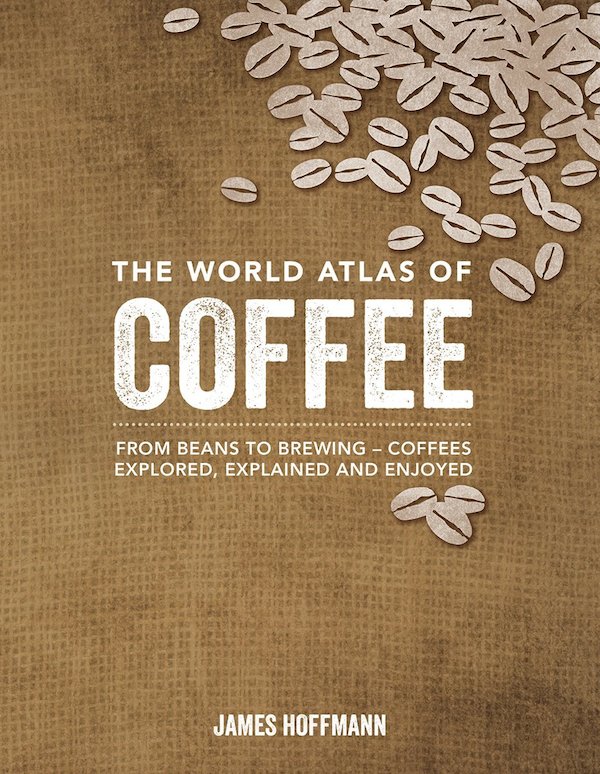 James Hoffmann has just announced the release of his first book, “The World Atlas of Coffee,” scheduled for release Oct. 6 in the UK through Mitchell Beazley and the Octopus Publishing Group and Oct. 21 in the U.S. through Firefly Books.

The co-founder of London-based Square Mile Coffee Roasters and 2006 World Barista Champion, Hoffmann has been an influential figure in the specialty industry over the past decade, attracting followers through his thoughtful Jimseven blog and, most recently, through a narrative-style print journal he co-founded called Longberry.

Hoffmann says he was approached by a publishing company about the book idea, and describes the endeavor as one of the most difficult things he has ever done. The publisher describes the atlas as “a beautiful world guide to the brown bean” that takes readers on a tour of coffee growing countries, including a comprehensive look at coffee’s growing history, cultural significance and modern place. More specifically, the atlas promises to include these kinds of details:

– The history of coffee generally and regionally
– The role of colonialism (for example, in Burundi under colonial rule of Belgium, coffee production was best described as coercive. Every peasant farmer had to cultivate at least 50 coffee trees near their home.)
– Map of growing regions and detail maps
– Charts explaining differences in growing regions within a country
– Inset boxes (For example, what is the Potato Defect? Is Cuban coffee legal in the United States?)
– The politics of coffee and the fair trade, organic and shade grown phenomena
– Beautiful color photographs taken in the field.

There is some question as to whom the book is for, although it appears to be largely consumer-focused. In an announcement today, Hoffmann shared the following:

I had one unusual challenge in writing this – focusing on exactly who I was writing this for. I wanted to produce something valuable to those coming into the industry who want to learn, and also something that’s a useful reference for those of us who’ve worked in coffee for some time. More than both of this, I wanted to write something for all our customers – the people who go out and buy, brew, drink and enjoy coffee every day. I believe that understanding something more can make it more enjoyable, and I wanted to make more of coffee accessible rather than make it more mysterious and exclusive. I want to help people to understand what they like, explore what they don’t know yet, and feel more confident in the somewhat intimidating world of specialty coffee.

The book isn’t about me, or about Square Mile Coffee, but just about coffee. The book is divided into three sections: an introduction to coffee in general, a section on brewing techniques (aimed at making professional standards accessible and worthwhile to home users) and then the atlas section, with individual countries divided by continent.

This third section was the killer. Finding accurate, credible information and facts that can be double checked felt nigh on impossible sometimes. I’m aware that the moment we publish the book some facts will be wrong, or be disputable. This is why I am hopeful this does well enough for a second edition (which will also be out of date the moment it is published!).