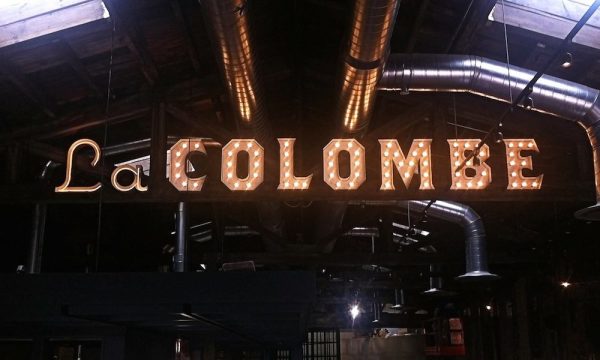 Philadelphia-based roaster and retailer La Colombe has signed a deal for approximately $28.5 million worth of private investments, with plans to open upwards of 100 new cafes in major U.S. cities over the next five years.

Todd Carmichael, who founded La Colombe in 1993 with his friend and business partner JP Iberti, said the deal was signed Aug. 31, on his 51st birthday, following months of contact with investors. “Thank God I never have to do that again,” Carmichael told Daily Coffee News by phone today. “It was like the Brewers Cup with guys in suits.”

The investment comes as La Colombe is putting the finishing touches on its most ambitious facility to date, a coffee headquarters, lab, bakery and distillery that Carmichael said may open late next week in Philly’s Fishtown.

“We’ve gotten to the 20-year mark,” Carmichael said of La Colombe. “JP and I, we kind of work in five year shifts, where we say, ‘What are we going to do for the next five years?’ This time we wondered if we should take it easy or step on the gas, and we did the latter.”

Carmichael said seven new leases for retail locations have already been signed, most of which are in markets in which La Colombe already operates, including Philadelphia, Washington D.C., Chicago and New York, but the company is also looking at moving into Boston, Baltimore, and parts of the West coast.

“We’ve found some great locations focused in our area but we’re always shopping,” Carmichael said. “I really respect what is going on in California. Having the ability to be involved in New York, Chicago and L.A. — I’d love to be in those communities.” 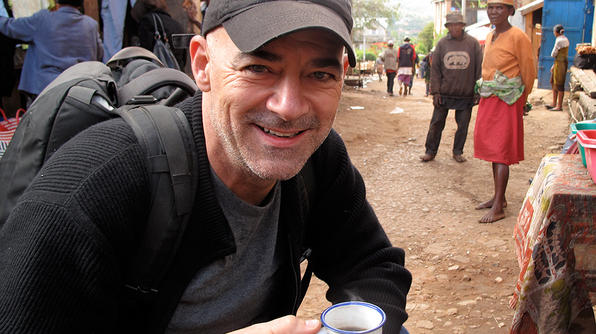 Carmichael on the set of “Dangerous Grounds”

The company could also make some moves in the Northwest. “It’s kind of like the Odyssey,” Carmichael said. “No huge voyage is complete without the main character going home. So there’s always this idea that I’d like to go back and open a couple cafes in Seattle. I learned to roast in the Bay area in Oakland, and in San Francisco, but I really became a coffee man in Seattle. I’m always looking West because there’s something romantic in that.”

It is difficult Carmichael has much time for romanticism these days. In addition to the running the distillery and the Fishtown opening, the star of the Travel Channel’s “Dangerous Grounds” still has three more episodes to film in season three; he’s just decided to compete again in the U.S. Brewers Cup; and he’s just released his own brewing device, The Dragon.

It’s about to be a busy five years, although Carmichael suggests that La Colombe’s two-decade pattern of slow growth have built it to the point that it can absorb such a hefty investment.

“For me, the rule of thumb was always, I never sold a share, ever,” Carmichael says. “It was me and JP, 50/50, and all the money we put right back into the company. You need the company to get big enough that it can really help itself.”

No word at all about the investors??

You better open one in Phoenix,Az ,I will be there everyday ….working 🙂

Hi ,
my name is Izak Cohen i like the product and I am intrested of becoming a a franchose of La Colombe coffee in long island area in NY .
how can i become one?