Avocado Toast is Out, and Other 2015 Coffee Retail Trends from Baum + Whiteman 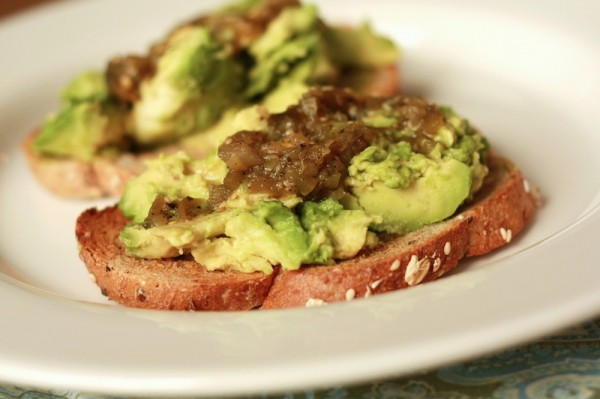 Avocado toast, kale and Sriracha are all on the way out, while oysters, root vegetables and hummus are trending upward. This according to the entertaining annual trends report published by New York-based restaurant consultancy Baum + Whiteman.

The 2015 report — which includes plenty of speculation on the coffee retail industry — first reads like a kind of directionless diatribe, but the resume of the man behind it, Michael Whiteman, suggests one big finger on the hospitality industry’s pulse.

Whiteman, the creator and former editor of Nation’s Restaurant News, partnered with longtime restaurateur Joseph Baum in 1970 to create the firm, subsequently creating two of the most high-profile restaurants in the world — the revitalized Rainbow Room at 30 Rockefeller Plaza and Windows on the World at The World Trade Center — inventing the modern food court concept, and creating innumerable independent restaurants all over the globe.

So what does Whiteman have to say about 2015? On his downward trends report, he gives one “pestilent” 2014 menu item an especially dishonorable mention: toast. He writes (unedited):

Toast Should Be Toast: Free us from $4-and-up slices of “artisan toast!” For example … “hand-crafted 12-grain bread sliced to order and bronzed over an oak fire, then spread with organic beach plum jelly harvested by genuine hipsters and topped with pink Himalayan sea salt ground a la minute” … despite all those words it still is just toast and jelly. Toast used to come with your eggs and cost … nothing. Now toast claims it own space on menus of coffee houses, cafes and bruncherias. Some have sprawling toast menus … Toast Ballard in Seattle has 13 offerings; Sqirl in LA gets $7 for Burnt Brioche Toast with house ricotta and seasonal jam. Perhaps the most Instagrammable is mashed avocado toast … NYC Cafe Gitane’s version with avocado, lemon juice, olive oil, chili flakes on a slice of seven grain toast is $7.25. Someone please smear smoked kale jelly on toast and put an end to this pestilence.

(Related: Toast: A Controversial Symbol of the Avant-Garde, or Just Toast?)

On coffee shops, Whiteman suggests the strength of the drink programs at chains like Starbucks and Dunkin’ should force independent owners to diversify menus and do everything they can to fill down times. He also invents the concept of “fourth place.” We’re not totally sure what it means, but he said it in this question-filled analysis of the “Next Gen Coffee Shop:”

Beer and wine sometimes helps … but then you need the proper go-withs, so along come limited menus that often don’t augment the alcohol experience. “Ahh … maybe we need charcuterie boards” … and then the slippery slope into exploding menus: Artisan sodas; cold-pressed juices; boozy juice-based cocktails; patisserie-quality desserts; salads; shakeratos with tea and coffee in infinite flavors; cold brewed coffee and pourover coffee; ultra-local craft beer; even live entertainment if space is available. Does it work, or are we over-supplied with “joe?” The coffee business is moving from the “third place” to maybe a “fourth place.”

Nothing Whiteman says will stop avocados from being delicious.