Mystery Solved: See Who Is Supplying Coffee to the White House 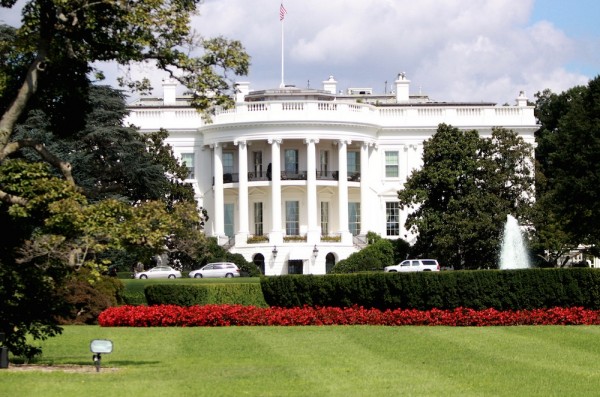 Earlier this year, Boston Globe reporter Matt Viser asserted that the coffee supplier for the White House had become something of a state secret.

With little cooperation from the White House staff, Viser continued to pry, finding some evidence of supply relationships with a Hawaiian Kona coffee company, Starbucks and local roaster/retailer Swing’s Coffee. At a recent White House black-tie holiday dinner for members of the press, Viser discovered an opportunity for some first-hand detective work, in the form of a large coffee station.

In a story today, he recounts a mystery solved:

In an ellegant (sic.) hallway, near a portrait of John F. Kennedy and just outside the State Dining Room, was a coffee station. A giant silver urn and stacks of porcelian (sic.) cups were suddenly in front of me.

And after months of unanswered questions, I spotted an attendant pouring cups of coffee for anyone who approached.

“What kind of coffee are you serving?” I asked.

We’ve often seen line items accounting for coffee service leveraged for political purposes and accusations of unnecessary spending, and the White House is playing it safe here. The decidedly dark Caffe Verona blend is one of Starbucks’ most popular and readily available wholesale coffees.

Viser questions whether the coffee stands up to the grandeur of the formal dinner, but we know for certain President Obama probably doesn’t give it much thought. Unlike Presidents past famous for their faithfulness to coffee — including John Adams, Theodore Roosevelt and Warren G. Harding — Obama likes to mix things up.

how can the biggest powerhouse in the world even function off Starbucks coffee… yuck. Blue bottle should send them a care package, urgently!