Strolling through downtown Boston about eight years ago, I was confronted with this hideous monolith. I recall thinking, “This is an odd place for a prison.” 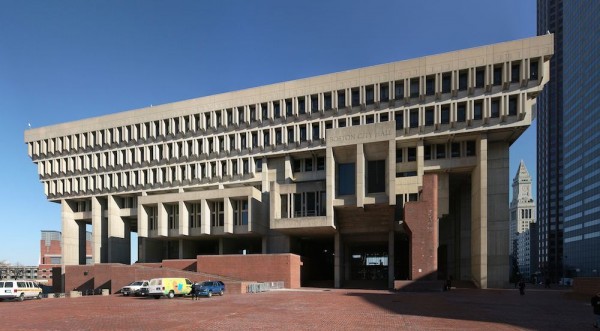 It turns out the building is actually Boston City Hall, which since its construction in 1968 has been a fairly controversial structure and a towering representation of 1950s to 1970s brutalist architecture.

To their credit, Boston civic leaders have been working in recent years to help soften and improve the building — inside at least. One of the most striking improvements is the creation of the “Stairs of Fabulousness” that now help define the third floor mezzanine. The stairs — lined with no-skid tape in colors of the rainbow — were the brainchild of Boston’s Earthsign Studios and grew out of the Mayor’s Public Space Invitational. 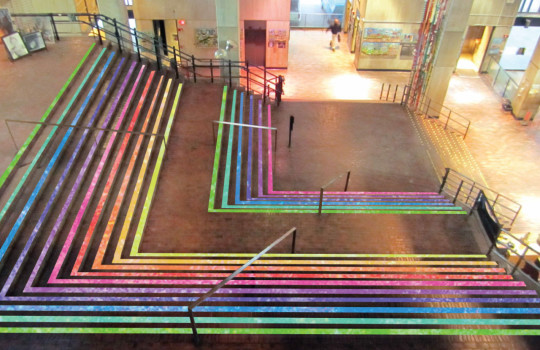 As of noon Eastern time today, those stairs lead to yet another City Hall improvement, a brew bar run by local roaster/retailer Boston Brewin (get it, hockey fans?). The new bar was another initiative of the mayor’s office that wanted to support local businesses that purport civic pride and ethical practices. 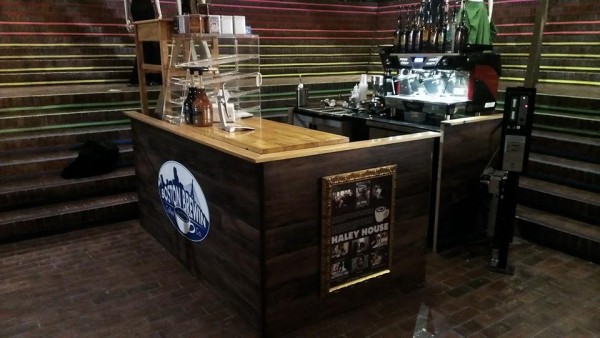 The small brew bar is technically Boston Brewin’s third location, and the company is hoping to soon add a fourth.