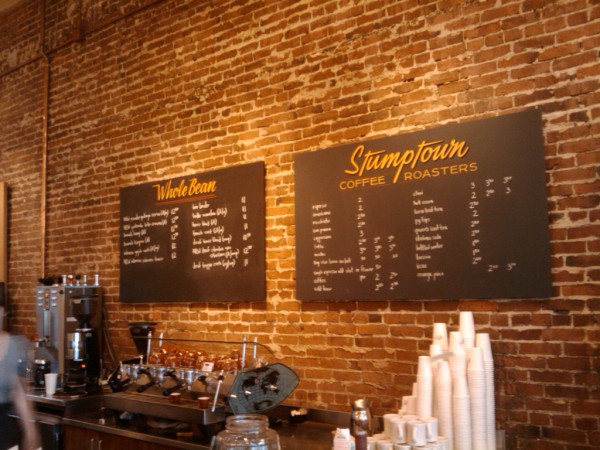 The private-equity investment group that owns a majority stake in Stumptown Coffee Roasters is working on a potential deal to sell, according to a Wall Street Journal report that broke Friday afternoon.

The WSJ doesn’t name sources behind the report, instead referring to “people familiar with the matter” and “a person familiar with the investment” who told the paper that TSG Consumer Partners LLC currently holds an approximately 90 percent stake in the Portland-based company.

From the Wall Street Journal:

TSG Consumer Partners LLC is working with financial advisers on a potential sale of its majority stake in the Portland, Ore.-based coffee roaster and retailer, according to people familiar with the matter.

The consumer-focused private-equity firm’s stake in Stumptown is roughly 90%, said a person familiar with the investment. It isn’t clear whether Stumptown founder Duane Sorenson will have a stake following any deal for TSG’s portion of the company.

TSG has a history of investing in and building brands, then selling its stake for a hefty profit. If completed, the Stumptown deal would follow a pattern TSG has established for national brands such as Vitamainwater, which it sold to the Tata Group, and Smart Balance, which it sold to Boulder Specialty Foods. A 2011 piece by Oliver Strand for the New York Times might have predicted this potential next for the Stumptown brand.

TSG invested in its majority stake in Stumptown in 2011, a move that was publicly criticized by some people in the coffee world who suggested the Portland company, one recognized as a leader in specialty coffee’s current wave, was “going corporate.” The most public of these criticisms came from La Colombe Co-Founder Todd Carmichael. La Colombe, incidentally, is currently exploring retail expansion following a $28.5 million investment round involving numerous backers.

Since the TSG investment in Stumptown, the coffee company has expanded into Los Angeles and increased its retail presence in New York, revamped its e-commerce operations, expanded wholesale business through eliminating exclusive supplier relationships and focused heavily on ready-to-drink products.