Starbucks Claims 99% ‘Ethically Sourced’ Coffee, But What Does That Even Mean? 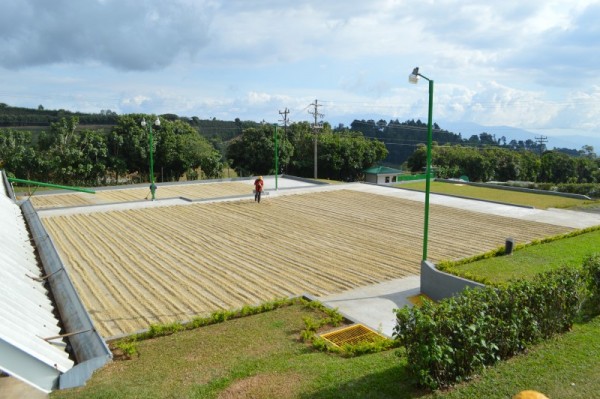 During the opening ceremonies of the SCAA 2015 Event last month in Seattle, the company’s vice president of global coffee, Craig Russell, proudly announced the 99 percent of the coffee Starbucks bought in the past year had been “ethically sourced.”

The announcement was accompanied by a brief video showing coffee plants on lush farms gently swaying in the breeze and farmers toiling away on farms and drying decks (see it here).

It all begged the question, what does Starbucks’ “ethical sourcing” even mean?

The green coffee sourcing standard used by Starbucks to purchase their coffee is known as the CAFÉ (Coffee and Farm Equity) Practices program. The standard was developed in partnership with Conservation International and an independent third-party company, SCS Global Services.

The standard encompasses four categories: product quality, economic accountability, social responsibility, and environmental leadership. Interestingly, the first two categories are prerequisites. In 2008, Starbucks set a goal that all their coffee would be purchased under CAFÉ Practices, Fairtrade, and/or some other externally audited system by 2015. In 2014, Starbucks purchased more than 209,000 tons of coffee, coming within 4 percent of that goal. Now at 99 percent, the company says it is committed to chasing the final 1 percent.

There have been a number of updates to CAFÉ Practices, the latest coming in 2014. With Starbucks’ big announcement, now seems as good time as any for a review of the program — how it works and how it compares to other certifications, with an emphasis on environmental and ecological criteria.

Brief Overview: How it Works

CAFÉ Practices operates on a points system, with points awarded for compliance with individual “indicators.” In the latest version, 3.3, there are 185 total indicators. There are fewer for smallholders who hold less than 12 hectares, including those who are part of a cooperative. From those indicators, there are over 100 possible points to be awarded under the categories of Social Responsibility, Environmental Leadership-Coffee Growing, and Environmental Leadership-Coffee Processing. Suppliers must comply with mandatory “zero-tolerance” indicators. 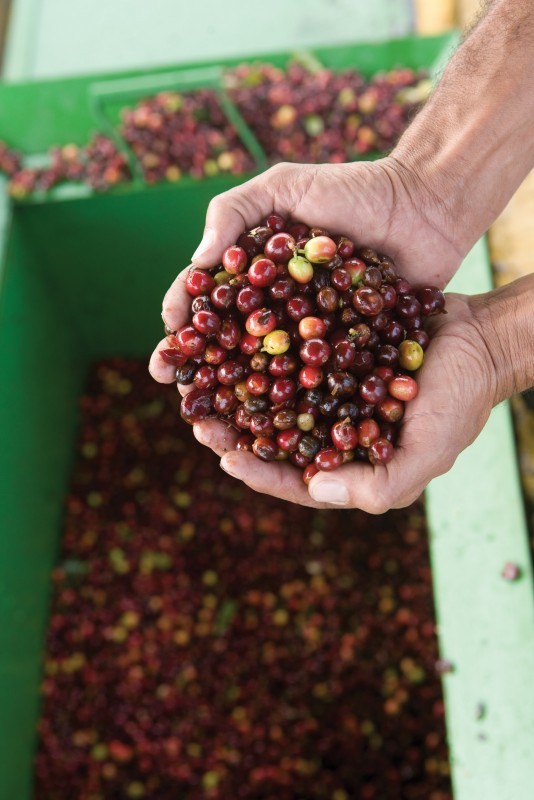 In 2012, the most recent year in which an assessment was completed, the average score for all new and renewing suppliers was 80%, with 60% of suppliers either in the “preferred” or “strategic” category.

What Kinds of Environmental Criteria are Included?

The Environmental Leadership-Coffee Growing area deals with cultivation of coffee. It consists of four principals — Protecting Water Resources, Protecting Soil Resources, Conserving Biodiversity, and Environmental Management and Monitoring — with 11 criteria and 89 indicators. Over 40 percent of the total possible points are in this area for either smallholders or larger suppliers.

Some examples of Protecting Water Resources include buffer zones next to water bodies — they include specific measurements, different criteria for permanent and intermittent water bodies, and award points for the inclusion of native vegetation. The Protecting Soil principal concerns managing erosion as well soil health, including the use of organic mulch and planting nitrogen-fixing shade trees.

The criteria for Conserving Biodiversity are Maintaining a Coffee Shade Canopy, Protecting Wildife, and Conservation Areas. Regarding shade, a point can be awarded for a minimum canopy cover of only 10%, but additional points are given for a 40% minimum, the existence of at least two canopy layers, using a diversity of tree species, using mostly native trees, and/or prohibiting invasive species. Details are given for what needs to be included in a farm’s shade management plan. Producers are also encouraged via points to establish and protect conservation areas for habitat restoration, establishing corridors between natural areas, setting aside 5 to 10 percent of the farm for a conservation area, and/or having ecological assessments performed by biologists.

Criteria for pesticides and pest control fall under Environmental Management and Monitoring. Points are awarded for ecologically-friendly practices such as using chemicals only as a last resort or on a spot-application basis and implementation of an Integrated Pest Management Plan.

How do the Starbucks CAFE Practices Environmental Standards Compare to Other Certifications?

Each certification scheme has a different format. They not only vary in the breadth and depth of the individual criteria, but also in the way the criteria are evaluated and how “points” are awarded toward certification. With those caveats in mind, Starbucks CAFÉ Practices environmental criteria are most comparable to those of the current Rainforest Alliance certification requirements in terms of their scope and goals. 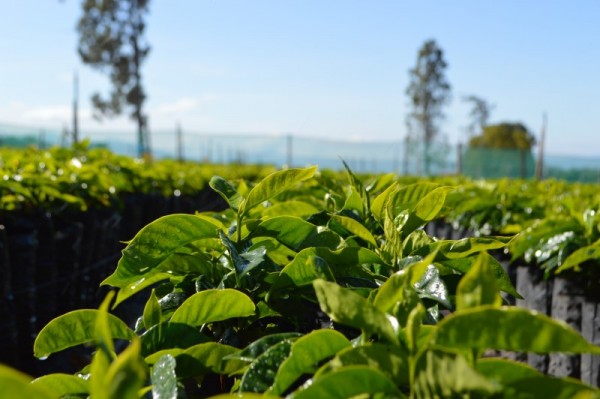 Starbucks coffee from preferred or strategic suppliers is more likely to have been grown under ecologically friendly conditions than coffee only certified by UTZ or a Fair Trade initiative, which have fewer or very general environmental standards. Bird-Friendly certified coffee, with habitat-focused criteria developed by ecologists and organic certification baked in, remains the coffee grown under the most biodiversity-friendly methods.

There has been a healthy amount of skepticism over the years regarding the role of Starbucks’ partner in the sustainability standard, the nonprofit Conservation International. One of the world’s largest conservation groups, CI’s other corporate clients include ExxonMobil, Shell, Walmart, Chevron, Coca-Cola, Nestlé, Monsanto, and Disney. However, while CI helped develop the CAFÉ Practices criteria, all verification audits are done by SCS Global Services, a neutral, financially independent third party.

That said, many large coffee companies buy a small percentage of certified coffee for a few of their brands a leave it at that. In their company-wideness alone, the efforts of Starbucks are both substantial and important. You can examine all of the Starbucks CAFÉ Practices criteria and download the standards documents and manuals online at the SCS web site. You can also download current and past Global Responsibility reports at the Starbucks website.

Julie Craves
Julie Craves is a University of Michigan ecologist and natural history and science author. The intersection of her research on habitat use by migratory birds and her love of coffee prompted her to explore coffee sustainability issues. She writes about the impact of coffee production on birds, biodiversity, and the environment, along with related topics, at Coffee & Conservation, coffeehabitat.com

I think it’s fantastic but i also think they had no choice. Starbucks is obsessed with being cool and as Coffee Culture moved beyond their mode of operation, they used their resources to catch up. That’s capitalism, not heroism.

Unfortunately, Starbucks sold its sold many years ago to the Almighty (Buck). Like a sinking ship too far out to sea they are throwing anything they can to land to keep from sinking, before the passengers notice their dire position.

There is a lot that has to happen between sourcing coffee and the customer enjoying that coffee. I have been in the coffee business for 30 years and have seen great strides in the awareness of issues at origin. The importance of ethical and sustainable sourcing is crucial However, the survival of coffee is not limited to how we source coffee but how we transport it and how we address the environmental/sustainability issues that are created at the roasting and packaging facility and how we manage these same issues in the café. these are so critical. we need to be better in looking up and out across the entire supply chain not limit our responsibility to how we behave at origin.

“You” can’t do the right things in Vietnam, the bigest robusta supplier. Consumers paid more and they want to help farmers practice UTZ, 4C…progams but so far Vietnamese farmers don’t get any benefit and nothing change.
If roasters really want have “ethical sourcing”, they should come to Vietnam.

D.Pham, I absolutely agree. The evolution of this industry is simple. Roasters meet farmers, farmers sell to Roasters. Its not a viable option for every roaster but thankfully there are companies like Cafe Imports for those of us lacking the heavy capital.

If you are into birds and coffee as well as fair trade and sustainability..May I suggest you research Dean’s Beans?The owner won the Oslo business award and us the coffee guru on these very subjects!!!

himm- then why this….? https://www.csmonitor.com/World/Global-Issues/2013/0721/Follow-your-labels-Starbucks-coffee-farmers-who-never-heard-of-Starbucks