May I Speak Frankly About Why Coffee is Behind in the Breeding Game? 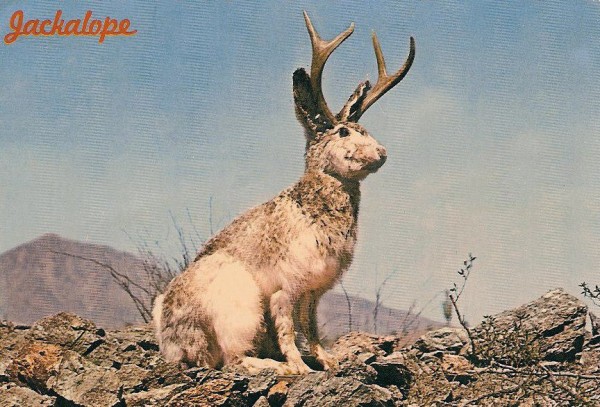 Greek mythology is full of mythical beasts that are created from a fusion of two distinct entities. Some great examples are the centaur, a half-human, half horse warrior and the harpy, a bird of prey with a woman’s face and chest. These are extreme examples of hybrids – the offspring of two very distinct individuals with a mix of traits from the two parents.

In plant breeding, hybridization is the basic tool for varietal development. For coffee varieties, the most (in)famous hybrid is the Hybrid of Timor (HdT), a natural cross between Arabica and Robusta that was found on the island of Timor. The subsequent lines developed from the HdT were resistant to coffee leaf rust, a trait inherited from the Robusta parent with some of the cup quality associated with arabica. The derivative lines created from this original hybrid are now called catimores (Caturra x HdT) and sarchimore (Villa Sarchi x HdT).  Because of their robusta grandparent, these varieties still have a stigma of a weaker cup, however, due to their resistance to coffee leaf rust, these varieties are important tools for farmers to combat la roya in Central America.

The new hybrid coffee varieties, H1 and H3, that are being commercialized by ECOM in Nicaragua, Costa Rica and Mexico  are a cross between two arabica varieties taken from very different environments. In this case, H1 is a cross between a Sarchimore and Rume Sudan, a wild-type arabica variety. H3 is a cross between Caturra and an Ethiopian variety. In order to create these hybrids, the breeders cross them through hand pollination. The resulting offspring are called F1 hybrids. All the seeds that result from this combination are grown to maturity. This offspring, the F1s, have some genetic recombination of the parents, plus an extra bit of robustness that comes from the unique genetic combination, called hybrid vigor or heterosis in biological terms.  The breeders pick one plant that expresses the right combination of disease resistance, yield, and taste to become the start of the new line.

In a perfect world, we could plant thousands of these seeds – and we do for corn and other annual crops. However, the biology of a coffee plant works against us here. For each coffee flower that is hand-pollinated in our breeding experiment above, we generate one seed. When you hand pollinate maize, you could get around 800 kernels in one ear. Therefore, to massively produce hybrid coffee varieties, breeders needed to figure out how to get around this issue.

They looked to plant tissue culture to solve this. Plant tissue culture is a suite of laboratory techniques by which undifferentiated plant cells can be coaxed into regenerating a whole plant. Undifferentiated means that the cellular signaling that determines if a cell becomes a root, leaf, seed or other specialized part of the plant is turned off. For years these techniques have been used to reproduce crops such as bananas, or cassava, by using a cutting or a shoot.  However, in order to adapt this technique to a woody perennial crop like coffee required detailed study and adaptation of these previous methods to propagate plants in the laboratory. Today, the technique is used to create millions of plants from a single F1 individual. 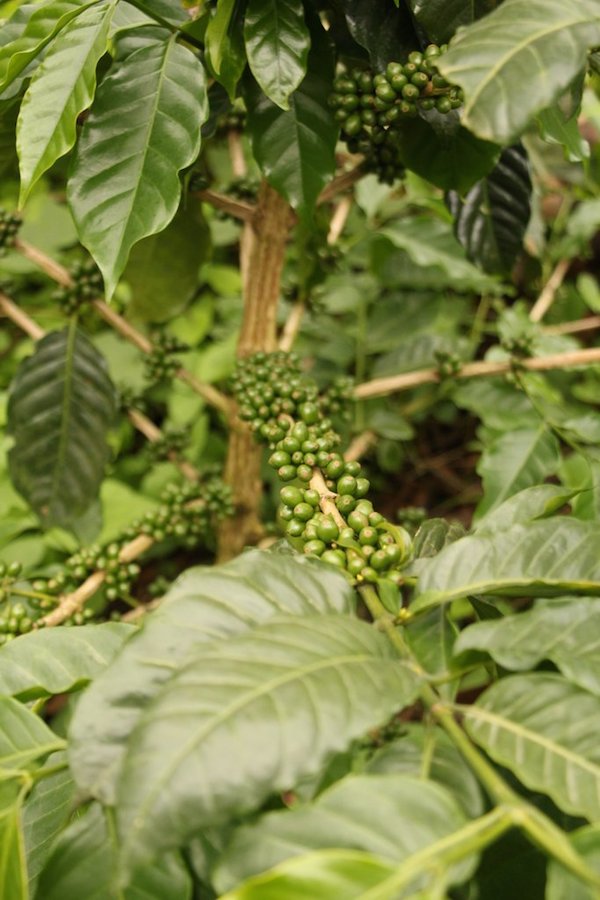 To start, a hole punch is used to take a tissue sample from a leaf from one individual hybrid plant. Through manipulation of various mediums and plant hormones, this tissue sample starts to produce undifferentiated cells. This mass of cells is then separated and each clump of cells starts to grow. Once the mass of cells reaches a certain size, the hormone dosage is altered and these cells start to generate a seedling. The seedling then gets placed in the greenhouse until it is big enough to go to the field. The process can take up to 14 to 18 months, much longer than the 3 to 4 months it takes to germinate seeds in a nursery and get them out to the field. But the results are impressive, as thousands of plants can be generated from the first sample. To get to this point, it required years of research, trial and error and investment.

These plants would not be in the field now if it were not for a private-public partnership to develop and commercialize these varieties. Without the injection of private money to develop and sell the plants, these plants would have remained in the laboratory.  For a global industry as large and valuable as coffee, there is a surprising lack of support for basic coffee research and the development of new varieties. Tim Schilling of the World Coffee Research Institute makes the case that coffee is an orphan crop. Coffee has about 40 plant breeders working to create new varieties, in comparison to the thousands for any other global commodity crop (soy, maize, wheat).

I recently re-encountered a friend from graduate school who is now working as a plant breeder at CIAT. She is the forage crop breeder, working on improving the productivity of Brachiaria – the single most important forage grass in all of the tropics. She is probably one of only 4 or 5 breeders in the world who are specifically working on this grass – much less than the number working in coffee. However, what struck me was the public-private financing model that was ensuring the continuity of her program. Her breeding program is not funded by a continuous cycle of three-year grants, but rather with a long term base commitment from her institution that is augmented by a commercial agreement with a seed distributor, ensuring that the work that she develops will get disseminated and a share of the proceeds will be returned to fund the development of the next lines.

This is amazing news! If we could only get Monsanto involved somehow…