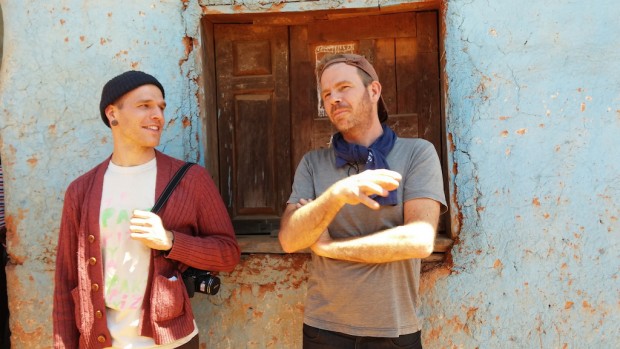 “When I first started working with [founders Robert Thoresen and Bjørnar Hafslund], I did think there was a core market they were looking for, which was really small, highly focused on absolute best quality,” Collaborative Coffee Source’s Melanie Leeson recently told Daily Coffee News. “But the more I got to know them and the more events we did together, the more I realized they’re not picky, and I’m not picky, about any particular kind of roaster that reaches out to us. If someone is interested in the kind of quality coffee we have, we’ll sell it to them.”

That attitude led to a relationship in New York, where Thoresen was spending time at the Pulley Collective while roasting for Kaffe 1668 under the name Red Roasters. At Pulley, Thoresen would cross paths with David Stallings, a roaster and buyer who helped establish Blue Bottle‘s Brooklyn roastery before roasting for Parlor Coffee.

“I met Robert and really liked what they were doing as a company, so here we are,” says Stallings.

Here is a new North American Division for Collaborative Coffee Source, to which Stallings is the representative. Previously, any CCS coffees making their way to the States first traveled through a warehouse in Belgium, but the first containers from several parts of Africa are currently en route direct to New York.

For Stallings, a longtime green coffee buyer, the new position is something of a jump to the other side of the table.

“It’s interesting because it’s almost the opposite of what I’ve been doing the last few years,” Stallings says. “It’s not like we are only focused on super micro roasters buying super small lots, but that is what I have encountered most so far, and I definitely feel a level of comfort in communicating with those people because I feel like I was just there. Also, if there are any insecurities because they may be new to green buying, I feel really comfortable communicating with them. It’s a lot of fun.”

As the company continues to expand its core business, look for another edition of Le Carnaval du Café, an event CCS has put on twice since 2012 in Paris designed as an information-sharing and education platform for people throughout the specialty coffee chain. Leeson tells us that New York is a likely candidate if the company is to hold the event in a consuming country, although there has been some discussion of holding an event at origin, in Ethiopia, where CCS has some deep connections.

Your initiative is very great….