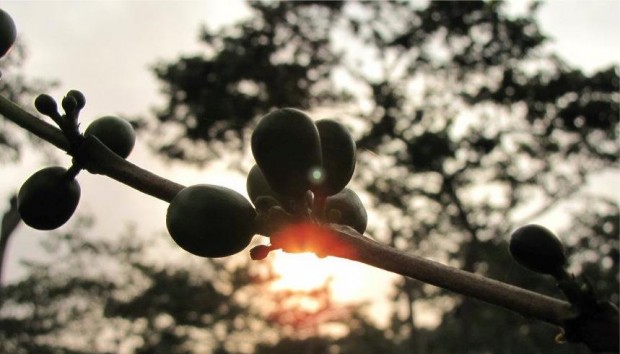 The Alliance for Coffee Excellence is suspending the Cup of Excellence awards in five countries as it revamps the program’s operations. The group announced the changes in a letter to its membership signed by ACE board of directors chair Geoff Watts, who described the scaling back of the program as temporary.

ACE produces the Cup of Excellence, which was first launched in 1999 in Brazil and has since grown to include programs in 11 coffee-producing countries. Cup of Excellence involves organizing individual farms in a given host country to submit samples for rigorous cupping from international judges followed by an awards program. Coffees are also widely distributed to potential buyers as samples, and the event concludes with a public online auction.

While ACE will maintain CoE programming in Brazil, Colombia, Costa Rica, Guatemala and Honduras in 2016, the group is suspending the events in Burundi, El Salvador, Mexico, Nicaragua and Rwanda. This, of course, will affect farmers who have come to depend on Cup of Excellence as a means for verifiable quality differentiation and premium market access through ACE’s large stable of buyer members.

The decision to scale back the event came as a surprise to many ACE members, some of whom have been sharply critical of the move — and particularly the way it was communicated to them — on social media and other online public forums. ACE says it communicated with its partner representatives in organizing countries just prior to sending the letter to its membership, after the decision was made last week.

According to Watts’ letter, the change is merely temporary as ACE’s small staff works to improve the program throughout the year. ACE says it intends to develop a new auction platform, update existing competition protocols, develop an electronic cupping form, and improve post-auction coffee delivery systems.

(editor’s note: An earlier version of this story incorrectly stated that Cup of Excellence programs were being suspended in six countries, including Bolivia. However, Bolivia has not had a Cup of Excellence event since 2009.)

Here is the letter to ACE’s membership in full:

We value and appreciate your support of and commitment to The Alliance for Coffee Excellence (ACE) and the Cup of Excellence program. Many of you are also COE auction buyers, and as such, you are an integral part of the process that rewards those farmers who produce winning COE coffees.

As you know, the Cup of Excellence competition has existed for sixteen years. Much has changed in that time, in both the specialty coffee world and the world of technology. The time has now come for ACE to “fine-tune” and upgrade the COE process. As part of a long-term strategic plan, our focus will be on four items:

We hope to have these new COE pieces in place for the 2016 competition season. The goal, of course, is to increase the auction prices paid to farmers and ensure that COE coffees continue to represent the pinnacle of excellence.

The changes we are implementing are exciting, and we believe they will result in more opportunities for coffee growers, more incredible coffees, and far better customer service for buyers. All of the planned improvements are designed with the express purpose of making sure the Cup of Excellence that we all care so much about can continue to be the most impactful coffee quality program in the industry.

Given our staff size, however, it is very difficult to institute these changes while still maintaining a full COE schedule next year. As a result, the ACE Board of Directors has determined that it is necessary to scale back the COE competition schedule for 2016. This is a temporary move, one that we expect will result in even bigger and better competitions in 2017 and future years.

In 2016, COE competitions will be held in the following five countries: Brazil, Colombia, Costa Rica, Guatemala and Honduras. Once we have implemented the new auction platform and competition standards in these countries next year, we intend to significantly scale up again, with COE competitions in many of the same countries we have worked with in the past, and hopefully new countries as well.

Our decision to temporarily scale back COE competitions in 2016 was a very difficult one for the board. We understand that this decision will impact farmers in countries without a COE program next year, and will also mean that in 2016, there will be fewer COE coffees for our members to buy. Ultimately, however, the board determined that this step was necessary to ensure that program changes can be successfully implemented and consistently replicated across all country programs.

We have had personal conversations with all of our partner organizations to inform them of these decisions, and we very much appreciate their cooperation and understanding during this transition period. We are still developing the ACE membership plan for 2016, but we will send you the 2016 membership details later this year. Given the shift in the competition schedule for next year, we expect new membership registration, as well as COE jury registration, to occur on the ACE website in early January 2016.

If you have any questions, please contact me at [email protected], or Debbie Hill, our Executive Director, at [email protected] Again, our members are the lifeblood of our organization and we appreciate your support as the COE program continues to evolve.

Being corrupt tournament ? is supposed to be choosing the right person who
Won.. Not like in our country . Dont make our passion become like that we respect each one another love our passion..

I thought long and hard of your comment. How can the Cup of Excellence become better in scaling back in coffee producing nations that can participate? You mentioned Nicaragua in your comment. Why would you suspend the participation of a country and leave its neighboring countries (Guatemala, Honduras and Costa Rica). The beauty of coffee is that each country has its traits and taste, those are not adjusted to trends! A consumer seeks what It wants from where it is best produced in its natural market. Wines are not all the same, you seek certain properties from where it comes from.

This is my goal
To my life but its hard to have this but in my situation its a big ????? Mark i wish someday i become one of them i admire like Markneil , Lucky, vannesa
I wish i can have a throwdown ..

There is absolutely no logic in this decision. It simply becomes who pays more to be part of the game. If you are going to perfect a model, you simply do it! You don’t scale back on coffee producing countries that can participate. Just like the US Govt cracked down on FIFA Soccer on Corruption, it should also investigate Cup of Excellence for corruption.